Sixty years ago, the people of Hungary launched an uprising against their Communist rulers. Soviet troops quickly crushed the revolt on November 4, 1956. A few days later the first refugees arrived in Switzerland.

Some 2,600 people died in clashes that lasted around ten days. Thousands were imprisoned and hundreds were executed. The invasion of Soviet troops triggered a mass exodus. Around 200,000 Hungarians fled to western European countries; 14,000 of them found safety in Switzerland. Many of them were well-educated people who, under Soviet rule, would have had to give up their standard of living as well as hope of freedom.

In Switzerland, they were received mainly with open arms. The local population felt sympathy for people who had rebelled against Soviet communism. Hundreds of people took to the Swiss streets to show their solidarity with the insurgents.

Most Hungarians and their descendants have quickly managed to integrate into the new society. They knew that it might take years to return home, so many still feel gratitude for their new home: Switzerland. 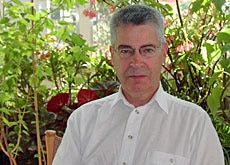 Historian Andreas Oplatka relives for swissinfo his experience of the Hungarian uprising 50 years ago and being a young refugee in Switzerland. ...

Every day, thousands of refugees and migrants are crossing European borders, searching for protection or a better life. It is posing an ...

Carl Lutz The Swiss diplomat who saved thousands of Jews

Carl Lutz was a Swiss diplomat in Budapest during the Second World War. After the Nazis invaded Hungary, a new film highlights Lutz’s efforts to ...

War, natural disasters, migration, personal conflicts: the reasons why families and friends are torn apart are myriad. The tracing services ...