Switzerland is experiencing a new baby boom – bigger than it’s been in over two decades. The average number of children per woman has also hit a new high.

Francois Höpflinger, a family sociologist at the University of Zurich, told the Schweiz am Sonntag newspaper that the Swiss baby boom can be attributed at least partially to a feeling of wanting to focus on the family in a period of global uncertainty.

“In an uncertain, fast-moving world, the family becomes a sort of island,” he said. “Traditional values are becoming more important.”

Höpflinger also pointed out that Swiss cities are experiencing a sort of mini baby boom, with young couples – the children of the post-war “baby boomer” generation – choosing to remain in urban areas instead of moving to suburbs. Foreign women tend to have more children than Swiss women and also tend to live in cities, which also contributes to the urban baby boom.

However, overall, rural areas still see the most children born per woman, at 1.77 in the Appenzell region compared to 1.55 in Zurich or 1.37 in Basel.

With its increasing birthrate, Switzerland is catching up with Scandinavian countries like Sweden and Norway, where the birthrates are 1.8 and 1.9 per woman, respectively. However, Höpfliger told the Schweiz am Sonntag that Switzerland’s family policies need to evolve in the same direction in order for the birthrate to reach similar numbers. Child care remains expensive in Switzerland, and the Swiss government spends 1.6% of GDP on families compared to an average of 4% in Scandinavian countries.

Human lactation research Zurich to have first ‘professor of breast-feeding’

Switzerland is to host the first university medical professorship worldwide for studying the benefits of breast milk – a topic experts say is ...

Childbirth Your baby’s on the way

Luzia Brand from Libingen in Toggenburg has helped 6,000 babies into the world. She has been a midwife for 50 years and still hasn’t had enough of it. 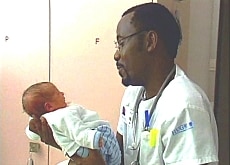 The arrival of Switzerland’s first male midwife, 33-year-old Burundian Majaliwa Vyankandondera, at Geneva University Hospital has caused quite a stir. 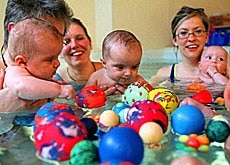 The number of babies being born in Switzerland has fallen to its lowest level for a quarter of a century, according to official figures. Experts ...

No national programme In terms of sex ed, schools do their own thing

Spirits are high at a Basel secondary school: today they’re going to talk about sex. Whether it’s a typical lesson is hard to say as Switzerland ...

By Susan Misicka in Basel

The audience of classic concerts is aging faster than the general population. If the trend continues, many musicians will soon be left without jobs.

Switzerland’s rate of births out of wedlock is half the European Union average, even if it is on the rise. Many couples only marry once a baby is ...

Family planning clinic To abort or not, helping women figure it out

Deciding whether to go through with an unplanned pregnancy can be difficult. Staff members at a clinic in Bern offer support to women of all ages ...