Luca was the most popular boy's name in Switzerland in 2007, ranking high in all four national language regions, with Sara or Sarah the favourite for girls.

Lena and Tim topped the list of most popular baby names in German-speaking Switzerland in 2007, while Nathan and Emma were the favourites in French-speaking regions.

According to the latest "first name hit parade" released by the Federal Statistics Office on Wednesday, Sara and Nina were next in line after Lena, with Noah and Luca not far behind Tim.

In Italian-speaking Ticino, the leading names for bambini were Alessandro and Sara.

Switzerland's 35,000 Romansh speakers do reproduce, but the small number of births means the lists vary greatly from year to year. In 2007 three Daniels, Livios and Lucas were born, enough to top the boys' charts. Six girls were named Laura.

Often "rapid climbers" reflect the popularity that year of people in the public eye. For example Kevin rocketed in Switzerland after the success of the Home Alone films and Fiona more than doubled between 2003 and 2005, possibly as a result of Fiona Hefti, Miss Switzerland in 2004.

It is unclear why two of Switzerland's biggest jumpers in 2007 were Eliza and Ethan.

The biggest losers of the 2007 were compound names, such as Jean-Michel or Anne-Sophie, which failed to feature in the top 48 names in any region.

One of the reasons why they didn't in the past go for unusual names was that they couldn't: local registry offices would veto any names deemed inappropriate. Objects are banned, although flowers are allowed.

In one relatively high-profile case ten years ago, Christine Lauterburg, a famous-within-Switzerland musician, was told she couldn't call her daughter "Lexikon".

Nowadays however all local registries agree with the line taken by Zurich's civil registrar that "parents are basically free to choose their child's name as long as it is not likely to damage the interests of the child".

While Knox Léon and Vivienne Marcheline Jolie-Pitt would probably be accepted, the authorities might have had a word in actor Nicholas Cage's ear when he called his son Kal-El (Superman's birthname).

The Federal Statistics Office has been publishing a list of the most popular names in Switzerland since 1987.

The figures are based on data provided by the official registry offices in the 26 cantons.

Tim and Lena were the most popular names in the German-speaking part of Switzerland in 2007.
Emma and Nathan were top of the list in the French-speaking region.
Sara and Alessandro were top in the Italian-speaking regions.

Most popular baby names around the world 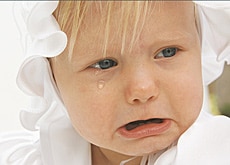 Leonie and David, Emma and Théo, Sara and Mattia were the most popular names last year in Switzerland's three main language regions. Angelina and ... 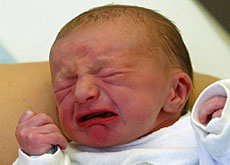 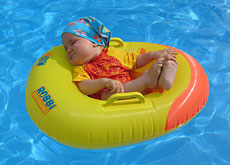 What ever happened to baby Jan?

Anna and Luca, Léa and Samuel, Sofia and Luca/Alessandro were the most popular names last year in Switzerland's three main language regions. ...