The government says it intends to stimulate the Swiss economy with up to SFr1.5 billion ($1.26 billion) in 2009 in view of the global financial crisis.

Economics Minister Doris Leuthard announced the move on Wednesday at a news conference in Bern.

Leuthard argued that all the economic forecasts for the Swiss economy had been revised downwards and that it was unclear how long the global crisis would last.

She said the government wanted to improve on the SFr200 million it freed in an economy-boosting package during the crisis of the 1990s.

Some in the seven-member cabinet have not hidden their scepticism about state intervention in recent weeks.

Leuthard said that SFr341 million would be unblocked from January, with the remainder the subject of discussions between now and February or March.

In practice, the new package takes into account decisions that have already been made.

To begin with, the government wants to lift the present freeze on credits for the federal administration.

This means that SFr205 million would be available for investments in the justice and police ministry, as well as the defence and economics ministries.

Other immediate measures include SFr66 million for protection against flooding and natural disasters, SFr20 million for federal civil construction projects and SFr45 million for energy-saving renovation work in public buildings.

A second stage will follow early next year and covers mainly building projects.

These include investments in rail infrastructure, national roads and modernising old buildings with energy-efficient systems.

The government is also set to unfreeze "crisis reserves" of SFr550 million from January 1. Six hundred and fifty companies have paid this money voluntarily into a fund that has tax benefits. The law foresees restitution of the money in the event of a crisis.

Leuthard emphasised how important it was for Swiss companies to have improved access to world markets.

She said she wanted to do everything possible to finalise as soon as possible free trade accords with Japan, Canada and states belonging to the Gulf Cooperation Council.

She added she wanted to make progress on free trade negotiations with India and other states, as well as opening such talks with China and Russia.

On the issue of the strong franc, which hampers Swiss exports, Leuthard noted that this was not in the government's domain but that of the Swiss National Bank.

The trade union umbrella group, Travail Suisse, gave a lukewarm welcome to the measures on Wednesday, saying the cabinet had finally recognised the gravity of the situation, but the package did little for low and middle-income families.

It also advised against a two-step plan and called instead for immediate investment in the modernisation of buildings and maintenance of roads and rail infrastructure.

The Swiss Business Federation was "pleasantly surprised" by the measures. The package would instil confidence, it said, but more support was needed for building projects.

The Swiss government announced on October 16 it was giving UBS a capital injection of SFr6 billion ($5.1 billion) in the form of mandatory convertible notes.

Switzerland's second-largest bank, Credit Suisse, said it had increased its capital by about SFr10 billion from several major investors, including a subsidiary of the Qatar Investment Authority.

In another move, the Swiss National Bank said it was setting up a special separate fund allowing UBS to transfer up to $60 billion.

The president of the SNB, Jean-Pierre Roth, said the package had been in preparation for weeks to restore confidence in the country's vital financial sector, which accounted for nearly 15% of gross domestic product. 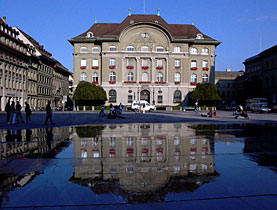 Interest rate cut "not too late"

Economists believe the decision by the Swiss National Bank (SNB) to cut interest rates again can help the economy weather the worst of the global ... 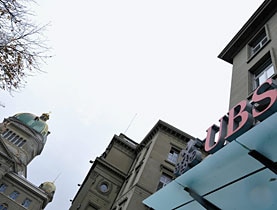 Banking experts say the plan to inject SFr6 billion ($5.23 billion) into UBS is not a rescue package so much as a move to keep Swiss financial ... 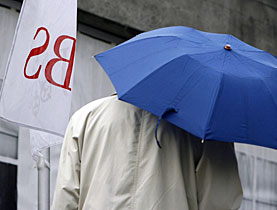