Francis Reusser, who over a long career directed dozens of films, including several adaptations of the novels of Charles-Ferdinand Ramuz, has passed away.

He died early on Friday morning after having been ill for a long time.

Born in Vevey (canton Vaud) in 1942, he began his career with French language Swiss public television, RTS, where he also produced TV magazines before directing his first feature film, “Anthony and Cleopatra”, in 1964.

Over the course of his life he went on to adapt several of the novels of the Vaud writer Charles-Ferdinand Ramuz, including “Derborance” (1985) and “La Guerre dans le Haut Pays” (1998), which featured French actress Marion Cotillard.

Director of the Swiss national film archive Frédéric Maire told the Keystone-SDA news agency on Friday that Reusser was “one of the biggest figures in our cinematic history”.

Maire added that Reusser, of the many French-language directors from the west of the country, was also one of the “most Swiss” – “he was very close to nature and he made almost all of his films in Switzerland, or in the region”, said Maire.

Earlier this week, speaking on social media, the director Jean-Luc Godard said of Reusser: “he never left Switzerland; he had one foot in the water, one foot in the mountains. Part of him is very much like [emblematic Swiss painter Ferdinand] Hodler.”

Reusser received various awards throughout his career, notably at the Locarno film festival, where he won the Golden Leopard for “Le Grand Soir” in 1976, and later the award for best French-language film, for “Derborance”.

Nevertheless, Frédéric Maire said, the wide scope of genres and themes touched upon by Reusser “perhaps did not receive the attention that they deserved”. 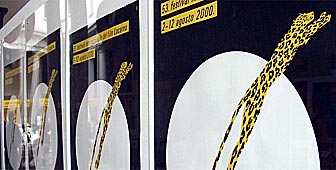 The Locarno Film Festival has handed out prizes totalling SFr50,000 ($30,000) to five Swiss screenwriters. A new prize for the best cinema ...

Locarno film festival Why are some films tough to make in Switzerland?

Filmmakers David Vogel and Samir discuss why some topics are received more critically by audiences in Switzerland, and how their childhoods have ...

The Swiss National Film Archives has inaugurated a modern new research and archive centre at Penthaz in western Switzerland.