The Swiss are voting on Sunday on a proposal to re-allow the controversial use of the ballot box to decide on naturalisation applications.

Also being voted on are a plan to limit the information given out by the federal authorities ahead of nationwide votes, and the latest health system reform proposal.

Polls suggest all three proposals could be turned down.

Five years ago the Federal Court outlawed the ballot box as a way of dealing with citizenship requests. This followed a series of allegedly discriminatory decisions, particularly against people of Balkan origin.

This prompted a challenge from the rightwing Swiss People's Party, which argues that it is up to local communities to decide on the citizenship procedure they use - whether public assembly, special panel or secret vote. It wants no right of appeal for rejected candidates.

The party has been mounting a vigorous campaign in support of its initiative, including the reappearance of its infamous poster showing hands grabbing Swiss passports.

Opponents say that reinstating the banned citizenship procedure would be discriminatory.

Switzerland, which has around 20 per cent foreigners, is widely held to have one of the toughest naturalisation processes in Europe, with people needing to wait 12 years before being eligible to apply. This compares with between four and ten years in European Union states.

This is not the first time that citizenship issues have come to vote. In 2004, the Swiss rejected simplified naturalisation procedures for second- and third-generation foreigners.

But indications are that voters are not convinced by the latest proposal.

A poll commissioned by the Swiss Broadcasting Corporation (SBC), swissinfo's parent company, and published ten days before the ballot, found that just around one-third of those asked supported the plan. This is down from the nearly 50 per cent in an earlier survey.

The second initiative up for vote is on information rules. A group of staunch conservatives, supported by the People's Party, wants to limit what federal authorities can say before ballots.

Those behind the initiative say that the government should not use taxpayers' money for "propaganda". But opponents say it's the government's job to give its point of view on the issues concerned.

The health ballot concerns a parliamentary proposal, supported by the government, to make the health insurance system more competitive and transparent – and ultimately less expensive.

Switzerland's spiralling health costs, already among the highest in the world, have been subject of much debate in the country.

The plan calls for the constitution to be amended to include an article giving a broad outline for the health system: quality, competition and the principle of free choice. It is argued that these principles are general and already in use.

Those against say that it paves the way for health insurance companies to bolster their position against the other players in the health sector, particularly doctors and the country's 26 cantons.

There have also been warnings of higher costs for patients and an end to unrestricted access to doctors.

This is the latest attempt to overhaul the system. The Swiss have voted on health matters at least five times in the past decade.

All three issues need a double majority of voters and cantons to pass. According to the latest SBC poll, both the health and information votes might not be accepted.

The government only supports the health reform. The four main political parties are split. The rest lies in the hands of the population.

A sizeable number of Radicals and Christian Democrats are supporting the People's Party.

Population: A poll on May 21 indicates all three votes will be rejected, but there has been time for opinions to change. 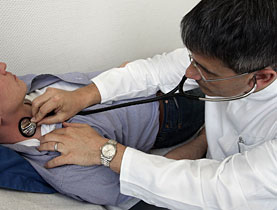 Voters face a difficult choice when they decide on the latest attempt to reform the Swiss health system, which is renowned for its high quality - ... 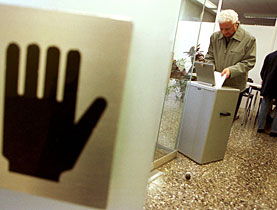 There is still a certain feeling of unease in the central Swiss town of Emmen whenever the issue of foreigners and naturalisations is raised in ... 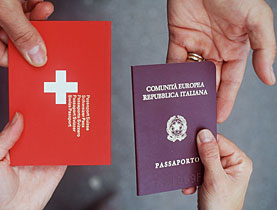 A debate is raging over Switzerland's naturalisation rate in the run-up to a nationwide ballot on citizenship procedures early next month. ...