An Algerian considered to be too close to his homeland’s Islamic Salvation Front (FIS) has seen his request for Swiss citizenship turned down by the Federal Court.

Judges in Lausanne confirmed an earlier decision by the Fribourg cantonal authorities, which considered the 61-year-old man as still being linked with the FIS.


During the naturalisation procedure he was heard by a Fribourg parliamentary committee. At that meeting, he described the FIS as a political party whose goals were to fight corruption and bring democracy to Algeria.

The committee vetoed his citizenship request in 2009, saying the FIS wanted to create an Islamic state and that it equated democracy with atheism. These positions, it added, were antithetical to Switzerland’s fundamental principles and legal system.

The court agreed, adding that the decision was not discriminatory. It pointed out that the refusal was largely based on the fact that the man had not distanced himself from FIS doctrine or its terrorist activities, presenting the movement as a democratic party.

The man was a member of the FIS until 1992, when it  was officially disbanded, and served as its secretary-general in the Algerian city of Oran.

Swiss citizenship laws have undergone dramatic changes in the past 20 years. 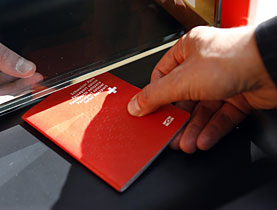 A proposal to reinstate the use of the ballot box to decide on naturalisation applications has been rejected by voters. Results show that the ... 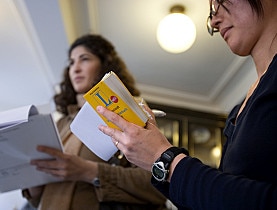 Some 80 foreigners living in Basel and Zurich are about to take part in Switzerland's first integration contract programme. But official support ...

One in five Swiss residents does not have Swiss citizenship. A glimpse into the lives of some of the foreigners living in this country. (All ...