Switzerland’s largest watch manufacturer, Swatch, has slammed a decision by the anti-trust regulator to prevent it from selling watch parts to larger customers from the start of next year. Swatch says it is considering suing the Competitions Commission (Comco) for damages.

Comcoexternal link decided on Wednesday to temporarily suspend deliveries of watch movements from Swatch’s ETA unit to big rivals from January 1, 2020. But the regulator added that it would revisit the issue, most likely next summer.

The Federation of the Swiss Watch Industryexternal link said Comco’s decision “brings a lot of insecurities for the watch sector”, particularly for 2020.

“It is important for us that Swiss brands get all the mechanical movements they need and that they have enough time to plan the production of watches. Several brands and suppliers told us that there are not enough Swiss mechanical movements on the market. But we need Swiss movements in order to produce Swiss watches. I fear that this decision could contribute to the reduction of Swiss watch exports,” federation president Jean-Daniel Pasche said in an emailed statement to swissinfo.ch.

But Comco defended its decision, arguing that it would not have such a significant impact on the market. “Is there really going to be a shortage of watch movements? I'm not sure. There's also a grey market and brands have built inventories,” Comco director Patrik Ducrey told Reuters.

Comco's verdict was the latest twist in a long-running saga dating back more than a decade when Swatch declared its intention to stop supplying watch parts to competitors, saying that its monopoly was stifling innovation. The decision caused consternation in the Swiss watch industry as at that time ETA had a monopoly in the market for producing many parts essential for assembling time pieces.

In 2013, Swatch struck a deal with Comco to continue supplying parts until the end of 2019. But in the meantime, other companies, such as Sellitaexternal link, developed their own capacity for producing movements. Because of this, Swatch now saysexternal link that Comco’s latest “incomprehensible and unacceptable” decision has merely served to “reinforce the positioning of a new dominant player [Sellita]”.

This will in turn harm the industry, says Swatch, particularly as the late timing of the decision will not give watchmakers time to prepare for the changes.

Swatch complains that Comco is “effectively driving ETA out of the market” and states that it is “de facto impossible” for it to continue to supply small companies with watch parts, which would be allowed by the regulator.

Time moves on Swatch freed from supplying rivals with parts

Switzerland’s largest watch maker, Swatch, has finally been given permission to gradually stop supplying rivals with vital parts. On Friday, the ...

Switzerland’s largest watch maker, Swatch, must abide by a 2013 deal to slowly phase out the delivery of mechanical watch movements to rivals.

A ruling by the Swiss competition watchdog is set to prolong a bitter battle among watchmakers over the delivery of moving parts, with Swatch ... 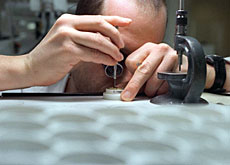 The Swiss Competition Commission says a subsidiary of the Swatch Group will continue to deliver movement blanks to other watchmakers. The ... 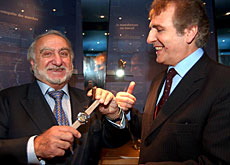 The chairman of the Swatch Group, Nicolas Hayek has warned there could be another crisis in Swiss watchmaking unless there is more innovation and ...