Blistering barnacles! A real Yeti skin has been sold in Geneva! Not exactly; it is the pelt of an Ursus arctos pruinosus, or rare Tibetan blue bear, to be more precise.

The hide was the main attraction on Wednesday at the Hotel des Ventes auction house, selling for SFr18,200 ($21,600). It was originally collected by mountaineer Sir Edmund Hillary during his famous Yeti hunt to the Himalayas in 1960.

“It’s such a curious object and fairly unique so it merited the price,” art expert Christina Robinson told swissinfo.ch. The buyer was a Geneva resident.

The previous owner of the skin also came from Switzerland. His father had bought it at Christies in London in 1978 for £1,200, said fellow auctioneer Bernard Piguet.

“He was fascinated by its rarity and everything to do with Hillary,” he explained. “It’s a blue bear from the Himalayas. But it was considered the Yeti until the expedition of Sir Edmund in 1960. He went there to find out if the Yeti was real or not.”

The New Zealand climber, who was one of the first men to scale Everest in 1953, travelled to the Himalayas with an American expedition in pursuit of the “Abominable Snowman”.

The expedition collected furs, skulls, bones and other local evidence that were sent back to Britain for scientific analysis, including the pelt currently being sold in Geneva.

Hillary, who had set out with an open mind about Yetis, reportedly completed his hunt with these words: “I am inclined to think that the realm of mythology is where the Yeti rightly belongs.”

The mission concluded that Yeti tracks were human footprints deformed by the melting snow, that Yeti sightings by Sherpas were untrustworthy, and that all the scalps were undoubtedly fakes.

Tests showed that the Geneva yeti skin was actually that of a rare Tibetan blue bear, which came from the east of the mountainous country.

Prior to the London auction in 1978, the British Museum also certified that the hide in question was indeed an Ursus arctos pruinosus.

“In terms of scientific proof all evidence shows that what we call a Yeti is actually a blue bear,” said Piguet, echoing an earlier comment by the king of Bhutan.

Yet the mythical creature continues to fascinate. Some 3,000 curious Yeti-watchers dropped by over the weekend to view the unique pelt.

Known as “migyou”, or Yeti in Tibetan, it had once decorated the throne of a religious chief at a monastery in northern Bhutan.

“There is a lot of symbolism. It’s a very important animal in Sherpa culture,” said Piguet.

Throughout the 20th century interest grew in the possible existence of the Yeti. Popular culture adopted the westernised “Abominable Snowman” in the 1920s. In 1960 Tintin encountered the Yeti in Hergé’s comic book “Tintin in Tibet”.

However, the scientific community generally regards the Yeti as a legend, given the lack of conclusive evidence.

“I think fundamentally it’s a probable no,” said Emma-Louise Nicholls from the Grant Museum of Zoology at University College London when asked whether Yetis exist.

“The absence of evidence is not evidence of absence – I think that, combined with humans’ natural thirst for knowledge, is what makes people go in search of Yetis.”

Despite claims of sightings, footprints and hair, so far there has been no rock-hard evidence such as faeces or bones, the zoologist told swissinfo.ch.

“The chances of a primate existing in the Himalayas that we don’t know about is next to nothing, especially in this day and age with all the equipment we have available,” she added.

But the Yeti is considered more than a myth in the world of cryptozoology, the study of uncatalogued creatures.

Yeti expert Jonathan Downes from the British-based Centre of Fortean Zoology is convinced they exist in some shape or form.

“If it exists it’s not a bear or a wild goat but a primate,” he told swissinfo.ch.

The specialist believes an unknown large species of primate lives in Asia that may be a descendent from the giant ape called Gigantopithecus blackii, which roamed Southeast Asia for nearly a million years before dying out 100,000 years ago.

“The problem is that everything that we know in the west is wrong. It’s not abominable, it’s not a man and it doesn’t live in snow but in a heavily forested area,” said Downes.

Last November the centre sent a research team to the Garo hills in northeastern India in search of the Indian version of the legendary Yeti, known locally as Mande Burung.

“They came back with a few eye witness reports,” he said. “Research is ongoing. I think eventually we may find something.”

The Yeti, or Abominable Snowman, is a large ape-like animal said to inhabit the Himalayan region of Nepal, India and Tibet. The names Yeti and Meh-Teh are used by local people to the region and are part of their history and mythology.

It is seen as a parallel to creatures such as theBigfoot (the Pacific Northwest), Sasquatch (Canada), Mapinguari (the Amazon) and Yowie (Australia).

Many cultures have legends about solitary man-beasts, and recorded sightings in North America and Asia date back to the early 1800s. Despite numerous sightings, photos and footprints of often questionable origin, there has never been conclusive proof that these creatures exist.

The Swiss anthropologist who assisted in virtually reconstructing a recently-discovered hominoid skeleton says the find casts important light on ...

Sherpas working high on Mount Everest have recovered the remains of a Swiss mountaineer who perished on the peak during the making of a ...

With glistening mountain peaks as a backdrop, a Nepalese researcher quizzes a mountain farmer about how he benefits from tourism. The farmer ... 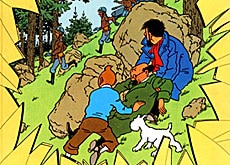 On the trail of Tintin in Switzerland

The daring boy reporter Tintin and his faithful dog Snowy are known to millions round the world through the comic books of the Belgian ...

Swiss photographer Markus Bühler-Rasom spent two days in the basement storeroom of the Federal Veterinary Office in 2009, surrounded by hundreds ... 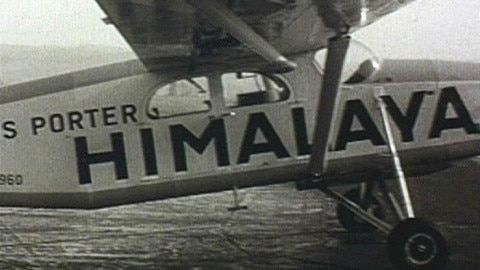 Flying expedition to Nepal. The Swiss were the first to use a transport plane for a climbing expedition in the Himalayas. The PC-6 Pilatus Porter ...

New technology brings early ancestors back to life. How best to reconstruct our earliest ancestors? An anthropology professor at Zurich ...

After nearly 500 years in a pit, Bern’s famous bears have a new home: a riverside reserve on the edge of the old city. The opening of the new ...