As the Locarno Film Festival gets underway with a slimmed down programme in 2010, the new artistic director is banking on quality winning over quantity.

Olivier Père explains to swissinfo.ch why regular festival sections have been axed and says showing fewer films will make Locarno the “best possible showcase” for critics and cinema-goers alike.

Formerly in charge of the Cannes Directors’ Fortnight, Père says he prefers to stay out of the limelight and let the films speak for themselves.

The 63rd Locarno Film Festival opens on Wednesday and runs until August 14.

swissinfo.ch: How are you settling into your new life?

Olivier Père: It has been fantastic. The location is wonderful and Locarno is a great festival that allows me to express myself while giving me the opportunity to make a personal contribution to the tradition and history of Locarno. It is exciting to be the artistic director of such a beautiful festival and one which allows me to develop my personal vision of cinema, which I hope will appeal to everyone from cinema-goers and audiences to writers and artists.

swissinfo.ch: You've said that your goal is to continue discovering and promoting young filmmakers, as you did while in charge of the Cannes Directors’ Fortnight. What was it like programming your first festival?

O.P.: Great. Projects are taking shape and changes to make the festival even more efficient, relevant and enjoyable have been well received. Contacts with directors, producers and distributors are excellent. The new group selecting films is fantastic and new international contacts have proven to be very positive.

I am lucky to have joined Locarno after seven years at Cannes, which helped me enormously and allowed me to face this new challenge calmly and with conviction.

swissinfo.ch: Several regular sections of the festival have been axed as part of the changes this year …

O.P.: Above and beyond the ending or redefining of certain sections, I particularly wanted to reduce the number of films. Above all, a festival must be relevant and give each film the best possible showcase. If there are too many films showing, it's hard to pay them all equal mind and we cannot expect critics, professionals and audiences to give all of them their full attention.

I thought we needed to be more selective. In a film selection like Locarno, it is not up to the public or the critics to make their own selection from a myriad of possibilities. Rather it is up to the artistic director to make a thorough and reasoned first selection from among some 2,000 films he has viewed.

swissinfo.ch: What are this year’s selling points?

O.P.: To meet the criteria for representativeness, originality and innovation, it seemed important to focus on three areas: the Piazza Grande and the two competitions [the International Competition and Filmmakers of the Present]. We have made a clearer distinction with the latter two: the International Competition will be for recognised writers or outstanding films and the Filmmakers of the Present contest will be open to the discovery of young filmmakers.

On the Piazza Grande, the programming will be more focused on films from around the world. Swiss, American, European, Asian. And not forgetting the retrospective, which has always played an important part in Locarno. The purpose of this change is to help people find their own reference points more easily.

swissinfo.ch: Locarno and the Swiss film industry have a delicate relationship because of their different sensitivities and sensibilities. What relationships have you been fostering?

O.P.: The simplest and clearest possible. Besides, things are getting better. I am convinced that Locarno is a major showcase for Swiss cinema. It is clear that Swiss cinema needs to move towards international production. Moreover, the major players in the world of Swiss film have completely understood my objectives.

I am in luck for my first festival: this year all of the Swiss productions are good. I am happy to be able to showcase some beautiful work.

swissinfo.ch: The festival chairman, Marco Solari, has said you are a man of mystery ...

O.P.: He is exaggerating. I don’t say much, it's true. My role is primarily to look at the artistic content of movies and decide which works best express it. In my role, I should – and I want to – let the films do the talking. I need to be out of the picture, away from the spotlight.

swissinfo.ch: What can we expect from the 2010 festival?

O.P.: It’s up to you to discover it. But I would say it is one of youth, originality and surprise.

swissinfo.ch: Are there any glamorous elements?

O.P.: Locarno cannot compete with Cannes or Venice. We do not have the resources. And Locarno has always particularly preferred the populist and human dimension. That does not mean you should give up glamour: actors and actresses are part of the cinematic world. It’s a world that even Locarno appreciates and has celebrated. We love the stars. And they will always be welcome in Locarno.

swissinfo.ch: Are you nervous about the opening night on the Piazza Grande?

Appointed artistic director of the Locarno Film Festival on September 25, 2008.

A French national, Père was born in Marseilles in 1971 and studied literature at the Sorbonne University.

Hired by the French Cinematheque in 1995, he quickly became responsible for planning and organising numerous tributes and thematic reviews. From 1996 he was collaborating with the Entrevues film festival of Belfort, which organises retrospectives.

From 1997 he collaborated on the cultural magazine "Les Inrockuptibles" through contributions on the topics of film, television and DVDs.

From 2004-2009, he was managing director of the Directors’ Fortnight, a prestigious independent section of the Cannes Film Festival, organised by the French association of film directors.

Out of Competition – 26 films

The Locarno Film Festival has revealed its 2010 programme chosen by new artistic director Olivier Père, who wishes to bring youth and diversity to ... 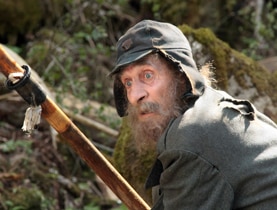 Swiss Cinema Day at the Locarno Film Festival is a time to focus on Swiss production and not disagreements, critic Antoine Duplan tells swissinfo.ch. 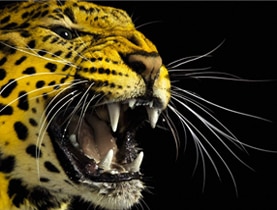 Cinema-goers and critics can expect an edgier Locarno Film Festival this year, the result of aggressive programming by outgoing artistic director ...

Day and night in Locarno

The star of the film festival - the city's Piazza Grande. Every summer fans at the Locarno Film Festival have to contend with sudden changes of ...