One of the biggest and best known Swiss ski areas needs a major revamp if it wants to maintain its reputation, a resort turnaround pro has warned.

Just as the winter season was getting started, bigwigs from Switzerland’s Jungfrau ski region gathered in a cosy alpine restaurant to dream about the future. Walking them through the various possibilities was Paul Mathews, the Canadian ski resort “doctor” behind the makeovers of many major destinations such as Zermatt and Whistler.

And like many doctors, the head of Ecosign Mountain Resort Planners had some good news and some bad news for the assembled mayors, tourism and transport bosses from the communes of Lauterbrunnen, Grindelwald and Interlaken.

“I wanted to tell them that in comparison with a lot of stations in the world, they aren’t as good. It’s already probably in the top 20 in the world but it’s sort of sliding backwards from what I can see,” Mathews told swissinfo.ch, fresh from revamping Courchevel in France this summer and preparing to do Sochi in Russia for the 2014 Olympics.

“It was basically like cod liver oil from your doctor. And then here’s some solutions which we think we can fix, if we start working together and going forward.”

His company was commissioned to assess the region’s vast ski area that includes resorts, Grindelwald, Wengen and Mürren, and come up with a long range winter tourism master plan. The results were “more or less so shocking that they put our study in the UBS vaults for 18 months”, he joked.

Details of the around SFr350 million ($375 million) plans have since been trickling out through public information sessions, attracting outright opposition from landowners and environmentalists.

To be transparent and try to win more people over, the study was presented in full to key regional players at a special session this week smack bang in the middle of the region, at the Männlichen ski station.

Ecosign honed in on three big problem areas: the long door-to-slope travel time from Bern or Zurich (it can take up to four hours); the fact that Grindelwald is not a ski-in,-ski-out resort; and the disconnect between Mürren and Wengen.

The basic cure? To improve travel times, the Canadian company is proposing a new railway stop in the Grindelwald valley, next to lifts. Parking, beds and transport all need to be centralised and lift systems need to be replaced and restored. (See sidebar)

Many of the ideas are radical planning-wise, such as building a bypass to make Grindelwald more pedestrian friendly and stringing a new cable car across the Lauterbrunnen valley to connect Wengen to Mürren.

One key part of the plans is already under discussion. Dubbed the “Ypsilon” project, a “y”-shaped ten-seater gondola cableway would boost the passenger numbers from Grindelwald village to the Kleine Scheidegg and Männlichen ski stations.

The Jungfrau Railways is strongly behind the Ypsilon idea and that of a new train stop in Grindelwald. It originally commissioned the study by Ecosign and has shepherded the various lift companies in the region into agreeing to commission the master plan.

The railways CEO Urs Kessler said the need for change in the region came down to remaining competitive and thinking about future generations.

“Nowadays the competition is so high from markets around the world. The ski market is basically not a growing market and we have to keep our competitiveness for the future. It’s important we think in the long-term. Otherwise we will be facing a problem very soon,” he told swissinfo.ch.

In Grindelwald, the two mountain hamlets geographically affected by the Ypsilon project - Itramen and Wärgistal - have stated they will oppose it if it comes to a public vote.

The Swiss countryside protection association meanwhile said any development plans should be mindful of the region’s “magnificent mountain scenery” of the Eiger, Jungfrau and Mönch peaks which was what attracted visitors in the first place.

Spokeswoman Anita Wyss told swissinfo.ch the association was against “a change towards a ski industrialised landscape” and saw the exploitation of undeveloped areas as “problematic”.

She added that they had appealed against expanded ski areas in the past to stop “inadmissible encroachments on nature” and to ensure that they work together with project developers to achieve solutions.

But Grindelwald’s mayor Emanuel Schlaeppi said it was time to get the ball of change rolling. In fact, some steps were already underway such as slope improvement and rethinking parking.

“Some ideas are way too far [ahead] for us but I think it’s very important that everybody gets a vision of how we can go on and how we should build up our future,”Schlaeppi told swissinfo.ch, adding that he didn’t agree with all the ideas being presented.

“We have to be ready to make plans for this for the next generation.”

It’s also a matter of the various companies and communes involved in running resorts working together, according to Ecosign’s Mathews.

“They need to start thinking as one, instead of thinking in five separate ways. That’s why nothing is connected, because this guy goes and builds something over there and it doesn’t connect to the guy who built the hotel here or the parking is here but the train arrives there,” he said.

“The worst thing is they’ve never been pro-active in their planning. What should the town look like for my grandchildren? There’s nobody asking that question.”

Good skills balance on slopes but shortage of beginner terrain.

42% of beds are within quick reach of lifts.

Travel times from near major cities is 3-4 hours, when international standard is 2.5 hours.

Improve the relationship between parking, beds and feeder transport systems.

Replace or restore lifts in all three areas (Mürren-Schilthorn, Kleine Scheidegg-Grindelwald-First and Männlichen).

Develop a new freeride area that is accessible from Bachläger.

Run a y-shaped 8-person gondola from Grindelwald station to Männlichen and Kleine Scheidegg. This would boost capacity to 3,600 people per hour.

Run a gondola Wengen to Winteregg to connect the Schilthorn and Kleine Scheidegg area better for skiers, cutting time from 90 minutes to 30 minutes. Cost SFr30.8 million. Estimated use 15,400 people per hour.

Build a bypass around Grindelwald to make the town pedestrian friendly. Build parking elsewhere in the valley.

Improve access to Grindelwald-First gondolas moving entrance closer to the centre of town with a new underground starting point.

Cost to improve Mürren-Schilthorn: SFr30.8 million for lifts and SFr34 million for pistes.

Cost to improve Grindelwald-First: SFr70.5 million for lifts and SFr56 million for pistes.

Swiss winter resorts must improve the quality of their offer and focus more on niche markets like mid- and budget-range holidaymakers to remain ...

Swiss ski tourist resorts are forecasting another chilly winter with overnight stays expected to fall by 2.6 per cent as the strong franc ...

Resorts cash in on sun and snow

Sunny weather and good snow conditions attracted more Swiss to the ski slopes during the all-important Christmas period, partly making up for a ...

Switzerland is already a leading destination for wealthy Asian tourists but Switzerland Tourism believes there is still a huge potential to be tapped.

Will economics trump tradition on the Alp?

Herding the animals down from the alpine pastures in September is an age-old tradition in Switzerland. A recent report suggests its future may be ...

A pictorial journey through this mountainous Unesco World Heritage site. 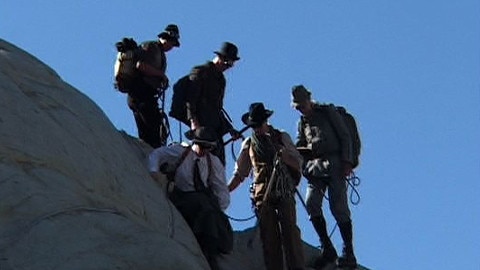 Celebrating 150 years of mountaineering. In August 2001 a team of seven British mountaineers and Swiss guides recreated a 19th century alpine ...