The Swiss Red Cross (SRC) has decided to provide significantly less blood to Greek hospitals after delays in payments, even though Greece relies on imports from Switzerland to make up for shortfalls from local donations.

The SRC's non-profit transfusion service says it prefers to reduce its exposure and focus on helping the Greeks improve their own blood distribution service.

Annual shipments of around 28,000 blood pockets to Greece have been considered part of the SRC’s humanitarian mandate. Around ten per cent of the Greek population suffers from thalassaemia, an inherited blood disorder that results in the excessive destruction of red blood cells. This in turn leads to anaemia.

People suffering from thalassaemia cannot donate blood, so the Greek authorities rely on Swiss imports to make up for blood shortfalls, given that most European countries do not export. Some patients require transfusions every three to four weeks, often relying in Greece on family and friends as donors.

However, two months ago, the Swiss transfusion service signed a new contract with the Greek health ministry that will become effective in 2015 andwill see the number of blood pockets delivered eventually halved from 28,000 by 2020.

Greece, struggling with a major financial crisis and huge debt, has failed in the past to meet payments for the blood supplies, with arrears worth several million francs.

While the bills were eventually paid, Rudolf Schwabe, head of the SRC’s non-profit transfusion service, said that it had decided to lower its financial exposure and reduce exchanges with the Greeks.

The service, owned by the SRC, relies on sales of CHF200 million ($215 million) to cover collection, analysis, storage and staff costs. Its previous contract with Greece was worth CHF5 million alone a year.

Around 250,000 people donate blood at no cost in Switzerland each year. While most of it is sold to Swiss hospitals or to the domestic pharmaceutical industry, the SRC’s blood transfusion service has also been providing supplies to Greece, drawn from unused reserves.

Usually ten per cent of donated blood is set aside for emergency situations, but, more often than not, it is not used. Since the 1970s, some of this reserve has been sold to the Greeks. The United States also purchased Swiss blood until the 1990s, but stopped imports after the European mad-cow disease crisis.

Under the new deal, the Swiss will provide a lower volume of blood, but will also help the Greeks to improve their own blood donation service, which according to experts requires some reorganisation to function more efficiently. The details are still somewhat murky.

“We are still discussing with the Greeks what exactly they would like from us,” Schwabe said.

Greek personnel would most likely receive training in Switzerland and knowledge sharing would also take place in Greece. 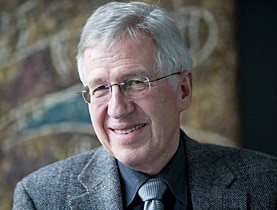 The Swiss Red Cross faces many challenges according to its president, René Rhinow, not least on the international front. Rhinow told swissinfo ... 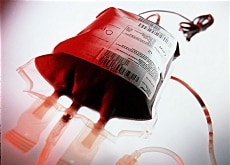 As many countries mark World Blood Donor Day, a report has revealed that the number of blood donations in Switzerland dropped by eight per cent in ...