The criminal court in Renens sentenced a 45-year-old Serbian woman today to ten years imprisonment for her involvement in four jewellery heists between 2009 and 2011. She was a member of the notorious Pink Panthers international gang of jewel thieves.

An economist by training, she assisted the perpetrators of an armed robbery of a jewellery store in Verbier in November 2009 by renting a chalet for them to hide in after they made off with almost CHF4 million ($4.14 million) worth of jewellery. She was also implicated in planning, supporting and physically participating in three jewellery heists in Crans-Montana, Lausanne and Rolle.

She was arrested in August 2011 while preparing for another burglary and has remained in custody ever since.

According to the judges, the convicted jewel thief played a pivotal role in the jewellery heists and was a professional criminal.

Also sentenced was her accomplice, who escaped from the Bois-Mermet prison in Lausanne in May 2013 and was arrested in France three months later. He was handed a four-and-a-half year jail term by the Renens court but is yet to be extradited from France.

The Pink Panther gang, named after the 1964 movie of the same name starring Peter Sellers as Inspector Clouseau, was formed after the conflict in former Yugoslavia. The gang is believed to contain some 220 members who have carried out heists in jewellery stores in Europe, the Middle east, Asia and the United States.

A French court has turned down a Swiss extradition request for a member of the “Pink Panther” gang of jewel thieves who was recently captured on ...

Swiss police have arrested another suspected member of the infamous ‘Pink Panther’ gang of international jewel thieves who made a dramatic break ... 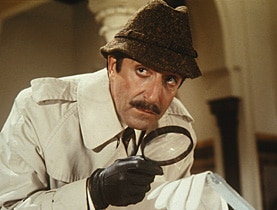 The "exemplary" work of Lausanne detectives has led to the arrest of two men believed to be part of an international network of highly trained ...