It's a boy! It's a girl! But what happens when life doesn't fit in with greeting cards and the defining moment of childbirth becomes a bewildering puzzle?

Truffer argues that affected individuals should be given the time to grow up and decide for themselves whether they wish to become male or female or remain in-between.

"Forced surgery can not be the answer," she said, quoting medical studies that reveal poor outcomes and show that most patients suffer a lifetime of frustration and regret.

"These surgeries are painful and irreversible and most likely to reduce or remove sexual feeling. Non-consented cosmetic surgeries violate the right to physical integrity and self-determination. It's a human rights issue," Truffer told swissinfo.ch.

A condition that is seen in one in 2,000 births, people born neither fully male nor female have been an acknowledged part of society since Antiquity. But over time they became an invisible minority, particularly since "corrective" surgical intervention became the norm in the 20th century.

Doctors and parents are acting under the cultural imperative that when elements of both sexes are present in a child, one sex has to be chosen over the other without delay.

Truffer, who started campaigning publicly for intersex rights two years ago, claims her case history is not atypical.

She was born in 1965 "without clear sexual characteristics". She had male chromosomes, a micro penis and an underdeveloped scrotum that looked more like labia.

"For her own good" she was surgically assigned a gender as soon as possible. Daniela's testicles were removed when she was just two months old. "They castrated me," she said.

When she was seven, her micro penis was shortened to a clitoris and she received an artificial vagina at the age of 18. "Most of the people I know have either less sexual sensations or none any more. They are trampling on human rights here, it is cruel."

Although she knew she was different, neither her parents nor doctors ever adequately explained to Daniela about her condition and she grew up with a deep sense of shame.

Her anger is now directed at the medical establishment which is slow to change the practice of gender assignment surgery.

"They are playing God. Doctors push the parents. It's very secret, it's a taboo and the parents are overwhelmed, they don't know what to do."

As part of the Swiss campaign against genital operations on intersex children – Zwischengeschlecht.org – Truffer submitted an open letter of protest to Bern University Hospital earlier this month calling on medical practitioners to put a stop to "forced operations".

Many doctors still adhere to the general view that a child needs a clear-cut biological appearance. The question is not whether to operate but in what direction.

In a recent newspaper interview, Bern-based paediatric surgeon Doctor Zacharias Zachariou said it was important "if possible in the first two years after birth to come to a decision".

But biological sex and gender are not the same thing, as sociologist Kathrin Zehnder of Basel University points out.

"Most people think that not carrying out surgery means giving no gender identity and this is, from my understanding, completely wrong," she told swissinfo.ch.

"You can give a child a gender anyway. Even though it looks a bit different in its body, it doesn't mean that you have to call the child an intersex child."

Zehnder knows one mother who calls her daughter a girl but explains to her in an age-appropriate way that she also has the potential to become a boy one day.

"I'm not sure if you can protect a child from being different through the surgery. What do you do when the child feels different? You can't operate the difference away," Zehnder added.

Informed consent is the critical issue, according to Truffer. In a recent landmark case in Germany a patient raised as male was awarded €100,000 damages for having her female reproductive organs unexpectedly removed during routine surgery (see Völling case right).

Could this spark similar legal proceedings in Switzerland? According to Zurich University law professor Andrea Büchler, it is possible. "A medical intervention requires the consent of the person involved.

"Normally parents can decide for their child. However, gender assignment surgery touches on the highest personal rights and should not be undertaken without the consent of the affected child – unless medically necessary."

Some hospitals, such as the Wildermeth Children's Clinic in Biel, have already renounced the scalpel to deal with intersex babies. Christine Aebi is a consultant paediatric endocrinologist there.

Chromosome tests are carried out on infants of unclear sex. "Regardless of the results we advise parents to wait until their child can choose a gender itself," she said. Surgeons only intervene in Biel if the configuration of the genitals adversely affects urinary function or the bowel.

Truffer acknowledges that parents of intersex children are faced with a dreadful dilemma but she stresses that although "it is very difficult to raise a child in this world with ambiguous genitalia, the other way hurts body and mind".

Christiane Völling is a German intersex woman who successfully sued a surgeon for damages in a landmark case.

In Februaury 2008, the Cologne Regional Court ruled that her ovaries and uterus were removed more than 30 years ago without her informed consent. She was awarded damages of €100,000 earlier this month.

The 48 year old was born with an enlarged clitoris which was mistakenly taken to be a penis. She was raised as a boy called Thomas.

It was not until an appendectomy at the age of 17 that doctors observed that she also had a uterus and ovaries which were subsequently removed by the surgeon.

The court determined that the operation had been illegal.

An intersexed person is an individual whose internal and/or external sexual morphology has characteristics not specific to just one biological sex, but rather a combination of what is considered normal for female or male.

There are many different intersex variations.

Intersex is not as rare as often believed and many people are intersexed, although it may not be visible at birth.

Some intersexed persons are easily recognised as intersex at birth, with others are only recognised later, especially during adolescence.

Many people whose intersexuality is obvious are treated medically and are considered to have anomalies which need to be "corrected" by surgery and hormone replacement therapy. 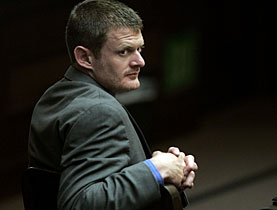 Experts believe it is only a matter of time before athletes manipulate their genetic material to gain an unfair advantage despite the current lack ... 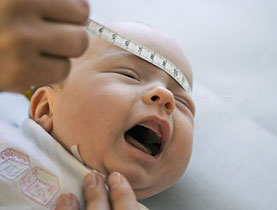 A pioneering mental health study involving 3,000 Swiss households has been abandoned after not enough participants could be found. The study was ... 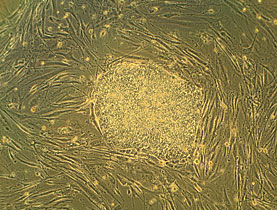 Swiss scientists have succeeded in producing a crop of human embryonic stem cells (HES) as part of a four-year research period permitted by the ...