A 64-year-old woman has reported to doctors at Geneva University Hospital the presence of a pale, milky-white and translucent third arm.

After examining the case, the woman's neurologist, Asaid Khateb of the hospital's experimental neurophysiology laboratory, called the rare phenomenon credible.

The arm appeared to the woman a few days after suffering a stroke, doctors said.

But this case of what is known as a supernumerary phantom limb (SPL) is a genuine head-scratcher.

The upshot is that the woman can use the apparitional extremity to relieve very real itches on the cheek. It cannot penetrate solid objects.

She does not always perceive the arm but "retrieves" it when needed, doctors told the Swiss news agency.

It is nevertheless the first case known to doctors of a person being able to feel, see and deliberately move a limb that doesn't exist. The findings are published in the Annals of Neurology.

Khateb and his colleagues examined the patient's brain using functional magnetic resonance imaging (fMRI), a tool that allows doctors to see whether the brain is truly stimulated, and to pinpoint where. In this case, the investigations revealed that the woman actually experienced what she described.

Researchers instructed the woman to move her right hand. As expected, the motor cortex and visual processing areas in the left side of her brain became mobilised.

The same effects were observed to a lesser extent when the woman simply imagined moving her right hand. Imaginary movements of the woman's paralysed left hand prompted the same activity in the brain, but on the right side.

But when doctors asked her to move her phantom arm, her brain reacted as though the arm really existed and could be moved. In addition, the patient's visual cortex was also activated, indicating the she actually saw the imaginary limb.

And when she was instructed to scratch her cheek, regions of the brain relating to touch were activated.

Khateb said the exact cause of the imaginary arm remains a mystery. Supernumerary limbs are rare. There are only nine known cases of a patient both feeling and seeing an arm.

"Existing evidence from stroke-elicited SPLs convincingly implicates the mismatch between the subject's well-established sensorimotor representations and a suddenly aberrant pattern of communication between the brain and the paralysed limb," the authors wrote.

They said it could represent a missing link between classical phantom limbs and phenomena such as out-of-body experiences.

Phantom limbs are more commonly associated with people who have had an amputation – between 50 and 80 per cent of people who have had body parts removed suffer from it. In most cases it is painful, according to a 1984 article published in a scientific journal called the Clinical Journal of Pain.

"Ultimately however these conditions might offer a unique way to understand how the brain constructs a normal experience of bodily awareness and the self," they concluded.

The ancient Greek physician Hippocrates first described some of the symptoms of a stroke.

A stroke occurs when the blood supply to the brain is disrupted. It leaves part of the brain unable to function, leading to paralysis, cognitive impairments and difficulty seeing.

Strokes can cause permanent neurological damage and death, and are one of the leading causes of death in the Western world.

Symptoms of stroke include numbness, a loss in brain function and altered sensory perception including altered smell, taste, hearing or vision, decreased reflexes and a change in heart rate and breathing.

People at a higher risk of stroke include those with high blood cholesterol and diabetes, smokers, heavy drinkers and drug users, people with unhealthy diets and the obese.

Got the feeling somebody is looking over your shoulder, but you can't see anyone? Never fear, Swiss researchers have shown it might all be in your ... 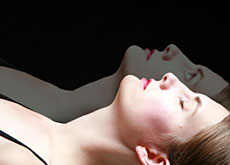 Unlocking the mystery of out-of-body experiences

Can neuroscientists read our minds?

Powerful imaging technology has led to huge advances in understanding how our brains work. But should we be worried about opening our minds to ... 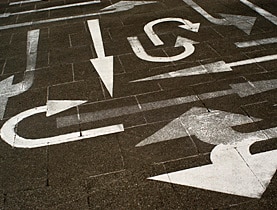 Lifting the veil on schizophrenia

Schizophrenia, the subject of much ignorance and fear, is coming under the spotlight in canton Vaud this week. The Schizophrenia Days have become ...