Switzerland’s best-known pastor, Ernst Sieber, died at the weekend, aged 91. On his 90th birthday, swissinfo.ch took a look back at his tireless work for the poor and those on the edges of society.

At the beginning of the 1960s Sieber converted a bunker into a shelter for the homeless. In the 1980s he launched a crusade against drugs in Zurich that paved the way for him to become a member of the House of Representatives for the Protestant Party from 1991 to 1995.

At the peak of his activities, Sieber’s social programme included shelters, homes and meeting places in four cantons with 215 workers.

Rocked by a financial scandal, his social work foundation risked bankruptcy at the end of 2004 but was saved by intervention from the state and church and by donations. Sieber was forced to resign as head of the foundation but he stayed on as honorary chairman.

Ernst Sieber lives in canton Zurich with his wife and their eight children, four of whom are adopted. 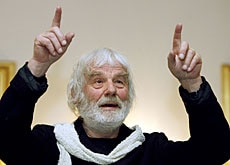 Ernst Sieber, a tireless champion of the homeless in Switzerland, says Easter should be seen as an occasion to address global political and ... 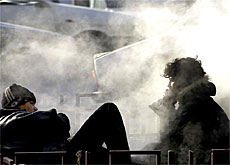 A year after a homeless woman froze to death in a public toilet in Lausanne, authorities across Switzerland say they are better prepared for this ...