Evidence that anglophone expats are not shying away from setting up their own businesses was very much on offer at the Expat-Expo in Cham, near Zug, at the weekend.

There were more than 80 exhibitors at the show for English-speaking residents of Switzerland, which took place in the central Swiss canton on Sunday, with wares ranging from culinary delights to school and relocation services.

Many firms are one- or two-person enterprises. "We feel it's really important to represent the small companies because that's why people come here," Ed McGaugh, a Swiss-American and founder of the Expat-Expo, told swissinfo.

"The companies want the exposure, as many are not big enough to do big advertising and the expo gives them a great venue to launch or market their products."

Foreigners account for around 20 per cent of Switzerland's population. But there are currently no statistics on how many expat businesses there are in the country. However, judging by the growth of the Expat-Expo, the numbers are lively.

When Ed and his wife Melanie started the Expat Expo in 2006 there were only around 40 exhibitors in a communal hall in Zurich.

Word has spread. This year, five expos will be held around the country, including in Geneva and Zurich. Ed and Melanie are expecting around 13,000 people and around 300 companies to attend the events.

Some, such as international schools and coaching services, help foreigners integrate more easily.

Others, like The Cheese Club, which sells farmhouse cheeses imported directly from Britain, offer a taste of home. Its stand offering tastings was very busy.

Owner Michael Jones, on his second expo, said he sold so much cheese last year that he overcame his initial reservations about targeting the expat community too much.

Building a successful business – Jones sold two tons of cheese last year, his first year in operation as an online business and shop – has not been without its challenges.

The huge amount of paperwork involved in importing dairy produce has been a "steep learning curve", he told swissinfo.

Especially rewarding, however, has been the reaction from his Swiss customers, who account for 30 per cent of his clientele.

"At first they think it's a bit of a joke that someone's trying to sell British cheeses, as they have an unjustified bad reputation – and when they try them they actually thank me afterwards for doing so, it's like an education," he said. A particular favourite is a two-year-old vintage cheddar.

Other entrepreneurs have brought their skills with them, such as Akshatha Rao from India, who designs jewellery which she sells online. Rao has been running her Axessorize business for only six months, so she is using the expo to make contacts in English.

"It hasn't been easy to reach out to the market in general, because if you want to retail it's good to have contacts or to know the language and my German is really basic right now," she told swissinfo in front of her stand of beautiful silver and stone wares.

McGaugh, who also runs a platform for Swiss entrepreneurs which has more than 400 members, says it is relatively easy to set up a business in Switzerland.

But the four national languages, plus the fact that Swiss German dialect differs from High German as spoken in Germany, can present a challenge to English-speakers. Even within Switzerland, French-speaking companies do not always move across to the German part, he points out.

Often expats – some of whom might be accompanying a spouse with a high-powered job or who have simply decided they like Switzerland too much to return home – spot a niche in the market, like The Cheese Club, or think of a service from home that might do well.

"By nature Americans and Brits are great entrepreneurs, they are risk-takers and don't have a problem setting up a shop. If it doesn't work, they set up a new one. It's in our blood and this translates well in Switzerland," he said.

Networking – a reason why wine importer McGaugh started the expos – is a key for many small business owners. Rao, who was pleased she heard about the Zug expo, agrees.

"It's good to reach out to as many people as possible when you move to Switzerland, because contacts really help you know what going on in the city and the country," she said.

Expat-Expo is designed to help the Anglophone community by showcasing a wide variety of businesses, organisations, museums, clubs and churches from all over Switzerland. But it is not exclusively for expats and all English-speakers are welcome.

Swiss companies can also take part. Ed McGaugh says that the lucrative English-speaking marketplace is still relatively unexplored by many Swiss companies. Bigger companies, such as Volvo, are also exhibitors.

The entrepreneurial McGaughs would like to work more with local cantonal authorities to expand their Expos in the future. 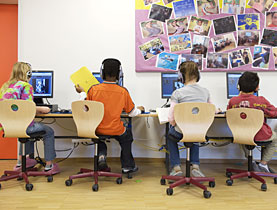 The rising numbers of foreign workers arriving in Switzerland are finding it increasingly difficult to find places for their children in ... 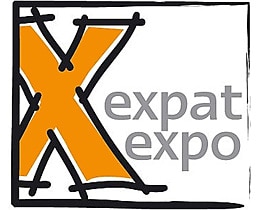 A trade and community fair aimed at English speaking expatriates living in Switzerland is expanding in response to growing demand for the annual ...