Finance Minister Hans-Rudolf Merz has been brought out of his induced coma, and his condition is "very satisfactory", doctors said on Wednesday.

Merz suffered a heart attack on Saturday evening in his home town of Herisau in eastern Switzerland.

After emergency treatment at the nearby hospital in St Gallen, he was flown to Bern where he underwent a quintuple bypass.

He was taken off a ventilator during the night of Tuesday to Wednesday, his doctors told a news conference. He had been able to take food for the first time on Wednesday.

His family was by his bedside when he came out of his coma.

Heart specialist Thierry Carrel said Merz's heart was working well, and he was expected to come out of intensive care in the next few days.

There is every ground to be cautiously optimistic about the minister's further recovery, Carrel added. However, the doctors were unable to say how much longer he was likely to remain in hospital.

"Mr Merz woke up on Tuesday has been off the ventilator since last night," said Bruno Regli, deputy head of the intensive care unit at the Bern hospital. He had already been able to speak to him, although he was still under the influence of the medicines he had been given.

His condition was so good that there was no need to test his brain function straight away. He had even been able to discuss the upcoming news conference with him.

However, Regli could not say whether Merz's brain would be completely unaffected. Tests are normally carried out three to six months after similar operations.

Hans Rickli, who treated him initially in the cantonal hospital in St Gallen, said that when he arrived his condition was serious. He had suffered a circulatory collapse, and was thought to have been unconscious for ten to 15 minutes.

He had been put into an induced coma to prevent a second circulatory collapse.

Investigation showed that all three heart vessels were affected and that an operation was necessary.

Since the St Gallen hospital does not offer heart surgery, it was decided to transfer the minister to Bern.

Rickli, who spoke to Merz on Wednesday, described his current condition as "better than I would have dared to hope".

The finance ministry issued a statement on behalf of the Merz family on Wednesday, thanking people for the good wishes they had sent for the minister's recovery.

During his absence from the ministry, his role is being taken by his deputy, Justice Minister Eveline Widmer-Schlumpf.

The finance ministry is in charge of tax and customs, as well information technology.

Its portfolio includes the Federal Personnel Office and the managment of the federal administration buildings.

The ministry has about 9,000 employees.

Merz, who is 65, is the second oldest member of the seven-strong cabinet.

He has served as finance minister since his election in 2003 and is due to take over the rotating post of Swiss president next year.

He is a member of the centre-right Radical Party. 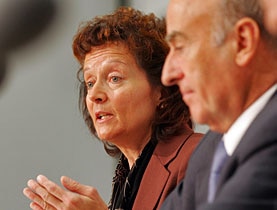 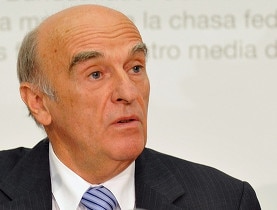 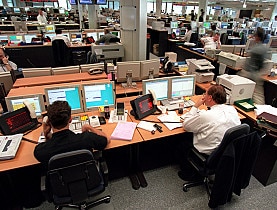