The price of luxury housing has shot through the roof in some parts of Switzerland, thanks to strong economic growth and an influx of wealthy foreigners.

One survey shows the cost of high-end housing in Geneva has more than doubled since 2000 and risen 64 per cent on parts of Lake Zurich. But experts say these are isolated cases and the general market remains stable.

The recent opening of Swiss borders to European Union workers has paved the way for more foreigners, some of them attracted by tax perks, to move to Switzerland and buy up property.

Zurich has seen a rise in German immigrants since taxes jumped in their home country, while an influx of French migrants has pushed up the population in western Switzerland in relation to the rest of the country.

And English-speaking workers have been attracted in increasing numbers by a surge in international firms locating to Switzerland. One Sunday newspaper recently ran a report suggesting a growing trend of British commuting from ski resort areas to London and back.

But the sudden hike in luxury home prices can be pinned on other factors too, depending on the different regions, according to real estate consultancy firm Wüest and Partner.

Bigger pay packets and bonuses in the financial sector have encouraged many Swiss nationals to splash out on expensive housing along the so-called Gold Coast of Lake Zurich. And Geneva is notable for tight planning rules that choke the supply of new homes, driving up prices.

Laws restricting foreigners buying holiday homes in tourist resorts have had the opposite effect to their intended purpose of keeping prices in check for the benefit of locals, according to Wüest spokesman Urs Hausmann.

"The effect of artificially narrowing the market by reducing the number of available homes has actually driven prices up in these areas. Some local people are also selling their land to foreigners because they can get a higher price than from local people," he told swissinfo.

But while luxury housing prices have shot up, the real estate market as a whole has seen more sustainable increases. Towards the end of last year, the average asking price for apartments in Switzerland had risen 29 per cent since the turn of the century.

"Every time we see good economic prospects combined with rising asset prices we see prices in this market rise more strongly. Owners of premium properties typically react stronger on changing economic prospects as large parts of their wealth are invested in the capital markets," he said.

Hasenmaile added that there is little chance of a US-style housing collapse or a return to the boom and bust days of the 1990s that caused havoc with the Swiss real estate market.

"We have no subprime mortgage market to speak of here and financial institutions have adopted tougher risk management procedures since the 1990s. The problems of 15 years ago were created by an overheated economy, a lot of speculation in the housing market and a dramatic rise in interest rates," he said.

Credit Suisse and Wüest both predict a slowing of house prices in the next two years.

Wüest and Partner real estate asking price report (third quarter 2007):
Freehold apartments – up 29% since 2000 (Swiss average).
Freehold luxury apartments – up 51% across Switzerland, 104% in the Geneva region, 96% in the southeastern tourist area of Upper Engadine and 68% on one area of the Lake Zurich's "Gold Coast".
Premium houses – up 28% across Switzerland, 110% in Geneva region, 64% on Zurich "Gold Coast", 40% in Upper Engadine.

The Swiss property market has recovered from the collapse of the early to mid 1990s that cost banks SFr42 billion ($37.6 billion).

So far, the demand for new housing has matched supply, with the number of empty properties rising only slightly since 1998 to 1.06% in 2006. Demand is expected to reduce slightly in the following two years.

But Switzerland is not a country of homeowners, with the rate of ownership rising from just 31% in 1990 to around 37% at present. 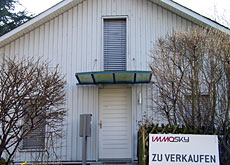 Recent calls to introduce tax-free savings systems to help people buy their own property have highlighted the low rate of home ownership in ... 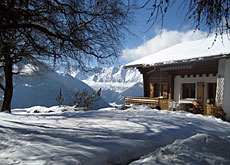 Rich Brits invest in "St Tropez of the Alps"

How have Britain's financial elite been spending their £1-million (SFr2.4 million) bonuses earned on the surging stock market? By investing in ... 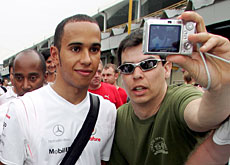 British motor racing star Lewis Hamilton is set to join the growing number of Formula 1 drivers and other rich foreigners to settle in ...