Gay rights’ groups are celebrating after voters on Sunday approved a new law allowing homosexual couples to register their partnerships.

The result means that gay couples will now be granted the same legal rights as married couples in the areas of pensions, inheritance and taxes. But they will not be allowed to adopt children or have access to fertility treatment.

The results of Sunday’s referendum put support for registered partnerships at 58 per cent, which the "yes" campaign described as "wonderful".

The vote marks the first time that a country has given the electorate the final say on whether to grant homosexual couples partnership rights.

Speaking at a celebratory gathering after the vote, campaign spokesman Christian Verdon told swissinfo he was "very happy".

"[The result] shows that we are a pluralistic society that defends its minorities. Homosexuals have earned their place in society today."

Verdon added that the outcome was also a big step forward in the fight against homophobia. "It will give gay couples far more visibility," he said. "People only fear what they don’t know."

Although the registered partnerships law had been given the go-ahead by parliament, a small conservative religious party, the Federal Democratic Union, collected enough signatures to force Sunday’s referendum.

Nicole Béguin, co-president of Switzerland's lesbian organisations, said the result was a clear sign that homosexuals were now accepted in the country.

"Ten years ago, such a proposal would never have been approved."

Reacting to the result, the "no" campaign, which lobbied hard against gay partnerships in the run-up to the vote, said it wasn’t disappointed with the outcome and accepted it.

"We are surprised by the result which is better than we expected since we managed to get over 40 per cent of the vote," said the Federal Democratic Union’s Christian Waber.

Opponents of registered partnerships are already warning of what they call the "consequences" for society and policies. According to Waber, gay couples will now start demanding the right to adopt children and fertility treatment.

Supporters of the "no" campaign say they will also fight plans for gay people to explain to schoolchildren what homosexuality is.

Registered partnerships previously only existed at a regional level in cantons Zurich, Geneva and Neuchâtel.

The approval of the law brings Switzerland into line with neighbouring Germany and France.

The government-backed measures are aimed at stamping out inequalities in the present system, which can prevent homosexuals from visiting ill partners in hospital or being subject to heavy inheritance taxes.

In the run-up to the vote, the government was at great pains to stress that registered partnerships were not equivalent to traditional marriage.

"A registered partnership is not a marriage; it is an institution for those people who by definition cannot marry," said Justice Minister Christoph Blocher.

Most political parties were in favour of allowing registered partnerships for same-sex couples, but the issue was opposed by Blocher’s rightwing Swiss People’s Party.

The religious community was also divided. The Roman Catholic Bishops’ Conference was against the law, but the Federation of Protestant Churches in Switzerland supported it.

Most of the gay community were also in favour of the move but some were concerned the legislation didn’t allow for families or symbolic gestures, such as saying yes in a ceremony – like in marriage – or using the same name.

Gay associations are now expected to take time now to reflect on the result, and should not make any demands such as adoption for homosexual couples in the near future, according to Verdon.

"It would be a mistake to demand [adoption rights] now. We still have plenty of work to do at the national level to explain to people what being gay and registered partnerships mean."

Under the law, same-sex couples will be able to register their partnership at a registry office.

Adoption and fertility treatment is forbidden and partnerships can only be dissolved by a court. 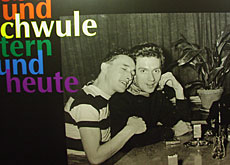 A long fight for rights

Switzerland was among the first European countries to lift laws prohibiting homosexual sex among adults. Until 1942, it was a punishable crime. ... 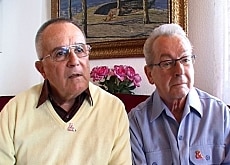 A partnership made in heaven

Röbi Rapp and Ernst Ostertag have been a couple for almost 50 years. On June 5 they’ll find out if Swiss voters support partnerships like theirs. ... 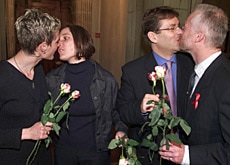 Voters to decide on gay partnerships

Voters are to decide on June 5 whether to allow gay couples to register their partnerships - the first referendum of its kind in Europe. Those in ...