Genetically modified (GM) plants present little danger for the environment or people’s health, according to Swiss researchers. Also, while they offer almost no benefit to farmers now, this could change if plants had the right properties.

The government requested a national research programme on the risks and benefits of GM plants after the Swiss voted for a five-year moratorium on their use in 2005. The moratorium was extended for another three years by parliament.

Between 2007 and 2011, 30 projects were launched as part of the programme at a total cost of around SFr12 million ($12.5 million). Eleven focused on the environmental risks of GM wheat, maize and strawberries.

The researchers all reached the same conclusion: there were no identifiable negative effects on beneficial organisms, microorganisms or soil fertility. Three so-called meta-analyses that looked at more than 1,000 international studies reached similar findings.

“The national research programme did not reveal any risk for human health or the environment,” said National Science Foundation delegate Thomas Bernauer.

The scientists pointed out that wherever undesirable side-effects of GM crops had been registered, this was not due to genetic engineering gone wrong but was the result of “unsustainable agricultural practices, such as monocultures”.

But even if the risks seem minimal, consumers and farmers remain wary of GM produce: only a quarter of consumers would consider buying these products. However, 80 per cent of those polled said they should be able to choose if they want to purchase GM produce.

For farmers, the decision to produce GM plants after the moratorium expires would depend largely on whether their neighbours did the same and whether it made economic sense. At present, there is little financial incentive to head in this direction.

The researchers say this could change if pressure from pests increases – for example as a consequence of climate change – or if new varieties of plants with new features such as herbicide tolerance and disease resistance come on the market.

Legal specialists who took part in the programme believe that GM and traditional crops can also co-exist in Switzerland if the country’s genetic engineering legislation is modified. New regulations on co-existence are currently being prepared by the Federal Agriculture Office and the Federal Environment Office.

However, another study showed any financial benefits gained from cultivating GM plants would be cancelled out by the need for larger distances between GM and traditional crops as well as keeping product flows separate. Profits could be possible though if farmers agreed to aggregate production zones.

The researchers have also questioned whether it is scientifically acceptable to assess plants based on the technology that led to their production. They believe traditional and non-traditional varieties are difficult to differentiate and should be compared in terms of their ecological, economic and social impact.

The scientists say that so-called direct payments made to Swiss farmers should be based on a plant’s ecological impact, and not if it is the result of genetic engineering.

“Not allowing direct payments for GM crops would have the same result as extending the moratorium,” Bernauer added.

As it is, the moratorium could be extended until 2017 if a pending motion is accepted by both chambers of parliament.

Even if the research programme has reached its conclusion, the scientists involved reckon there is still some unfinished business after their studies showed that plants behave differently in a greenhouse or in a field.

They say that some disadvantages or advantages can only observed out in the open, which is why trials should continue, even if fields would have to be protected against vandalism.

“This would also help maintain Switzerland’s competence in green biotechnology,” pointed out Dirk Dobbelaere, president of the programme’s steering committee.

The Swiss Farmers Association said the research highlighted the fact that GM plants were of no use to agriculture, but that also did not factor in the cost of responsibility if there was a problem. It added that there was no reason to lift the moratorium and lose a competitive edge for the country’s farmers.

The Working Group on Gene Technology said the research programme’s final report minimised the risks of GM crops and talked up their potential benefits. It added that the moratorium should stay, in particular as it benefitted Swiss agriculture on the international market and was in line with consumer concerns.

Traditional and GM crops could live side-by-side at a small additional cost, they pointed out, with GM plants able to provide additional economic benefits.

The National Research Programme 59 examined the benefits and risks of GM plants under the ecological, social, economic, legal and political conditions of Switzerland.

It was designed as a balanced programme and to carry out original research. None of the projects duplicated research carried out abroad

The programme’s  role was to provide the scientific basis for further discussions that will contribute to the political decision-making process.

It had four main areas of interest:

I. Plant biotechnology and the environment 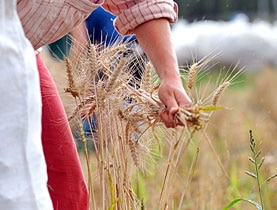 Despite its sometimes controversial reputation, green biotechnology is failing to arouse great interest in Switzerland. According to a new study, ... 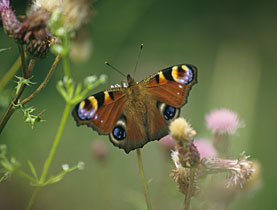 Genetically modified organisms (GMOs) have no negative impact on bees, worms, snails or fly larvae, according to a national research programme. ...

The ins and outs of organic farming

A centre for the agriculture of the future. The Research Institute of Organic Agriculture (FiBL) in Frick in canton Aargau, founded in 1973, is ...

In Switzerland, as in much of Europe, the population is wary of genetically-modified (GM) plants. According to a national research project, three ...