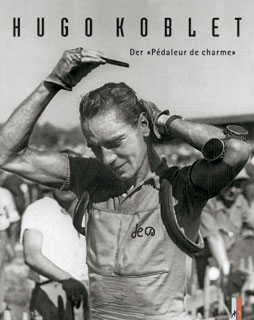 Tour de France winner Hugo Koblet was a James Dean-like figure to his fellow Swiss. The meteoric rise of the baker's son in the early 1950s from a working class Zurich neighborhood to victory at the Tour de France inspired a passion for cycling in Switzerland where none had previously existed. With his triumph in the highest-profile bicycle race in the world, Koblet became Switzerland's first international sports star. Famous for his charm and elegance on a bicycle, Koblet died at the age of 39 in a car crash. The beautifully illustrated book, "Hugo Koblet, der Pedaleur de charme", is a worthy homage to a unique sportsman. (Zürich: AS-Verlag, 2005) 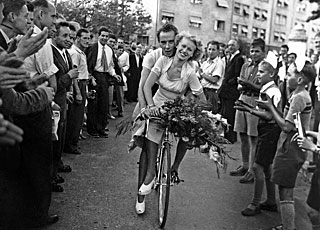 Koblet takes a victory round with a lovely companion following his win at the Grand Prix Basel 1950. (foto-net) 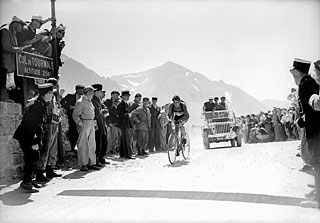 His first Tour de France in 1951 was a triumph. Koblet left the competition in the dust, winning 5 stages and arriving as victor in Paris with a sensational lead of 22 minutes. (EQ Images) 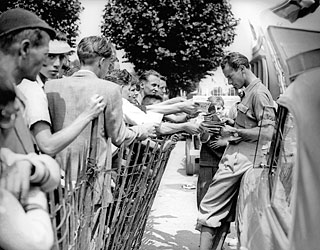 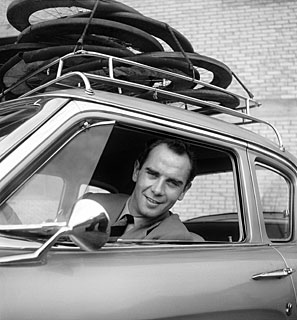 The automobile lover at the wheel of his Studebaker. Koblet always drove his car to races, whereas his teammates took the train. (W.Schweiwiller) 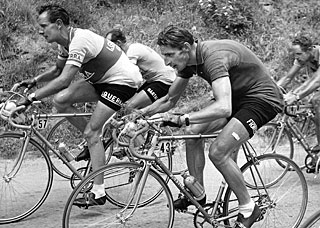 Two athletes with very different styles: Ferdy Kübler (right) and Hugo Koblet at the Giro d'Italia 1952. The rivalry between "the two Ks" between 1947 and 1955 was one of the highlights of cycle racing.(foto-net) 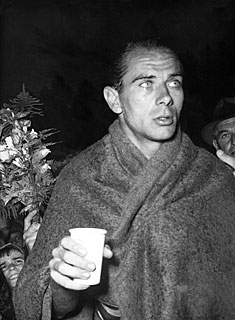 An exhausted Koblet after the end stage of the Tour de Suisse 1951 in Zurich. (EQ Images) 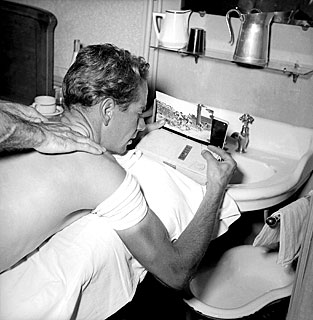 Koblet recuperating between stages in the Tour de France 1951. During the massage he listened to jazz on his radio and scrutinised photos of his opponents. (EQ Images) 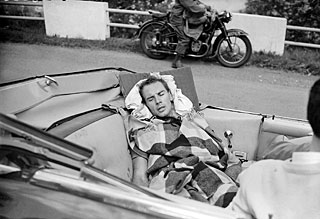 Koblet's hopes for the Tour de France 1953 were dashed when he ended up in hospital following a serious accident. (EQ Images) 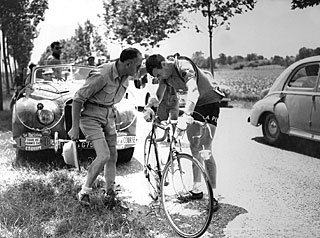 Bad luck followed him in later races: he also had to drop out of the Grande Boucle 1954 after two serious falls. The tour director tried to convince him to ride on. (EQ Images) 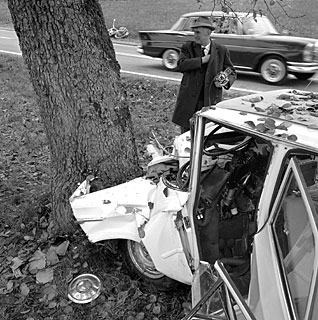 On November 2, 1964, seemingly on purpose, Koblet drove his white Alfa Romeo into a tree. Four days later he died from his injuries. Although Koblet left a farewell letter behind, the circumstances surrounding the death of the "James Dean of cycling" remain a mystery. (RDB) 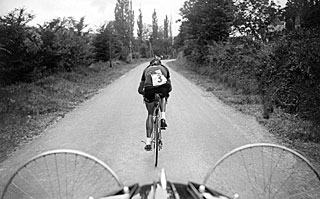 Hugo Koblet as his rivals and the cycling world remember him. (EQ Images)