Switzerland is the champion of the patent world, filing the most patent applications per head to the European Patent Office in 2016. But is the Swiss inventive spirit really unparalleled?

A machine for sorting gravel, a barometer that works by atmospheric humidity and a special electric writing machine: these are just a few of the patents that were filed in Switzerland over a hundred years ago and very probably reviewed by a certain Albert Einsteinexternal link. The famous German physicist worked at the Swiss Federal Office of Intellectual Property in Bern from 1902 to 1909, a place he spoke of as a worldly cloister where he hatched his most beautiful ideas.

At that time, Switzerland had just brought an end to a trade war with Germany, which was accusing the Swiss chemical and pharmaceutical industry of copying its products. “Before the Swiss Federal Act on Patents came into force in 1888, Switzerland had been a country known for its forgeries,” says Louis Lagler, president of the Association of Swiss Patent and Trade Mark Attorneysexternal link. “In fact, the practice of copying was one of the reasons our economy grew.”

More than a century later, the situation has changed considerably, as demonstrated by the most recent statisticsexternal link from the European Patent Office (EPO), which received almost 160,000 applications from across the world in 2016. In absolute terms, Switzerland’s contribution of 7,293 (up 2.5% from 2015) seems modest. But if you consider the number of patent applications per capita, Switzerland jumps right to first place.

“Switzerland’s domination is due to a handful of major firms that file a significant number of applications every year,” explains Pascal Weibel, a patent expert at the Swiss Federal Institute of Intellectual Property (IPIexternal link). These are essentially engineering and pharma multinationals, firms such as Hofmann-La Roche or ABB.

So to claim that Switzerland is the most innovative country based solely on patent statistics would not be entirely correct, Weibel warns. “If, for instance, Hofmann-La Roche were to shift its registered office from Basel to Vaduz, Liechtenstein would become the country with the highest number of patents and Switzerland would lose its lead. What’s more, some inventions are thought up abroad but registered as Swiss. You only have to think of Novartis, which owns research centres in the US and China.”

More patents in energy and robotics

Swiss companies have an established patent culture, just like their German counterparts but unlike equivalent firms in Britain or Italy, for instance explains Marco Zardiexternal link, a consultant in industrial property and former patent examiner for the EPO. “This is down to the type of research conducted in Switzerland: there are lots of firms that break fresh ground as well as manufacturing.”

At an international level, he adds, you can see a fall in the number of applications in the pharmaceutical industry because there is less investment in research and more generic drugs on the market. By contrast, the number of patent applications has increased in both the energy sector – from energy-saving measures through to renewables – and the information technology (robotics) industry.

In Switzerland, the pharmaceutical and engineering sectors are continuing their pioneering work, the legal expert reveals. “There is another field undergoing major growth: that of medical devices, which includes prosthetics and machines that control the flow of blood.”

Making an invention useful to society

Marco Zardi finds the increase in the number of patent applications filed by the academic world particularly compelling. “Switzerland’s universities have come to understand that patents help make the technological development and research that drive society forwards more lucrative. It’s an interesting trend because the technology involved is often cutting-edge.”

Around 9,720 European patent applications were filed by universities and public institutions in 2016 (compared with around 8,000 in 2015). In the EPO’s ranking for Switzerland, the Swiss Federal Institute of Technology Lausanne (EPFL) has moved up from 19th to 13th place (80 applications), while its counterpart in Zurich ranks 14th (77).

“The EPFL files patents in virtually all the fields of research in which it works, with a clear focus on engineering in particular,” explains Gabriel Clerc of EPFL’s technology transfer officeexternal link to us in an e-mail. “We encourage inventors to announce their inventions to our office in order to evaluate the possibility of filing a patent application and especially the future potential of the invention in question. We also look into maybe creating a start-up with the aim of developing the idea and, if possible, launching new products or services on the market.”

Filing a patent application, emphasises Clerc, is one way of giving promising inventors the chance to develop their ideas. “Ultimately, it’s the end result that counts, not the number of patents; in other words, the fact that society is essentially gaining access to innovative products and services.”

A selection of innovations from the 45th Geneva Inventions Exhibition. (Simon Bradley, swissinfo.ch)

While major firms headquartered in Switzerland prefer to file their applications to the European Patent Office so as to obtain more robust protection in more countries, smaller-scale companies continue to call upon the services of Albert Einstein’s former office.

“We receive roughly 2,000 applications a year,” reveals Pascal Weibel. “They come from SMEs, universities and universities of applied sciences, with 15-20% from private individuals. It’s interesting to note that the watchmaking industry continues to file numerous patent applications in Switzerland given that this is essentially the home of production, at least of watch movements.”

Last but not least, the choice of where to file a patent is also dictated by costs, as legal consultant Louis Lagler points out. “A patent for ten European countries valid for ten years can cost up to CHF100,000 ($103,000). And if you consider that a company files hundreds of patents a year...”

What is a patent?

A patent is a right to protection that safeguards and adds value to a technical innovation. Patented inventions can be products (e.g. heated ski boots or chemical preparations like aspirin) or procedures (such as the lyophilisation of coffee). The patent owner is entitled to exclude third parties from using the invention for commercial purposes for a period of up to 20 years (in Switzerland).

For an invention to be patentable, it must meet three conditions: it must be a novelty, have an industrial application and be the result of an inventive step. Things which cannot be patented in Switzerland include ideas, discoveries, scientific theories, teaching methods, varieties of plant, breeds of animal and the human body.

In addition to technical inventions, you can also protect original drawings or new designs, the names of products and logos (trademarks) and creative work including texts and songs (copyright).

Why are small Swiss companies leaving innovation to big pharma? One craft brewery is bucking the trend and has the hops on its competitors.

The Geneva Exhibition of Inventions has a reputation for gizmos and wackiness. But the organisers seem keen to shake off this image.

By Simon Bradley in Geneva

Global ranking Five reasons why Switzerland is top in innovation

Switzerland is top in the world when it comes to innovation, according to an index by the World Intellectual Property Organization (WIPO). 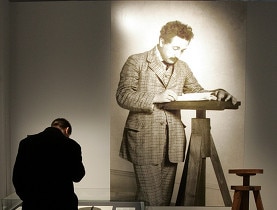