A global operational hub of Yahoo in Dublin is preparing for an influx of 200 new workers – some of them from its soon-to-be mothballed European headquarters in Switzerland. It’s a clear indication of how Ireland is for many multinationals becoming more attractive than Swiss locations.

The gleaming white and glass facia of Ireland’s “Silicon Docks”, reflecting in the waters of Dublin Bay, appears a beacon of prosperity and progress. Among the multinational companies that call the EastPark business location home is internet giant Yahoo, and its headquarters for Europe, Middle East and Africa (EMEA).

Ireland competes fiercely with Switzerland in the “industry” of attracting the large scale operations of global corporations – and their tax receipts. Despite suffering a deep economic downturn, there is evidence that the scales may be tipping in Ireland’s favour (see graphics).

Much of Dublin’s city centre speaks of the kind of vitality and open minded spirit that foreign firms praise when talking about their location decisions. Shopping malls, restaurants and bars along the River Liffey are full and echo with multilingual chatter.

There is little talk of the economic malaise that hovers over the country like a dark cloud. Not even the ignominy of a European Union bailout or an unemployment rate of above 13% seems to touch Ireland’s capital city, although newspapers speak of a different story in other parts of the country.

Dublin is a magnet in troubled times for both the domestic population, seeking work from rural areas, and a growing number of multinational corporations spearheaded by the latest dotcom sensations from the United States, like Twitter, Paypal, Dropbox and Airbnb.

When asked what Ireland offers foreign firms that Switzerland does not, Barry O’Leary, chief executive of Ireland’s Industrial Development Agency (IDA) - that is charged with attracting foreign companies to Ireland – reels off a string of special attractions.

These include Ireland’s deep historical roots with the US, English as a national language, membership of the EU (particularly attractive to firms targeting that market) and much lower costs of labour and office space, caused in good part by the economic downturn.

“Switzerland always was an expensive country that traded fantastically well on its quality Swiss brand,” O’Leary told swissinfo.ch. “But if you are a company looking to put in 300 roles into Europe then Switzerland won’t now be able to compete on the cost base.”

On the thorny, and crucial, issue of tax, O’Leary is adamant that Ireland’s “less complicated” regime is also a key advantage.

“The Irish system is not under pressure about discriminatory measures [from the EU] because they are available to everyone,” O’Leary said. “That is one reason why we might win some more business [from Switzerland] in future than we are winning at the moment.”

In August, five months after announcing its Dublin expansion, the struggling Yahoo said it would close its Swiss office in Rolle, canton Vaud. The decision came only five years after moving the same HQ from London to Switzerland, with the now-broken promise of 350 eventual jobs and a new CHF30 million research centre.

Yahoo denies suspicions that its Rolle exit was inspired by Switzerland being forced to negotiate changes to its “discriminatory” corporate tax regime with the European Union.

“We have taken the decision to streamline our business in order to encourage more collaboration and innovation,” spokeswoman Judith Serl told swissinfo.ch. “This is not a tax based decision.”

One of Yahoo’s neighbours at Dublin’s EastPark facility is the EMEA HQ of internet job search company Indeed.com. David Rudick, vice-president of emerging markets, also made no mention of Ireland’s fabled tax benefits.

Instead, he talks about the local infrastructure – transport links, high speed broadband access and available office space – and above all, people.

“The unrivalled and highly skilled workforce available in Dublin has facilitated fast growth,” Rudick told swissinfo.ch. “We have been able to attract exceptional employees both locally and from the rest of Europe.”

Critics of Ireland’s corporate tax regime say it allows foreign firms to exploit loopholes that can cut their 12.5% tax bill to much lower amounts – or even pay no tax in Ireland in extreme cases.

By employing techniques known as “double Irish” or the “Dutch sandwich” multinationals can divert profits from Ireland to jurisdictions that have a lower tax rate before repatriating the income back to Ireland.

This becomes possible when corporations operate two separate units in Ireland, one of them typically being a holding structure.

Profits from the first unit can be transferred to a Dutch entity and then forward to a structure based in a low tax haven, such as Bermuda, thanks to special taxation treaties.

The income is then returned to the Irish holding company without having to pay Irish tax.

Irish finance minister Michael Noonan recently vowed to drive out so-called tax “stateless” foreign firms: i.e. those that are not registered for tax purposes in any jurisdiction in the world.

But detractors say this would not stop them registering their tax residence in any number of very low, or even zero, corporate tax jurisdictions.

When Ireland received its EU bailout in 2010, it managed to stave off demands from Germany and other countries to raise its 12.5% corporation tax.

But Irish-based foreign firms are coy about their tax advantages given the reputational bashing some companies have received for shifting profits around the world to cleanse them of taxes. Investigations by the British parliament and the US Senate publically lambasted firms for these “immoral” (yet legal) accountancy tricks (see box).

James Stewart, professor of business studies at Dublin’s Trinity College, is hopeful that such unwanted publicity could force changes.

“We do display features of a tax haven along with other countries, such as Switzerland,” Stewart told swissinfo.ch. “Emphasising tax incentives attracts footloose firms that are only here because we have good accountants. This is not a viable industrial policy in the long run.”

If other countries close their tax code loopholes that currently allow profits to flee to Ireland, then many foreign firms would leave Dublin and other Irish locations, Stewart argued.

But that would only solve part of the problem for Switzerland. If the Swiss are unable to address their own current problems, countries such as Britain, Singapore, the Netherlands and Luxembourg could exploit their competitive advantage.

Several countries compete with Switzerland to attract HQs and other back office operations of multinational giants.

Ireland, Britain, the Netherlands, Luxembourg, Belgium, Singapore and several eastern European States, such as Poland, are all jostling for a slice of the action.

In 2012, the number of foreign firms arriving in Switzerland or significantly expanding existing operations (61) fell 38%. According to Ernst & Young that moved Switzerland three places down the table to 14th.

The agency says it has already succeeded in bringing more than 1,000 foreign firms to Ireland (more than half from the US), creating 152,000 jobs to the country.

Towns and municipalities may face “massive” tax losses of more than CHF1.5 billion ($1.6 billion), should fiscal reforms for companies based in ...

Switzerland is embroiled in yet another a tax dodging row – this time as an alleged “transfer pricing” hub that allows multinational giants to ... 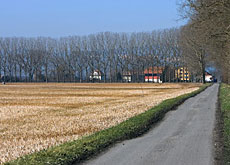 Swiss lose out to Irish in jobs bonanza

The world's biggest biotech company, Amgen, has chosen an Irish location for its new production plant, dashing hopes of 1,100 jobs coming to ...

For decades, Switzerland’s attraction to multinational firms has proved a vital source of economic success. But a domestic and foreign backlash ...