While top stars earn a fortune from cricket, baseball, American football and rugby, many foreigners find that sport eases their integration into Switzerland.

Minority sports are also catching on among the Swiss population, with many locals now playing after years of watching from the sidelines. But as more clubs spring up and expand, it becomes tougher to find enough space to play.

In a country dominated by football (the soccer variety), other sports have had to stretch to some lengths to find a corner of a field they can call their own.

Rugby and American football can share soccer fields by marking out the pitch differently and putting up different posts at each end. But cricket and baseball need larger playing areas, a smoother outfield surface and other special features that are incompatible with other sports.

Finding such a space in a small country, with limited leisure space and understanding of strange foreign sports, can be quite a challenge. Peter MacLaverty of Bern cricket club once resorted to chartering a light aircraft to fly over the city in search of a suitable green patch.

Having spotted a likely area on an airline flight from London, MacLaverty attempted to retrace his steps by using a local sightseeing aircraft service. “This was in the days before Google Earth,” MacLaverty told swissinfo.ch. “But I was so nervous about leaning out of the window that I sat in the middle of the plane in a cold sweat and didn’t see very much.”

Cossonay is one of the few cricket clubs in Switzerland that enjoys a ground it can call its own, but had to go to extraordinary lengths to get there. The En Marche ground sits on top of the local water table that hydrates the surrounding area.

“We wanted to lay down an artificial wicket [strip of ground in the middle of the playing area],” Cossonay CC’s John McKillop told swissinfo.ch. “To do so, we had to have all the different layers of material and ballast sent from England to a Swiss laboratory to make sure it wouldn’t contaminate the water.”

The difficulty of finding a playing area is no different for baseball. The Swiss Baseball League has only recently seen two tailor-made playing facilities erected (in Schwamendingen, Zurich and Hünenberg, Zug) despite playing organised national competitions since 1981.

“There are a lot of soccer fields in Switzerland, but very little else,” Marco Iten, president of the Swiss Baseball and Softball Federation, told swissinfo.ch. “In Switzerland, people’s heads are filled with soccer and baseball still has a long way to go to generate enough publicity to change their minds.”

The challenges facing Zurich city’s sport authorities highlight the difficulties that many different sporting clubs face in finding grounds to train and play.

Just as the new foreign sports are trying to carve a niche in Switzerland, amateur soccer has seen a huge rise in popularity – partly fuelled by the success of the Swiss national team and partly by an increase in European migrants.

Zurich’s Football Association is now in its seventh year of rejecting new member clubs because there are already too many for the facilities available. Multinational companies that raise informal teams to play against offices in other countries also want space in Zurich to train.

This has left some 65 football clubs, running more than 450 teams of various age levels, to fight over 90 football pitches in the Zurich city area.

Limited space for sports is also matched by finite funding to build new grounds and stadiums. Zurich’s sport department has had to save money recently by limiting the opening hours of public bathing areas.

But even without topnotch playing facilities, minority sports are proving a big draw for the rising wave of foreign workers arriving in Switzerland – often with families in tow. Juniors clubs receive calls from corporate headhunters whose clients demand activities for their children.

“It has helped us to integrate into the Swiss way of life by providing a social and friendly atmosphere where we can interact with many people from Swiss and international backgrounds,” she said.

For Alex Mackay, president of the Swiss Cricket Association, securing better facilities for the sport remains a priority.

“Many local councils are supportive of minority sports, and for that we are grateful,” he told swissinfo.ch. “But there remains a somewhat unmet need for better playing facilities.”

“Cricket is growing in popularity among the expat community, but still needs to raise its profile in the local population.”

The rising tide of immigrants and migrant workers have brought a number of sports with them that are not normally associated with Switzerland.

The Swiss Cricket Association (SCA) was founded in 1978 and now has 14 full member clubs and several affiliate clubs, with around 450 adults and more than 650 juniors playing the sport.

The SCA organises a league and a cup competition, sponsored by the Pickwick pub chain, while a tournament for the popular 20 over format of the game started three years ago.

The Swiss Baseball and Softball Federation was formed in 1981 and now boasts 18 clubs with 45 teams and around 1,000 members.

Baseball clubs compete in a league of three divisions, while softball runs a women’s league competition.

The Swiss Rugby Federation goes back to 1972 and has grown to include 43 clubs and well over 2,000 members.

The sport runs several leagues in Switzerland, including women’s and junior leagues. The Swiss national rugby team is currently ranked 61st in the world.

The Swiss American Football Association was founded in 1982 as the Swiss Football League.

The Swiss American Football league now boasts 16 clubs, including one based in Austria. 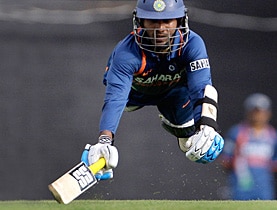 Swiss mountains are more used to skiing than cricket but former stars, including Indian legend Kapil Dev, have brought the sport to the top of the ... 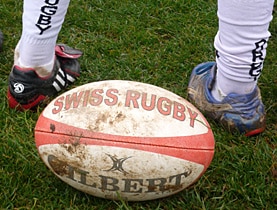 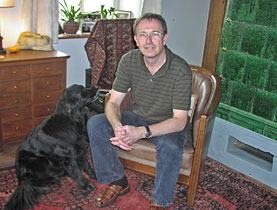 Integration: anything else just isn't cricket

When British-born schoolteacher Patrick Henderson moved to Switzerland more than 25 years ago little did he know he would end up running a cricket ...

This weekend a group of Indian and English cricket champions followed the invitation of Jungfrau railways to play a game on the 3,454-metre high ...