Cases of death have increased slightly in Switzerland, but a growing population and higher life expectancy mean that the mortality rate has actually fallen in recent times.

An increasing number of women now die of lung cancer, while overall cardiovascular disease decreased for the period between 1970 and 2004.

The number of deaths grew marginally to 60,000 per year according to the Federal Statistics Office, which says the results of the survey reflect two contrasting general trends in society.

Smoking became more popular among women, but progress was made in medical treatment, and many people took to healthier eating habits and were more concerned about their fitness.

"The number of deaths from cardiovascular disease more than halved between 1970 and 2004. Both men and women benefit equally from this continuous decrease," the Statistics Office said in statement published on Monday.

It added that changed eating habits and more exercise, but also better prevention efforts and medical care were determining factors.

"It is the result of better treatment against high blood pressure and high levels of cholesterol, as well as improved diagnosis and care," the statement said.

However, women are much more likely to die of lung cancer, while the number of men falling victim of the disease has been on the decrease since 1986, according to official statistics.

"In 1970 one woman died of lung cancer compared with nine men, this ratio changed to one to four by the year 2000 and one to two among the younger generation."

The Statistics Office says this trend is likely to continue in the near future.

"Lung cancer could become a more common cause of death than breast cancer among women in the next few years."

Trends show that the number of teenage smokers, both among women and men, has been on the decrease over the past seven years, according to the Federal Health Office.

"The real impact on cases of lung cancer will only be visible in 20 to 30 years," said spokeswoman Karine Begey.

Most other forms of cancer as a cause of death were on the decrease. The authorities say lower consumption of salted and smoked products led to a marked drop in cases of stomach cancer.

Better prevention and treatment is seen as the main reason for a drop in the number of cases of cervical cancer in the past 30 years.

The number of fatal cases of liver cirrhosis, due to excessive alcohol consumption, was also halved.

There has also been a significant drop in the number of Aids/HIV deaths over a decade. While the office recorded 662 deaths of the immune deficiency disease in 1994, the figure dropped to about 100 ten years later.

Suicide cases among young people were on the increase until the 1980s before they dropped again. But the authorities recorded a growing number of suicides among the population aged 80 or more.

There are about 60,000 deaths registered in Switzerland every year.

Cardiovascular disease is the leading cause of death among women and men in Europe.

Different forms of cancer are the second most important cause of death in Switzerland. In 2004 about 2,000 men and 900 women die of lung cancer.

Aids accounts for about 100 deaths a year. 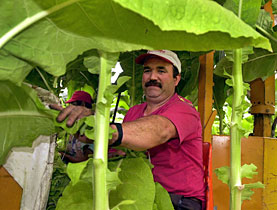 Tobacco manufacturers in Switzerland are going from strength to strength, with exports almost doubling in the past five years. However, the ... 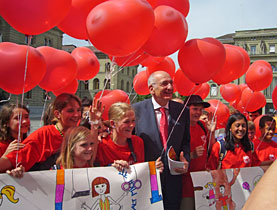