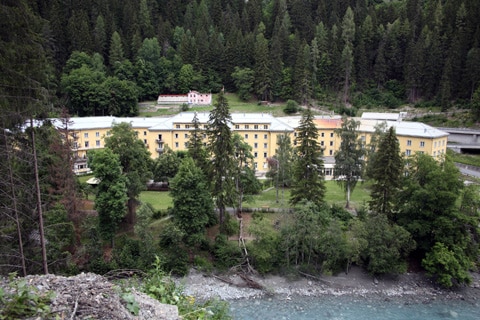 The 300-bed Scuol Palace Hotel is the biggest kosher hotel in Europe that is open all year. 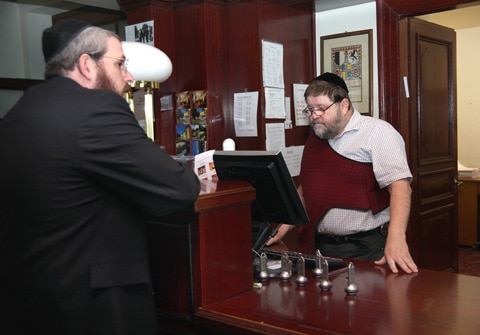 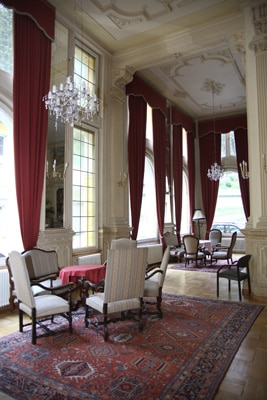 The saloon, where guests used to drink or dance, is now a quiet lobby space where observant Jews read the Talmud in silence. 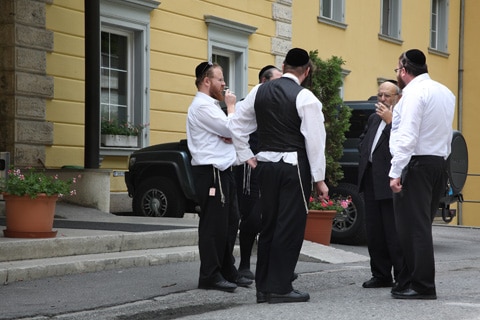 The Jews were not accepted with open arms in Scuol. The manager is cautious about describing his experiences. 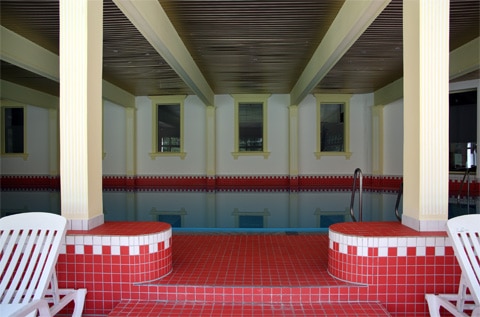 The hotel has swimming facilities, but separate bathing times for men and women. Mixed bathing is possible on request. 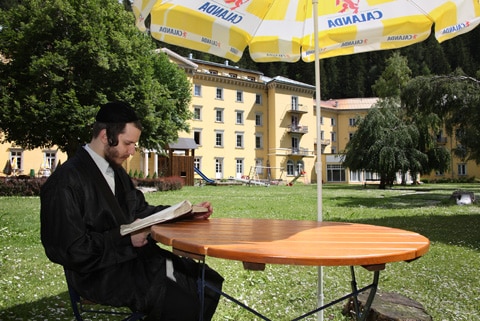 A tourist from Jerusalem spends his time reading edifying books. He spoke to the photographer in Yiddish. 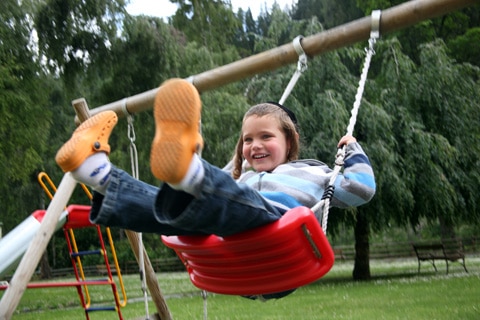 Religion plays no role in the playground in the hotel grounds. 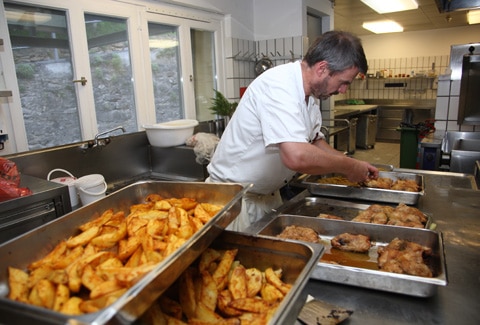 The kosher kitchen under the supervision of the Zurich Agudas Achim Bet Din combines European and Israeli cuisine. 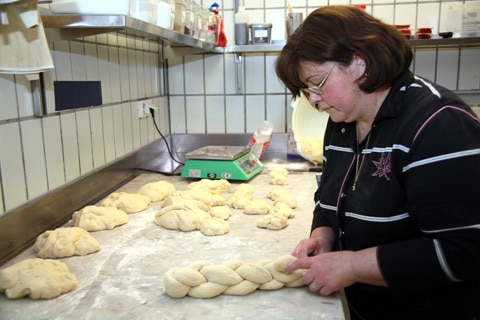 For the sabbath meal braided bread, challah, is eaten in memory of the Jewish exodus from Egypt. Tsippi Friedmann bakes the loaves herself. 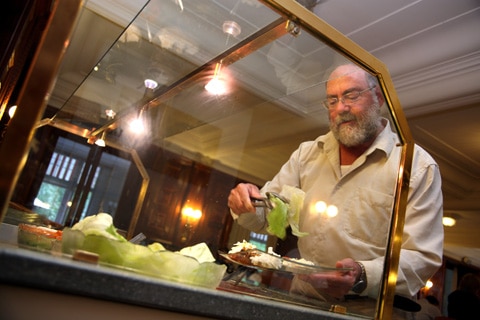 Ninety-five per cent of the guests at the Scuol Palace are Jewish. Most are strictly Orthodox, so of course all the food and drink served is kosher. 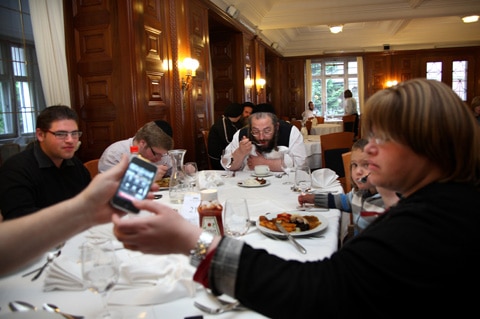 The mountain air gives everyone an appetite. 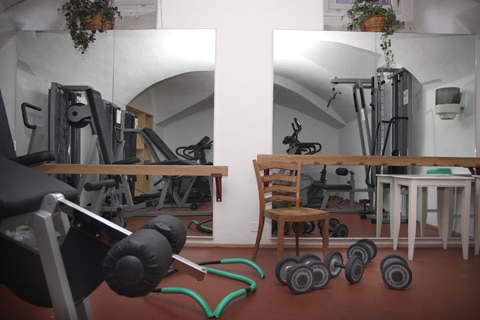 The hotel also has a gym for guests to work out. 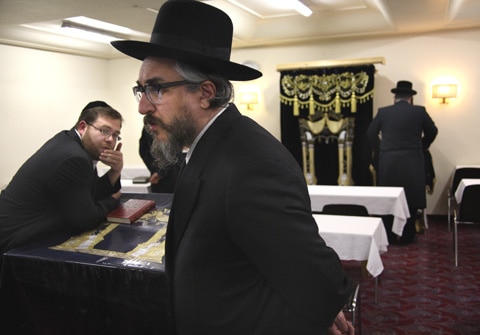 Orthodox Jews with their distinctive way of dressing have been a common sight in the streets of Scuol for the last two years. 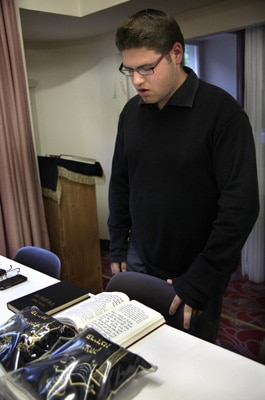 Avi Friedmann has turned the hotel library into a synagogue. 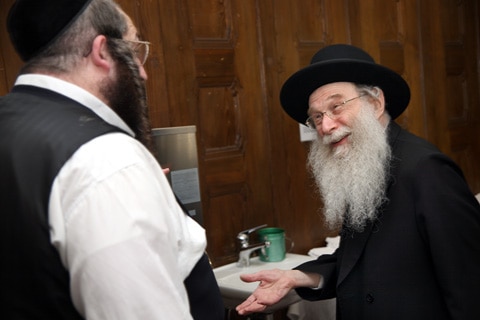 He is relatively pleased with the way business is going. But he needs to keep putting money into the time-honoured palace hotel. . . 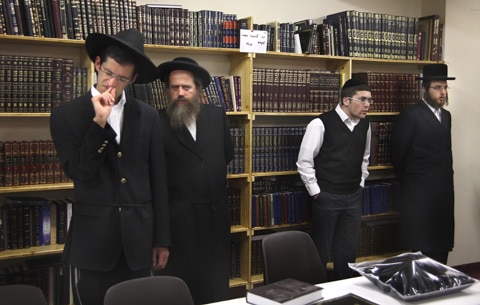 . . . and to make alterations. For example, it really needs a second synagogue. 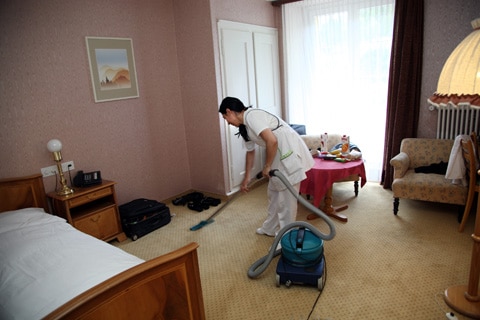 As in most hotels, the staff are seasonal employees. Here a Portuguese maid is tidying up a room. 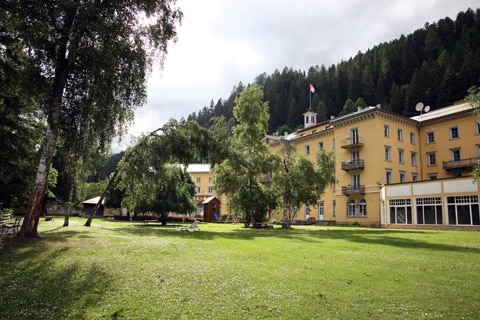 Until recently this was where the Robinson Club housed young package tourists, but now it is mainly guests from Israel and the US who stay in the historic hotel. 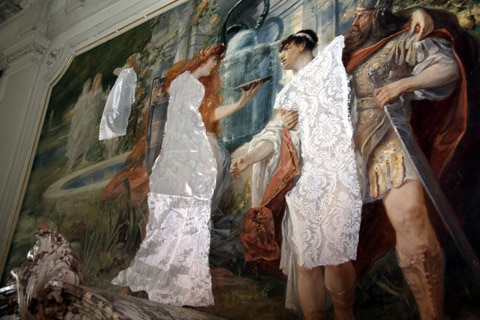 In order not to distract the pious guests, some areas of the all too revealing wall paintings have been covered up.

The village of Scuol in Graubünden caters for some unusual guests. (Images: Roger Wehrli)