Smoking a joint will remain illegal in Switzerland after parliament threw out government proposals to decriminalise cannabis.

The House of Representatives refused by 102 votes to 92 to debate amendments to the drug law – the second time it has dismissed the proposal.

It was the fourth attempt since December 2001 to vote on a government proposal aimed at decriminalising the production and consumption of cannabis for personal use.

The other parliamentary chamber, the Senate, has twice come out in favour of a more liberal drugs policy.

But in last autumn’s session, which came just ahead of parliamentary elections, the House of Representatives dismissed the proposal outright.

Monday’s debate was touted as the last chance for the bill and its rejection means that current drugs legislation – which is 30 years old – will remain in force.

The decision comes as a blow to supporters of a more liberal drugs policy, including the interior minister, Pascal Couchepin, the centre-left Social Democrats and the Green Party.

Thomas Zeltner, director of the Federal Health Office, said he regretted the decision.

“[The rejection of the bill] leads to fears that certain cantons will be tempted to make their own laws, which will create inequality in the country,” said Zeltner.

“We can continue to live with the law, but it does pose problems,” he added.

The Social Democrats said in a statement that they were disappointed by the decision, especially as it came on the same day that parliament agreed to lift a century-old ban on absinthe.

The party said that it condemned the "denial of reality which raises doubts about whether we have a pragmatic and efficient public health policy".

Couchepin had argued that it was time to take into account the current situation in Switzerland – some 500,000 people are estimated to smoke dope regularly.

“One cannot act as if they do not exist in the name of an unattainable ideal of abstinence,” Couchepin said during the debate.

Under the government proposal, the consumption of cannabis and possession of it for personal use would no longer have been a criminal offence.

Limited trade in the drug would also have been allowed, but the import and export of cannabis would have remained outlawed.

Police officials and teachers said they were disappointed that parliamentarians had thrown out the proposal.

Michel Graf from the Institute for the Prevention of Alcohol and Drug Addiction criticised the “lack of courage by politicians” and the “missed opportunity for a real debate”.

In the end, the rightwing Swiss People’s Party and a number of parliamentarians from the Centre-right tipped the balance against revision of the law.

Ruth Humbel Näf from the Committee for Social Security and Health – which was in favour of keeping the status quo – said that young people could only be protected if cannabis remained illegal.

She argued that Switzerland would have become a centre for the trade in drugs had parliamentarians supported the bill.

But the issue is not destined to disappear following Monday’s decision.

The Christian Democrats said they planned to launch a parliamentary initiative to revise the law according to the four pillars of Switzerland’s drugs policy: prevention, therapy, repression and harm reduction.

The Committee for the Protection of Young People Against the Criminalisation of Drugs is also planning to launch a people’s initiative for a “reasonable cannabis policy and efficient protection of young people".

The committee is made up of young Social Democrats and Greens and also includes some supporters of the Christian Democrats and Radicals.

The government bill was aimed at decriminalising the consumption and possession of cannabis for personal use.
Limited trade in the drug would have been allowed, but imports and exports as well as advertising would have remained banned.
There are between 500,000 and 600,000 regular or occasional cannabis smokers in Switzerland.

The House of Representatives has thrown out plans to decriminalise cannabis.

The issue is now off the table and the current law dating back to 1975 will remain in force.

Two popular initiatives were rejected by voters at the end of the 1990s: "Youth and Drugs" was aimed at tightening restrictions, while "Drolge" called for a more liberal drug law. 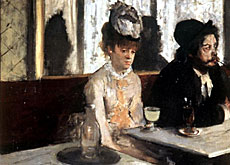 Parliament has agreed to lift a ban on absinthe that has been in place for nearly 100 years. On Monday the House of Representatives voted by an ... 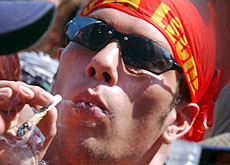 The Swiss parliament is making a last-ditch attempt to decriminalise the consumption and production of cannabis. The House of Representatives is ... 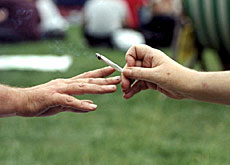 The debate over decriminalising cannabis – slated for discussion in parliament on Monday – has stirred up much passion among adults. But young ... 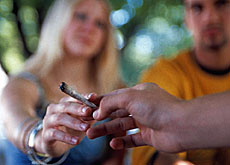 Government plans to decriminalise dope smoking have been thrown out by the House of Representatives. The Senate had already approved legislation ...