What’s the best way for newcomers to find a place in Swiss society? Help them to help themselves, according to a new generation of grassroots projects meant to integrate locals and immigrants that are finding support in high places.

“Who here has played Jass before?” Simon Marti asks a room of about 40 people gathered around a big table littered with decks of cards. A few hands go up.

Facebook groups and messages brought these asylum seekers and Swiss residents together for this project, called “Active Asyl”,external link or Active Asylum. Computer skills training is a cornerstone of the group’s regular meetings, but tonight’s task is to teach everyone the traditional card game of Jass, usually played by German-speaking Switzerland’s older generations over beer at local watering holes.

Marti says that after a few meetings, the group initiators realised that playing a game – and a very Swiss one at that – is a good way to bring people from different walks of life face-to-face around a table in a country that has a 25% foreign population. The project is not only aimed at asylum seekers, he says – it’s for anyone who wants to find a community within Switzerland.

Simon Marti and Ruth Thommen, founders of the "Active Asyl" integration programme, explains how it works.

On another evening, around another table in Zurich, movers and shakers from the worlds of Swiss government, private sector and charitable organisations are debating whether an app to connect immigrant job seekers and Swiss job coaches would work. At a different table, a heated discussion is underway about a start-up competition for immigrants.

One person wants to change the law to allow foreigners to vote, another has an idea about increasing access to job training. Some projects are feasible, others are probably pipe dreams.

All 15 projects under debate are finalists in a competition run by foraus, a foreign policy think tank calling for a fresh policy approach to immigration issues. Originally opened up to anyone with an idea via on online platform, the finalists were whittled down from 101 proposals. Everyone at tonight’s event gets to have their say on the last 15 projects before the winners are chosen.

“Switzerland is a land of immigrants. Deal with it, we need to find solutions,” Nicola Forster, the evening’s emcee, tells the crowd after all the projects have been discussed.

That attitude is one that Swiss policymakers have also largely come to share, according to Gianni D’Amato, the director of the Swiss Forum for Migration and Population Studies – especially amid the increasing percentage of residents without a Swiss passport.

“Forty years ago there was no integration policy, people were not expected to stay,” he says. “In the last 20 years there has been a major change, with policymakers accepting that this is a reality – but a very volatile one.”

Decisions like the February 9, 2014 vote to limit immigration expose that volatility, he says. And the bar has been set very high, he argues, for those looking to integrate in Switzerland.

“Like everywhere in Europe it’s heading towards toughening the discourse, at least symbolically, to show that we are landlords here and would like to measure the aptitude of everyone to adapt to our society.”

The federal government’s approach to integration has generally been bottom-up, with a focus on local initiatives and letting cantons take the lead. It is throwing its weight behind grassroots projects like Active Asyl in the hopes that they will do the necessary work on the ground in communities to help immigrants find their own paths to integration. Marti’s is one of 56 grassroots projects around the country receiving partial funding from the Federal Commission on Migration, among other partners.

According to D’Amato, investments in grassroots integration projects are already paying off. He is currently part of a team judging similar projects in Germany, which he finds much less advanced than their Swiss counterparts.

“There, people are helping people, but here, projects enable people to help themselves,” he says.

‘Together’: an app about life in Switzerland

How do I learn a local language? What’s the best way to interact with my neighbours? Those are just some of the questions newcomers to Switzerland might be faced with. Under the leadership of swissinfo.ch, the Swiss Broadcasting Corporation is developing its own integration project in the form of an app called “Together”. The offering, which will launch in 2017, answers newcomers’ questions about life in Switzerland through a quiz-style game, allowing users to submit questions, learn answers and save useful information about everyday life in the country. Submissions are welcome through this online form.external link

Back onstage in Zurich, Forster announces the winners of the evening’s competition. Three young women take the stage as they learn that the projects they submitted online many months ago are closer to becoming reality.

One project is a website to make Switzerland’s diversity visible and serve as a teaching tool for schools; another is a matchmaking app that links immigrant job seekers with volunteer job coaches. The third idea wants to help newcomers find apprenticeships in Swiss businesses.

“There are existing structures doing something similar, they just need to be financed,” says Milena Müller, one of the people behind the apprenticeship idea. “It was interesting to discuss what could be done now to make it happen, although people came to the discussion because they were already very convinced of the idea. The critical voices were missing.”

“I didn’t expect that this would become such a high-profile event,” says Miriam Walser, who is behind the matchmaking app. “Being able to present it before a crowd like this was a huge opportunity that I didn't expect to have.”

But she acknowledges that there is still a long way to go before these projects are realised.

“I hope we'll come together again under the direction of foraus and that they can bring the right political minds together to continue to develop the ideas.” The think tank has said it will continue to pursue the winning ideas with support from the Müller-Möhl Foundation and key influencers from government and business.

Not just a game

In Bern, the Jass players have broken off into groups of four to practise the game.  Even though they didn’t know each other’s names at the beginning of the night, over the coming weeks, they will gather in their free time and over meals to prepare for a big tournament being organised by Active Asyl.

In the back of the room, at a row of refurbished laptops the group uses for computer training, an asylum seeker named Madhani tunes out the games happening behind him and concentrates on the language exercises on the screen. Right now, he has one goal in mind: learning German.

“I had a few German courses early on, but now I’m on my own,” he explains.

At home The key to integration? Feeling welcome

A Swiss study has found that when the local authorities ask newcomers to Switzerland to a ‘welcome interview’ they have a better chance at fitting ...

A scheme initiated in 2012 to help refugees find jobs has resulted in an additional 2,000 of them gaining access to the Swiss job market. Over 80% ...

Migration series (part 4) Which European countries attract the most immigrants?

Europe's free movement of people accord is in the line of fire but which European countries have more people leaving than arriving?

Long asylum procedures seriously hamper the chances of refugees of finding a job in Switzerland, according to a study published in the journal ...

Ageing foreigners Information as a means to integration

They came to Switzerland as foreign labourers or refugees, and likely never thought they would spend their old age in the country.

Workplace integration Apprenticeships for refugees get a reboot

After testing the waters a decade ago, Switzerland wants to give refugees access to its apprenticeship system with a new national initiative. 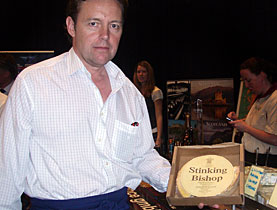 Evidence that anglophone expats are not shying away from setting up their own businesses was very much on offer at the Expat-Expo in Cham, near ...