Justice Minister Eveline Widmer-Schlumpf says a plan to abolish the statute of limitations for paedophile crimes will not protect children from abuse.

A pressure group has collected enough signatures for a nationwide vote on the issue, due to take place on November 30. However, parliament and most political parties have come out against the plan and instead favour of a compromise forwarded by the government.

Widmer-Schlumpf said it would be very difficult to implement the proposal by the Marche Blanche, or White March, association.

The plan's wording is too vague, the demands are disproportionate and it is unenforceable or even counterproductive, she said.

"The expectations raised by the initiative group to prevent sexual crimes against children are deceptive," Widmer-Schlumpf said on Tuesday.

However, she conceded that the intentions of Marche Blanche were commendable.

"They have raised public awareness of an unsolved problem. Children who suffered sexual abuse often do not have enough time to weigh the implications of a legal proceeding."

Widmer-Schlumpf said an unlimited statute of limitations for such crimes could lead to "disappointment and renewed traumatisation of the victims."

The justice minister said the government has recommended the proposal be turned down at the ballot box. A counter-proposal approved by parliament will take effect if the proposal is voted down.

It foresees raising the statute of limitations to 15 years for all sexual and violent crimes against minors. It allows victims to take legal action until they are 33 years old – eight years more than at present.

The compromise proposal would put Switzerland in line with most European countries, said Michael Leupold, head of the Federal Justice Office.

"In practice, such a solution is for victims no worse than regulations under common law in countries including the United States or Britain," he said.

There is no statute of limitations for these crimes, but legal cases often have to be dropped due to a lack of evidence.

"Scrapping the time limit for sexual crimes against children would mean putting these abominable crimes on par with qualified terrorist acts or crimes against humanity," said parliamentarian Christa Markwalder of the centre-right Radical Party.

Marche Blanche argues that sexual abuse is a serious crime and often underestimated in public. Victims often find it difficult to understand that they were abused, it says.

"It is very hard for them to seek help or take action against the perpetrator. Let's not forget one thing: Often they are up against a wall of silence and dismissal by their own personal environment or the authorities," said Christine Bussat, the association's president.

The group does not release detailed data on cases of sexual crimes against children, saying it is more important to "examine the crime scene of sexual abuse and child maltreatment."

Bussat dismisses the compromise proposal by parliament as insufficient. She said only a limit of 45 years might have satisfied the initiative group.

"Victims need a lot more time than you expect to speak out," she told the Le Temps newspaper.

Oskar Freysinger, a parliamentarian for the rightwing Swiss People's Party, added it was not fair to deny victims the right to legal action indefinitely while perpetrators could benefit from a statute of limitation.

Marche Blanche, made up of parents, was formed eight years ago to pressure the justice ministry into reinstating a special police unit combating online child pornography.

The group also organised public rallies – white marches – in cities and town across the country, shocked by reports of paedophilia and inspired by similar activities in Belgium.

The present statute of limitations on sexual abuse with minors is 15 years – or when the victim turns 25.

Parliament has come out against an indefinite statute of limitations, but favours the government's comprise of raising the limit to the age of 33.

The proposal to extend the statute of limitations, or time frame within which a person can be prosecuted, for paedophile crimes is one of five issues to come to a nationwide vote on November 30. 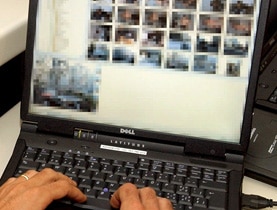 Swiss police have busted a child pornography website, based in St Gallen, operating in at least four countries. Prosecutors in the eastern canton ... 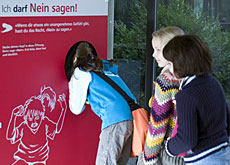 A campaign to teach children how to defend themselves against sexual abuse has been so successful that it is being extended across the country, ... 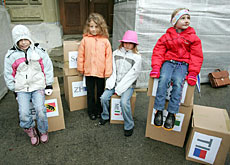 The Marche Blanche (White March) association has handed in a people's initiative calling for an end to the current 15-year time limit on reporting ...