Roman Polanski has thanked people who have sent messages of support during his battle to avoid extradition from Switzerland to the United States.

"These messages have come from my neighbours, from people all over Switzerland and from beyond Switzerland - from across the world," the Oscar-winning film director wrote in an open letter published on the website of French intellectual Bernard-Henri Levy.

Polanski, who holds dual French and Polish citizenship, was arrested at the request of US authorities when he flew into Switzerland on September 26 to receive a lifetime achievement award at a film festival.

"I would like every one of [those who sent messages] to know how heartening it is, when one is locked up in a cell, to hear this murmur of human voices and of solidarity in the morning mail," he wrote.

The 76-year-old director is now under house arrest at his chalet in the ski resort of Gstaad, facing extradition to the US where he could be sentenced for having sex with a 13-year-old girl in 1977.

He fled the country in 1978 on the eve of sentencing because he believed a judge might put him in jail for 50 years, despite a plea bargaining agreement.

The Swiss Justice Ministry has said it would decide next year whether to extradite the director, whose films include "The Pianist", for which he won an Academy Award, "Rosemary's Baby", "Chinatown" and "Ruplusion". 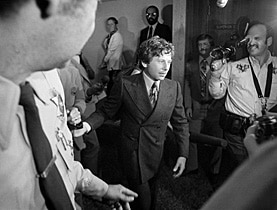 Filmmaker Roman Polanski's arrest in Switzerland on Saturday has sparked a debate among politicians, fans and legal experts, leaving many to ... 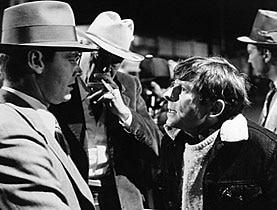 Swiss cinema fans and industry professionals have paid homage to Roman Polanski at a special evening organised by the Swiss Film Archive in Lausanne.

Judges in the United States have hinted that film director Roman Polanski, who is awaiting extradition from Switzerland, may not have to serve ...

Polanski in Switzerland Place of refuge becomes a prison

For filmmaker Roman Polanski, Switzerland has always been a place of refuge. At his holiday chalet in the alpine resort of Gstaad, he surrounded ...