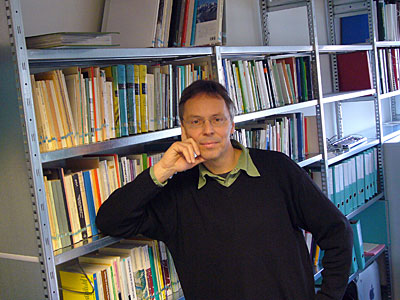 Raimund Rodewald has spent half of his adult life as an environmental lobbyist in the capital, Bern. As head of the Swiss Foundation for Landscape Protection, Rodewald is often first on the scene to protest new property developments and tourism projects. Land is the third biggest resource after water and air, he says, but in Switzerland, it receives little protection. One of his organisation's slogans: "More countryside, less urban sprawl". 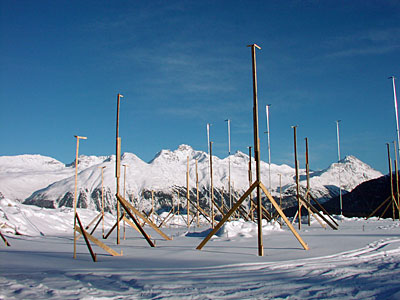 "We represent nature because it doesn't have a voice of its own. The right of appeal [to intervene on behalf of natural environments] is institutionalised in Switzerland and has become a model for other countries. The authorities are under enormous pressure from the business lobby, such as property speculators. We make use of our right of appeal about 25 times a year and have a success rate of around 75 per cent. This shows that the authorities often side with economic interests to the detriment of the environment particularly when it comes to tourism projects." 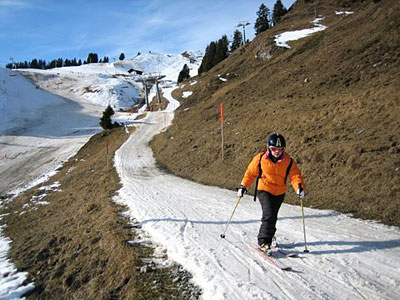 Skiing above village of Villars (swissinfo)

"The tourist industry has one of two choices to make: The first is a controlled retreat – being courageous enough to dismantle ski lifts in lower-lying areas. However, the response of many is to try to keep one step ahead of the problem by moving to higher altitudes. This is the wrong approach because of the substantial investments required and need to alter the landscape. And people will adapt their leisure habits [to climate change] so I don't know if the investment will pay off." 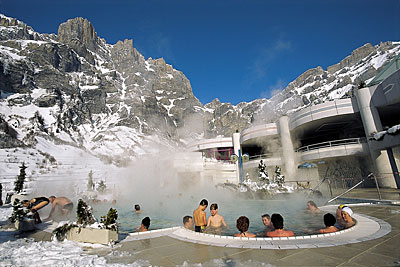 The second choice lift operators have is to work more closely with their local communities to diversify, so lifts become more than a means to move skiers up the slopes. Then during winters with little snow, they can play an active role in health – or wellness - holidays. This is what is needed in the long term. We have to accept the use of snowmaking machines at present, even if diversification is the long-term solution." 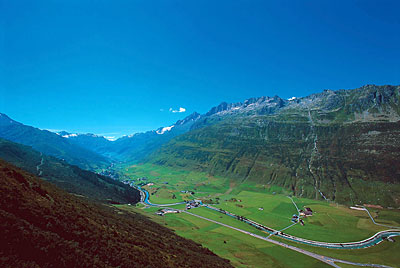 Andermatt and its valley (Andermatt.ch)

"Besides the scar tourist infrastructure leaves behind on the landscape, the industry consumes a great amount of energy. Look at the plans to build a new resort with hundreds of additional beds in hotels and apartments in Andermatt. The only way these beds can be filled is by attracting tourists from abroad which is coupled with a massive rise in energy use." 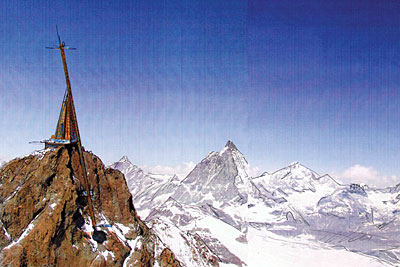 "We have investigated how mountain lift operators can benefit from low-impact tourism. That is being done to a certain extent with the creation of additional high-altitude hiking trails, which start at the top of the lift."

"But in Grächen in canton Valais, for example, plans to build a trail at 2,900m would require dynamiting of the mountainside and the erecting of avalanche barriers. In our opinion, this has nothing to do with low-impact tourism." 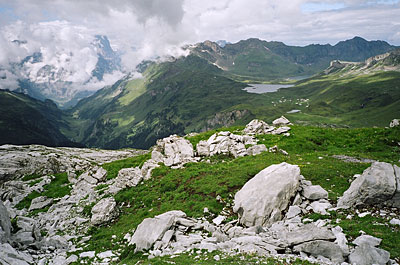 "We have an exciting and challenging relationship with the tourist industry.

"We support low-impact tourism projects, since the natural landscape is the only asset in mountain regions. Therefore the scenery is more than just a product. Nature protection benefits tourism as well."

The environmentalist says the writing is on the wall for ski resorts.