Peter Maurer, Switzerland’s ambassador to the United Nations, is leaving New York after six years to take over the post of state secretary in the foreign ministry.

It takes a fair bit of optimism to succeed at the headquarters of the international community, Maurer told swissinfo.ch. The diplomat admits to feeling a touch of sadness at leaving the building on the shores of the East River.

Maurer says he has many good memories of New York and the current period of transition is not easy for him.

“It is like being in two different worlds at the same time. I liked New York and the post at the UN very much.”

His interview with swissinfo.ch came just hours after he wrapped up his last major task as ambassador – late night marathon negotiations with the UN budget committee.

Maurer’s aim in New York was to position Switzerland as a country which looks for realistic solutions and compromises between the different sides and their interests.

He is credited with giving Switzerland a clear profile at the UN. Many of his colleagues have described him as a talented mediator with excellent negotiating skills – a bridge builder in a New York, a city with many bridges.

Take the example of Libya. Maurer and the Libyan chairman of the UN General Assembly, Ali Treki, kept good relations despite the crisis between their countries - as several sources within the UN confirm.

Maurer often forged alliances with other countries, particularly smaller nations. He submitted proposals for more transparency to the Security Council and improved the legal basis for dealing with the controversial UN “terror lists”.

Maurer notes that the highlights of his mandate were not necessarily identical with successes he had.

“Highlights were those moments whenever he had interesting negotiations.”

He mentions a list of issues to underline his point: The creation of the Human Rights Council, the peace-building committee, negotiations on the UN emergency fund, a resolution about armed violence and development or Switzerland chairing the budget committee of current General Assembly.

“A highlight for me is if you can begin to look for solutions after identifying the problems.

“Of course it is not exactly easy to communicate that protracted budget negotiations are a highlight,” says Maurer with a smle.

It was fascinating for him to realise what vital interests can be hidden behind seemingly banal questions. He remembers a discussion which lasted into the early hours of the morning over the number of helicopters for a UN mission.

It literally dawned on him then what was at stake for the representatives of Somalia, the Democratic Republic of Congo and Burundi: namely that the helicopters were really urgently needed.

Maurer believes in bringing “different stakeholders to the table in an intelligent way and giving all sides the feeling at the end that a fair solution was achieved”.

It is therefore hardly surprising that Maurer made many friends, and by no means only among representatives of like-minded nations.

“It was one of my principles to seek talks also with people who are considered rather difficult, my counterparts from Iran and Pakistan for instance. Over the years we discussed all the controversial issues together.”

However, a good measure of optimism is indispensable to succeed at the UN. “You will not get very far if you don’t try.”

Maurer says it is not easy to win understanding on an international level. Sustainable and structured international relations are not built up overnight.

He admits that his post took a high level of frustration tolerance and required self-motivation. Maurer reckons his academic training as a historian might have helped him there.

“You cannot force the hands of history. There are things that are ripe and others that are not ripe.” But a good diplomat can help to speed up the ripening process, he says.

One of the issues that has seen very slow progress at the UN is the reform of the Security Council. Its structure no longer reflects the geopolitical realities and there is an obvious lack of democracy.

Switzerland is therefore pushing for a reform of the working methods of the council to make at least some small steps towards more transparency.

Switzerland and the UN

Maurer says boosting the role of the UN is in the interest of Switzerland.

“We are losing importance on the international stage while others are becoming more important,” he says. As a result, an institution such as the UN becomes crucial for small countries, including Switzerland, to represent their interests.

As ambassador to the UN Maurer was often reminded of one of the strengths of his own country. In its constitution Switzerland aims for consensus, just like the UN, an organisation which rates the approval of its individual members very highly, according to him.

“I often said - although with a half-serious undertone - that the UN is not only subject to globalisation, but also to a Swissification of the world.”

Switzerland joined the UN in 2002 following a nationwide vote to become the190th member of the world body.

The Swiss city of Geneva hosts the UN’s European headquarters.

In May, former Swiss Foreign Minister Joseph Deiss is set to be named chairman of the UN General Assembly, for a six-month period.

Maurer joined the foreign ministry in 1987. He studied history, political sciences and international law in Bern and Perugia (Italy). He holds a Ph.D. in philosophy.

He was a member of the Permanent Observer Mission of Switzerland at the UN between 1996 and 2000.

In September 2004 he was named Swiss ambassador to the UN and oversees budget and administrative matters of the Fifth UN Commission.

Maurer, who was born in 1956, is expected to hand over his post to his successor Paul Seger, in summer.

In March he took over as state secretary in the Swiss foreign ministry. 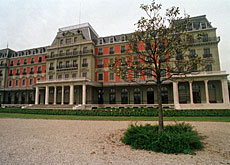 Despite opposition from Washington, the United Nations created a new Human Rights Council in March 2006 – the result of a Swiss initiative. The ... 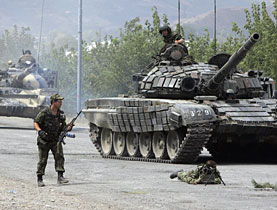 Switzerland's role as mediator in conflicts has been coming under scrutiny by the international community in the past few weeks. Twenty years ago ... 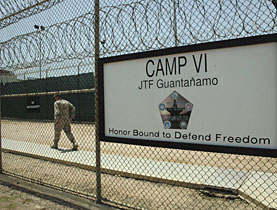 Switzerland has called for more efficient cooperation among the various United Nations bodies that are active in the fight against terrorism. The ... 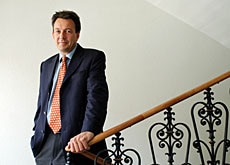 Switzerland will give its support to moves by the United Nations new secretary-general Ban Ki Moon to improve international security and boost ...

The way into the United Nations