Switzerland will hand over $74 million (SFr77.3 million) to Mexico from bank accounts linked to the brother of a former Mexican president.

The ruling concludes proceedings that have lasted almost 13 years. During that time, Raul Salinas spent ten years in prison, accused of the murder of his brother-in-law.

Other assets involved in the case, which are not of criminal origin, have been released, the Federal Justice Office announced on Wednesday. They have been returned to third parties, whose claim had already been accepted by the civil courts in Switzerland.

"The case is a further demonstration of Switzerland's willingness to act resolutely to prevent abuse of its financial centre and return assets of criminal origin to the victims," a justice office statement said.

The funds - more than $110 million in bank accounts linked to Raul Salinas -were originally frozen after the Swiss authorities initiated criminal proceedings against Salinas in 1995 for money laundering.

The Swiss handed over the dossier – almost 300 files - on the activities of the brother of former Mexican President Carlos Salinas to Mexican officials in 2002.

The Federal Court in Lausanne had previously thrown out an appeal by Salinas and his wife to block the transfer, saying they could not state their claim before the judges as they weren't Swiss residents.

Last December the same court rejected an appeal by Salinas' wife against an earlier decision by the investigating judge to keep the money blocked.

Meanwhile the Mexican authorities initiated proceedings against Raul Salinas for embezzlement of state funds and requested the return of the blocked assets to Mexico.

For the Swiss investigators, the Mexican authorities demonstrated, with the support of bank documents and other papers, how public funds amounting at the time to around $66 million had been misappropriated and moved to domestic banks.

In its statement, the justice office added that the Swiss investigation had been able to follow the money trail outside Mexico.

"On the basis of the Swiss and Mexican proceedings, the clearly criminal origin of these assets was thus demonstrated, thereby fulfilling the requirements for their early handover," the statement said.

As an exception to the principle that legal assistance is provided free of charge, the investigating judge has ordered that SFr2.2 million be transferred to the federal treasury and SFr1.1 million to the treasury of the canton of Geneva.

These sums will cover the costs of the Swiss authorities' activities since 1995. The Salinas family will recover none of the funds, according to the investigating judge Paul Perraudin.

The funds that have been released to third parties are believed to belong to Mexican billionaire Carlos Peralta Quintero said Justice Office spokesman Folco Galli. Salinas is thought to have received the money to set up an investment company.

Salinas, now 66, has said that his actions in keeping more than $100 million under false names in Swiss bank accounts were "very unfortunate" and "unforgivable."

But he has always asserted that the money represented legitimate funds given to him by business associates as part of an investment fund.

Salinas' lawyer, Jean-Marc Carnicé, told the Swiss news agency that his "client retained the right of appeal to have his assets returned".

Aktion Finanzplatz Schweiz, an independent monitor of the Swiss financial sector, expressed its satisfaction at the outcome of the case. It regretted however that no agreement had been reached with Mexico on how the money would be used.

Mexico's Attorney General's office said in a statement that the money would be deposited in a government account to be used for the benefit of all Mexicans, without elaborating.

November 3, 1995: Federal justice authorities open money laundering and drug trafficking investigation into Raul Salinas and other Mexican citizens after receiving information from the US. $118.5 million confiscated from accounts in Switzerland and London.

October 19, 1998: Justice authorities stop investigations into Salinas and other accused but order confiscation of funds.

January 1999: A Mexican judge convicts Raul Salinas of organising the murder of his former bother-in-law and political rival Jose Francisco Ruiz. Salinas was acquitted of the charges in 2005 after an appeal. 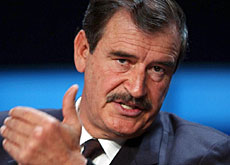 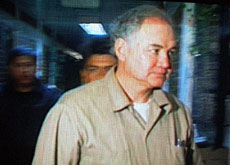 Salinas files to be transferred to Mexico

The Swiss dossier on the activities of Raul Salinas, the brother of former Mexican president Carlos Salinas, is to be passed to Mexico. The ...