Someone makes you a promise that seems too good to be true: they sound persuasive – but if only you could look inside their brain, you would know whether to trust them.

Scientists from universities in Zurich and Konstanz, Germany have uncovered how brains behave in people who make promises they know very well they are going to break.

The researchers, economists and neuroscientists, discovered that although to all outward appearances trustworthy and untrustworthy people behave the same way, the ones who do not keep their word show increased activity in the areas of the brain that play important roles in processes of emotion and control.

More importantly, the research showed that patterns of brain activity make it possible to predict whether a person is likely break a promise.

Applying the results of the research could “in the (distant) future” help prevent fraudulent and criminal intrigues, Zurich University said in a press release.

Their findings are published in the journal Neuron.

Researchers began the experiment by having pairs of student volunteers play a social interaction game, mimicking the relationship between investors and financiers, who would choose whether and where to invest their money.

The volunteer acting as financier sat in a scanner, which enabled the researchers to measure his brain activity.

Player A, the investor, was given two money units, which he could invest with player B. If he did so, player B would obtain a five-fold yield from the investment, ending up with ten units.

Player B would persuade player A to give him the money by promising to return half the yield – giving each player five units. If player A did not believe player B would provide him with a return on investment, he could keep the two units and that was the end of the game.

So player A knew what player B had promised and took his investment decision accordingly but what actually happened was a different matter.

“Player B was completely free whether to keep the promise or not,” neuroscientist Thomas Baumgartner, one of the researchers, told swissinfo.ch.

Outwardly, all those playing the role of player B behaved equally convincingly. But the scan enabled the scientists to see what was going on inside the brains of players B.

“We could make quite a good prediction as to whether B would actually keep the promise or break it,” Baumgartner said.

The game was played with real money – although the sums were not large – so the researchers believe the behaviour was realistic.

“Some handed over the money as they had promised, most likely because it was the right thing to do, but some didn’t.”

The research team sees shades of the 2002 Steven Spielberg film “Minority Report”, in which police used psychics to point out future criminals before they had committed their crimes.

In the long term, the study could be useful in preventing large-scale deception, such as that practised by disgraced investor Bernard Madoff, the researchers suggest.

Baumgartner admits that potential fraudsters might not want to be scanned but thinks perhaps one day they will have no option because otherwise no one will be willing to invest their billions with them.

At the same time, he accepts that a scan is not foolproof – but then, neither is taking a person on trust.

“It’s better to have additional evidence as to whether the person is trustworthy or not. Maybe one day such brain measurements might be able to prevent such financial scandals,” he hopes.

Peter Schaber, professor of applied ethics at Zurich University, when asked about the ethics of using the result of the new research in such a way, told swissinfo.ch that while it would be unacceptable to oblige a person to be scanned, a potential investor could well demand a scan as a “necessary condition” for making a deal with a financier.

Baumgartner is far from claiming that the results so far could detect all potential fraudsters.

“It’s tricky to implement it in a real situation. You have to ask the right questions,” he admits.

“But in my view this study is the first to give some evidence that this might be possible in future.”

Schaber pointed out that even if a brain scan truly is reliable, drawing conclusions from the activity observed depends on making correlations.

“You can say: ‘People in a similar situation who showed similar brain activity turned out not to keep their promise… So it is probable that the same will be the case here.’ But you cannot say it is any more than probable”.

Another possible application could be when it comes to deciding whether a criminal should be released from prison. When experts are not right and, consequences can be tragic.

“I don’t want to replace anyone. It’s important to ask psychologists and psychiatrists, but in cases where you are not really sure, maybe someday you will be able to provide additional evidence by using brain imaging,” said Baumgartner.

“If someone refused to undergo one, you would say: ‘OK, that’s your choice, but then you’ll stay in prison.’”

While playing down extravagant claims for what his research could lead to in preventing crime, Baumgartner is nevertheless cautiously optimistic.

“This study gives some evidence that this might not be impossible.”

The research has been published in the journal Neuron, under the title The Neural Circuitry of a Broken Promise.

The study was conducted by Thomas Baumgartner and Ernst Fehr, both at Zurich University, and by Urs Fischbacher of the University of Konstanz

It involved a social interaction game in which a player who broke a promise made a monetary gain.

A brain scan revealed increased activity in specific parts of the brain when the promise was broken.

The findings suggest that the dishonest action triggers an emotional conflict as honourable behaviour is suppressed.

Researchers also concluded that “perfidious” patterns of activity make it possible to predict who will break their word.

Three-quarters of fraud cases concluded in Swiss courts in the first half of 2009 involved managers, according to an auditing firm's fraud barometer. 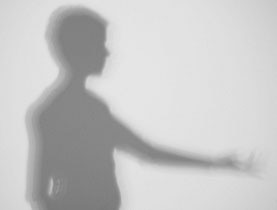 A 64-year-old woman has reported to doctors at Geneva University Hospital the presence of a pale, milky-white and translucent third arm. After ... 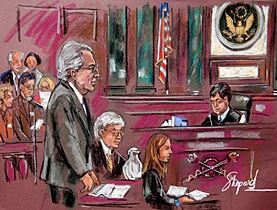 The day after a judge gave the biggest swindler Wall Street has ever suffered 150 years in jail, Swiss media turned to the lessons learned from ... 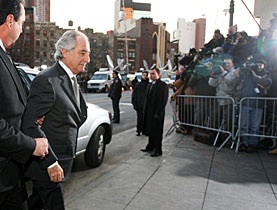 Financial criminal Bernard Madoff was sentenced to 150 years in prison on Monday after his $65 billion (SFr70 billion) fraudulent investment ...