swissinfo.ch visited “The Guardian Angels” project laboratories at the Federal Institute of Technology in Lausanne (EPFL) to find out more about the next-generation chips that may transform our daily lives.

Visitors to Michael Graetzel’s EPFL lab come away spellbound. One or two raspberries are squashed between two small glass layers, one of which is covered with white paint and criss-cross pencil shading. Two electrodes are then connected together. Exposed to light, this unusual device produces enough current to operate a small electric motor.

For 20 years Graetzel’s team has been working on low-cost solar cells inspired by experiments like this one. So it is not surprising to see them involved in the Guardian Angels project – one of the finalists competing to become one of two “flagship” European Union projects worth €1 billion (SFr1.28 billion) over the next ten years. The two winners will be named next year.

“Guardian Angel” devices ideally function without batteries or mains electricity, instead being powered by body temperature, sun or movement. The challenge is to produce chips that consume as little as possible and tap into different energy sources.

The next-gen chips aim to consume one hundredth the amount of  energy used by today’s silicon versions. In the pristine white new labs EPFL researchers use electron beams to create minute electronic circuits that are measured in millionths of a metre.

Elsewhere microscopic carbon nanotubes are being “grown” that are thousands of times smaller thanks to the ability of carbon atoms to self-assemble spontaneously.

Carbon nanotubes, which are stronger than diamonds and better electric conductors than copper, are the ideal raw materials for the chips of the future – minuscule, ultra-fast and extremely heat resistant.

The researchers aim to power the devices using not only sunlight but also the heat and movement of the human body. The Centre Suisse d'Electronique et de Microtechnique, or CSEM, based in Neuchâtel, which is affiliated to the EPFL will make available tiny piezoelectric convertors that can create a current by simply walking.

The aim is not to make art but to “transform science and technology into something useful for humanity, something that has an impact in our everyday lives,” explained Adrian Ionescu, the head of the EPFL’s Nanolab and Guardian Angels co-director, alongside Christofer Hierold from the sister institution, the Federal Institute of Technology in Zurich (ETHZ).

And there are many potential applications. Tiny smart devices could be embedded in the fibres of our clothes acting as biomedical sensors monitoring information such as heart rate, blood pressure, temperature and blood sugar level. Such a device has particularly promising applications for aging western societies and elderly people who might wish to remain living at home, say the researchers.

The smart devices could also have environmental uses, detecting dust in the atmosphere, as well as pollen, ozone concentrations or the arrival of storms or tsunamis. By communicating together from fixed points the devices could recognise dangers and send out alarm signals.

The futuristic chips may also be able to detect emotions. They will be able to tell a teacher if their pupils are listening, alert a car about its drunken or exhausted driver and tell an air traffic controller when to replace a stressed colleague.

There are also huge opportunities for handicapped people.  At the EPFL Neuroprosthetic Centre a student wearing a helmet covered with electrodes showed how it was possible to pilot an electric wheelchair using thoughts.

But not everyone is keen on being analysed, monitored and permanently surveyed, even if it is for our own good.

Ionescu is clear on this point: “Guardian Angels will not be spies; the technology will remain non-invasive and anyone can switch it off when they want.” Special attention has been given to the ethical aspects of the project.

The Guardian Angels project assembles a pan-European network from 12 countries under the leadership of EPFL and ETHZ.

By multiplying their discoveries over the coming years, the 17 research centres and institutes and 11 industrial partners, including IBM, Siemens and Sanofi Aventis, that make up the European network hope to create the ultimate smart device.

Future and Emerging Technologies (FET) is a European research support programme for research in information and communication technologies. Over 22 years it has co-financed 526 projects, with an increasing budget (€370 million for 2007-2011).

The “flagships” are the two projects which will be given €1billion – up to €100 million over ten years - by the European Commission. They have to be large-scale, visionary, scientifically grounded, politically supported and financially solid and have the potential to “provide solutions to some of society's biggest challenges”.

Six projects have been shortlisted; the two winners will be announced in the second half of 2012. However, the number of winners is still under discussion and may be raised to three.

Of the finalists, the EPFL is leading the Human Brain Project, and is sharing the lead of a second one - Guardian Angels – with the Federal Institute of Technology Zurich (ETHZ).

The ETHZ is sharing the lead of a third finalist, FuturICT, with University College London.

Guardian Angels aims to create energy-efficient devices able to help human beings in areas ranging from health to environmental protection; FuturICT is a futuristic mix of sociology and information technology, to understand how societies work and predict disasters like the 2008 global economic crisis.

Probing the secrets of the brain

An ambitious project to understand the functioning – and malfunctioning – of the human brain is hoping to attract major European funding. The ...

By Marc-André Miserez in Lausanne

The Swiss science community has landed a coup with three projects among six finalists competing for the top places in a billion-euro European ...

By Marc-André Miserez in Budapest 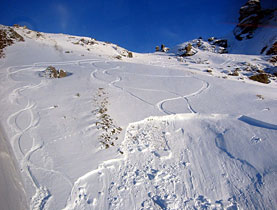 Initiative aims to give boost to engineering

Nanotechnology could be soon applied to monitoring health, the environment and security on a large scale thanks to a new national initiative. The ...