A chapter of Swiss history has been rewritten, clearing the names of people who helped smuggle refugees into Switzerland during the Second World War.

A parliamentary commission has been dissolved after completing the rehabilitation of all 137 known cases of people convicted by a Swiss military tribunal of breaking the law during the war by helping mainly Jews cross into the country illegally.

Nearly 70 years on, the rulings have been annulled and the names of these “heroes”, as they belatedly were known, published. They include Swiss, French, Italians, Germans and Poles.

All are now dead, leaving only their relatives to take comfort in the rehabilitation. Just three of the people were still alive in time to hear that their names had been cleared.

The commission and people closely involved in the rehabilitation admit the whole process started rather late. A law came into force in 2004 allowing refugee helpers to be pardoned. It was at this point that the rehabilitation body started going through archives, reviewing cases and formally noting that the people involved had acted correctly.

They were “unknown heroes”, Alexandre Schneebeli, secretary of the commission, told swissinfo.ch. Publishing their names becomes somewhat of a memorial for their descendants, he said.

During the war strict border checks were in force in Switzerland. Nevertheless, a total of some 300,000 people crossed the borders from Nazi-occupied countries for longer or shorter periods. Of these, over 100,000 were military personnel, who were liable to internment.

But a small number of people around the Swiss frontiers helped smuggle thousands of others fearing persecution into Switzerland. Anyone caught doinig this was fined or even jailed.

“In general it was very simple people, the real lower class, who did it,” Nils de Dardel, a former parliamentarian who helped bring about the rehabilitation law, told swissinfo.ch.

“These people were very brave. It was very dangerous, difficult and tiring work. And they received very little money for it.”

Until the work of the commission, little was known about these people. Military tribunal archives and cantonal records were trawled through to track them down. Only 137 cases were uncovered, but there could have been more, as some people were never caught, according to de Dardel.

He noted that the rehabilitation law itself was “completely unique” in Switzerland. “A law annulling rulings pronounced by a military tribunal, even if it is done 50 years later, is extraordinary. It was unprecedented in Switzerland. Symbolically, judicially, historically, it was an important law.”

“Of course it came too late. But better late than never.” He argued that a motivating factor for it to finally be introduced was the 1990s probe into dormant accounts held by Jews in Swiss banks, which led to a re-examination of Switzerland’s role in the Second World War.

“I, and those who promoted this law, think it’s very useful to re-examine all this period with a critical eye because it teaches us many things about our country, about the way in which it developed, about the deception that we try to maintain at all costs,” said de Dardel.

The commission, which says all known cases have now been examined, also admitted Switzerland was “clearly late” in handling the issue.

“There are many people who asked why Switzerland is returning to this now,” Schneebeli said.

“But at least it was done. Thankfully. And I think it needed that many years [to come about]. We have seen in other countries how much time it took to become aware of what happened in these countries.”

Almost half of the cases treated by the commission were brought by the Paul Grüninger Foundation, named after the St Gallen police commander who saved around 3,600 Jews from Nazis in Austria by forging paperwork so they could enter Switzerland. Grüninger himself had his named cleared posthumously in 1995 by a St Gallen court.

Parliamentarian Paul Rechsteiner, who runs the foundation, said the commission had been useful even though it was “a pity” it was set up so late.

“Switzerland had a duty towards these people and also towards the present generation to say that they are not criminals, that Switzerland was not right to convict them but that they were heroes for what they did.  It’s important for the memory of their descendants.”

It was not too late to learn from history either, he noted.

“Switzerland’s behaviour during the time of the Nazis was the most difficult in its history. Even if history never repeats itself, it’s important to see how people behaved,” Rechsteiner said.

“Also [to understand] that it is the duty of every man and woman to be aware that one cannot delegate humanity to the state.”

The Swiss parliamentary rehabilitation commission was set up to rehabilitate people sentenced for helping refugees, mostly Jews, enter the country illegally during the Second World War.

At the time thousands of fugitives were refused entry in an attempt to protect Switzerland from being overwhelmed by refugees.

They included 59 Swiss, 34 French, 24 Italians, six Germans, three Poles, one Czech, one Hungarian and one Spaniard. All are now dead.

A five year probe into Switzerland’s wartime past was carried out by an Independent Commission of Experts (ICE) set in 1996 at the height of the debate over dormant accounts in Switzerland.

It delivered its final report in 2002.

It found that Switzerland’ policy towards refugees had been excessively restrictive. Around 20,000 had been turned away, most of them Jewish.

This happened although the authorities knew the fate in store for them. In cases where they were allowed entry, their human dignity had not always been respected.

The report said the government and parts of private industry went too far in cooperating with the Nazi regime. The Swiss government helped finance the Nazi war effort by extending export credits to firms supplying crucial materials to Germany and Italy.

Pharmaceutical companies went out of their way to voluntarily “Aryanise” their German subsidiaries by sacking Jewish employees.

The ICE also found that the government and businesses had failed to make proper restitution to the victims of the Nazis after the war.

The historian who chaired an expert commission investigating Switzerland's role in the Second World War has died. Jean-François Bergier died on ... 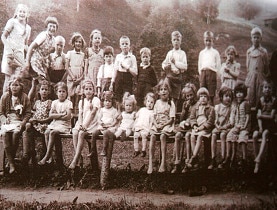 Children of the German resistance

The sons and daughters of the German resistance revisit their "Swiss" homes. Swiss doctor, Albert von Erlach, brought the children of members of ...

Cioma Schönhaus calls his second home – Switzerland – a paradise. In 1943, he found refuge here from the horrors of the Holocaust. Thanks to his ...