Swiss tourists are among the worst abusers of young girls and boys in Kenyan holiday coastal resorts, according to a report issued on Tuesday.

Swiss men were the fourth worst offenders among the tourists, it claimed, accounting for 12 per cent of the clients, after Kenyans (38 per cent), Italians (18 per cent) and Germans (14 per cent).

The report said a further 2,000-3,000 girls and boys were engaged in full-time sex work, with many of the children attracted to the coastal regions from other parts of Kenya. More than 45 per cent of the girls surveyed began selling their bodies for cash, goods or favours when they were 12-13 years old.

Launching the report, Kenya's Vice President Moody Awori described the findings as a "shocking reality" and said the problem "continues to grow to horrific magnitude".

"While many children are driven... because of poverty, the high level of acceptance... makes it relatively easy for children to drift into casual sex in exchange for no more than extra pocket money," added Heimo Laakkonen, Unicef representative in Kenya.

"It is good to do this kind of study to discover the size of the problem, but the Kenyan police now have to investigate cases and to at least make some examples of people - one single witness could lead to a trial," he told swissinfo.

Under Kenyan law, sexual exploitation of children is a criminal offence, but Boëton pointed out that the police and the courts are often not aware that tourists can be prosecuted back home.

"Also, the authorities in these kinds of places do not want to make too much of a fuss, as the tourists are a great source of foreign exchange," he added.

For Unicef, one particularly disturbing fact is the "frighteningly high" acceptance of child prostitution among people working in the Kenyan tourist trade. Some 75 per cent of those interviewed thought underage sex – as a source of income – was normal and tolerable, or even approved it for girls. Some 60 per cent thought it was acceptable for boys.

To tackle the issue, Unicef and the Kenyan government are calling for urgent action, focusing on protecting children and prosecuting adult perpetrators.

The authors of the report are urging for a revision of Kenyan child protection legislation, and for hotels, bars and clubs to take a responsible stance leading the way in exposing perpetrators, and signing up and implementing a code of conduct to protect children from sexual exploitation.

Unicef and the Kenyan government carried out the joint study in the Diani, Kilifi, Mombasa and Kwale coastal districts in eastern Kenya between October 2005 and March 2006. The report was based on interviews with 230 people, mainly from the tourism industry, and the diaries of 84 child sex workers.

Kenyan men were the worst offenders, but half the clients were from Europe, principally Italy, Germany, Switzerland and Britain.

A new campaign targeting child sexual abuse has been launched with the aim of raising awareness of the problem among primary school children. ... 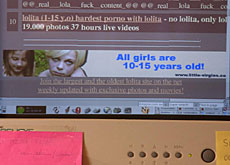 The Swiss authorities have launched a campaign to stop the illegal downloading of child pornography from the internet. This comes as figures show ... 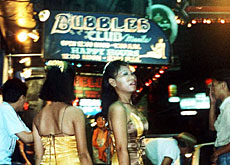 Switzerland is sending a police attaché to Thailand to help in the fight against child sex tourism. He is expected to work with local police on ...