The Swiss government, along with a pacifist group and even a representative of the arms industry, would welcome the signing of the Arms Trade Treaty (ATT) being debated by nations this month.

Switzerland’s arms export laws are considered among the strictest worldwide even if breaches or evasions of these rules regularly attract media attention.

Erwin Bollinger, of the State Secretariat for Economic Affairs (Seco) and head of the Swiss delegation at the United Nations conference, says a global effort would be very welcome, even if the accord were to fall short of Swiss standards.

Swiss law states that war materiel cannot be exported to countries involved in an internal or international armed conflict, or those systematically and seriously violating human rights. Nor are sales allowed to developing states that also receive development assistance or if there is a strong risk that weapons will be used against civilians or sold to another destination.

“We hope to achieve a legally binding international treaty with as many UN member states as possible,” Bollinger tells swissinfo.ch.

He says the treaty should cover a comprehensive part of conventional arms, including controversial small arms and light weapons as well as the main forms of transactions: Export, re-export, transfer of technology, import and brokering. Shipments must be based on a list of clear, non-discriminatory criteria and applied on a case-by-case basis.

Striking a more pessimistic note about the outcome of the conference, Adi Feller from the pacifist Switzerland Without an Army group says progress in only possible to a limited extent.

“If there is going to be an accord at all, it will be based on the lowest common denominator.” Countries trying to circumvent a ban on arms deliveries because of human rights violations will find an excuse to do so, he adds.

Andreas Meier, head of export control of Rheinmetall Air Defence (formerly Oerlikon Bührle and later Contraves) supports demands for respect of human rights in deals, as he said in a magazine article published by the Swiss branch of Amnesty International.

He refers to the code of conduct of his company but he is convinced an international treaty in line with current, comparatively strict Swiss regulation would be set to fail.

“The Arms Trade Treaty is unlikely to have an impact on Rheinmetall Air Defence because existing Swiss laws on arms exports are comprehensive,” he is quoted as saying in the June edition of the magazine.

Trying to accommodate the role of the state as champion of humanitarian law and the principle of economic freedom - and more particularly the interests of the defence industry - Bollinger calls for a level playing field.

“The trade in arms, including components and spare parts, is becoming an increasingly global business. Companies are under pressure to export war materiel,” he says.

Bollinger dismisses allegations that an ATT could encourage Switzerland to weaken its robust laws on weapons exports. “We have a very critical civil society and any attempt to lower our standards would not go unnoticed,” he says.

“It will be up to the public in Switzerland, parliament and political leaders to make sure that there is no lowering of standards,” he explains. He welcomes the stance of the Swiss delegation to the conference and Swiss arms export legislation in general, aimed at a wide scope of a treaty and cooperation with other countries.

“But the devil is in the details. We have to look at the actual text and how it works.”

Referring to the lack of territorial control of arms deals or to the delivery of arms for peacekeepers, he says some aspects should be revisited by parliament.

Wood’s primary concern is not so much Switzerland’s position but the time factor to achieve a result by the end of the three-week conference, given the divergent interests.

“There are 114 hours of negotiating, but 193 countries in the room,” he tells swissinfo.ch.

He warns against setting unrealistic goals such as an outright ban on arms exports.

The issue for all governments is how to restrict the trade to make it more responsible and to stop the diversion of arms into illicit trafficking, he argues.

“That is a realistic prospect. If that door has become open through mobilisation and campaigning internationally I would urge the people of Switzerland to help push the door open.”

On three occasions between 1972 and 2009 Swiss voters threw out initiatives aimed at banning weapons exports. Three years ago, the business community and the government argued outlawing arms trade would threaten thousands of jobs.

Opposition against arms exports has not subsided, with the Swiss Foraus foreign policy think-tank calling for more transparency about government decisions on weapons exports. Legal experts and churches are also criticising apparent contradictions with Switzerland’s role as depositary state of the Geneva Conventions on international humanitarian law.

In 2011 Switzerland exported some SFr872.7 million ($912.9 million) in war materiel. Such exports account for just 0.4 per cent of Gross Domestic Product, according to officials.

And Swiss weapons manufacturers have regularly been in the headlines (see sidebar) in the past few decades.

In the latest incident, Amnesty International says a shipment of teargas ammunition for South Africa was re-exported to the Democratic Republic of Congo despite a fragile peace agreement and reported human rights breaches in the central African state. The about 3,000 cartridges were produced by Brügger & Thomet, a Swiss-based supplier of firearms.

The first of several war materiel export scandals to rock Switzerland occurred in 1968, when during the Nigerian Civil War it turned out that planes belonging to the International Committee of the Red Cross had been hit by rockets made in Switzerland.

A decade later it was revealed that PC-7 training planes manufactured by Pilatus could be easily modified to carry bombs. Nicknamed the “poor man’s bombers” because of their relatively modest cost, PC-7s are said to have been used as attack aircraft in Myanmar, Guatemala, Mexico, Chile, Bolivia and Nigeria. More recently Pilatus products have been spotted in Iraq, South Africa and Darfur.

In 1972, pacifists launched the first of three initiatives to ban the export of arms which was narrowly defeated. Swiss voters have rejected a further two proposals aimed at banning exports of war materiel. The latest in 2009 gained the support of just 32% of voters.

Exports of war materiel again hit the headlines in July 2011 when it was revealed that munitions sold to Qatar had shown up in Libya in an apparent breach of export regulations.

Seco imposed an immediate ban on exports to Qatar pending the results of its investigation. In December the ban was lifted again with Seco blaming a “military logistics error” for the re-export.

It was also revealed this week that Swiss grenades might be used by opposition forces in the Syrian uprising, even though no weapons have been exported to Syria since 1998. Seco has said it will look into the case.

Switzerland exported war materiel, including components and spare parts, worth a record SFr872.7 million ($912.9 million) last year, according to Seco.

A 36% increase on 2010 is due to the sale of 25 Swiss-built Pilatus PC-21 training aircraft to the United Arab Emirates.

Swiss war materiel and components went to a total of 68 countries, including neighbouring Germany and Italy, as well as Belgium and Spain. Such exports are subject to approval by the state.

Seco added that it “exercised restraint” for exports of war materiel to countries in North Africa and the Middle East, notably Saudi Arabia, Pakistan and Egypt.

All United Nations member states, including Switzerland, are participating in negotiations to agree a legally binding instrument on international ...

Swiss law governing the exportation of war materiel has been criticised by legal experts as lacking transparency as regards the end-use of ... 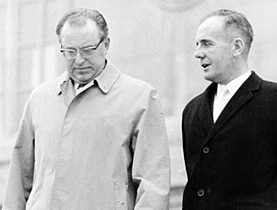 Oerlikon-Bührle, Pilatus, Ruag – Swiss weapons manufacturers have often made the headlines, but rarely for the right reasons. On November 29 the ...

Getting defensive Shopping for warfare

Where can you buy a bulletproof car, night vision goggles and missile launchers? Photographer Andri Pol took a peek inside Europe's largest arms ...

The arms dealer who loved art