Fifty years after his death General Henri Guisan remains a symbol of Switzerland’s ability to fend off foreign invasions during the Second World War.

To this day Guisan has something of a cult status, an unusual phenomenon in a country not prone to putting anyone on a pedestal.

His presence is everywhere, just check the maps of major Swiss cities. Almost all have a Guisan Street, an Avenue General Guisan or a Place General Guisan. And it is very probable that the general’s portrait still hangs prominently in some old village bars.

To mark the anniversary of the Swiss army chief’s passing on April 7, a documentary is being aired to depict a fresh picture of the man. The 55-minute film by the Swiss Broadcasting Corporation (SBC) will be shown in all four language regions.

No fewer than 300,000 people attended the general’s funeral in Lausanne in 1960, the biggest attendance at a funeral in Swiss history.

Swiss television, fully aware of the significance of the event, broadcast the funeral live and in its entirety.

Fifty years later, that same broadcaster returns to the myth of the man in its documentary, simply entitled The General.

During a presentation on the documentary in Bern, SBC assistant general manager Daniel Eckmann was quick to point out what the film does not set out to do: "Its role was not to rewrite the history of Switzerland's role during the Second World War, but to show the journey of a man.”

This journey can be illustrated in a new light through the use of unpublished archives. In particular, for the first time viewers can see images of General Guisan in colour. In another example, a never-before-seen document shows him meeting the Italian dictator Benito Mussolini.

Not only is the material featured unique, it also gives a bigger picture. "We have seen different angles of the life of Guisan, but until now his whole story has not been told," says the documentary director, Felice Zenoni.

The General retraces the footsteps of Henri Guisan on a path from a country bumpkin from the canton of Vaud to that of army chief and legendary Swiss figure.

The image of the general that emerges from this documentary is one that is overwhelmingly positive. It is that of a man close to his troops at a time when military commanders still preferred to keep a certain distance from their subordinates.

Politically, it is also the image of a patriot determined to defend his country against the Nazi threat. To this end, he came up with the “Reduit” strategy, a concept of using the Alps as an impregnable defence and a way of controlling transalpine roads and rail links.

The good and the bad

However, the documentary is not a eulogy to Guisan’s glorious past. Historians and eyewitnesses also pick apart his actions during this turbulent period.

"We did not want to make a hymn to Guisan,” says Zenoni. “For me, as a journalist, the aim was to tell what was happening at the time. There were things that were good and not so good."

Among the caveats to Guisan’s military action was the sometimes close contact he would have with belligerents, to the extent that it posed a threat to the political neutrality of Switzerland.

Documents found by the Germans during the defeat of France in spring 1940 put Switzerland in a delicate position. Research has shown that risky secret agreements between the general and the French side were in place. And in March 1943 he would meet Walter Schellenberg, head of espionage against the SS, on Swiss territory without informing the government.

Politically, the portrait of the general also suggests some darker areas. It reveals a very conservative man who was quite hostile to workers’ movements. For example, his admiration for Mussolini even after the end of the war "raises questions", Zenoni notes.

Although still as popular as he was decades ago, it is clear that the image of General Guisan has faded among the younger generations.

"We are perhaps in an interim period. For those who lived through that time, the general remains still a bit of a myth. For people today, he is not so interesting.

“But I think he will make a comeback, because the more time passes, the more we rediscover our history," says Zenoni.

Henri Guisan was born on October 10, 1874 in Mézières in canton Vaud.

After studying agronomy, he became a gentleman farmer in Pully.

Appointed an army officer in 1894, he slowly climbed the military ranks. During the First World War, he was made a lieutenant colonel, and later given the rank of brigadier (1927) and then corps commander (1932).

Parliament elected him general on August 30, 1939 and he remained commander-in-chief of the army until August 20, 1945.

In Switzerland, the rank of general is awarded only in wartime. Elected by parliament, the general is the commander of the Swiss army in times of war.

In peacetime, the most senior members of the Swiss Army are the brigadier, divisional and corps commander. Abroad, they are designated brigadier general, major general and lieutenant general. 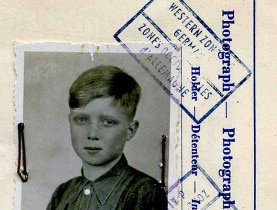 A little known Swiss chapter in the story of the failed attempt to assassinate Adolf Hitler in 1944 was reopened this weekend. When Claus von ...