The national postal services faces many challenges at home, but there are also opportunities abroad, Swiss Post's board chairman Claude Béglé tells swissinfo.ch.

Béglé believes that it is a time of change for the company, which has to straddle both innovation and tradition.

Most Swiss attach great importance to the services provided by Swiss Post and do not want the complete deregulation of the letter delivery market as proposed by the government in May, according to a survey published on Monday.

But Béglé, whom swissinfo.ch met at the annual Congress of the Swiss Abroad in Lucerne, warns that the postal service is nevertheless facing stormy weather.

swissinfo.ch: In your speech on Saturday to the Organisation of the Swiss Abroad you defined Swiss Post as Switzerland in a concentrated form. For what reasons?

Claude Béglé: Because both Switzerland and Swiss Post have made compromises. During one of his first farewell speeches on Friday, outgoing Interior Minister Pascal Couchepin said that sometimes he found it difficult to accept that things progress a bit slowly in Switzerland because one always has to find a compromise. But he stressed that compromises are basically good.

It's the same at Swiss Post. You have to consider finding a balance between many extremes – between a public service mission and financial imperatives, between being efficient and therefore concentrating on the more economically important regions and the moral responsibility of being present in the peripheral regions, between the fact that young people are increasingly using modern technologies while the old still need traditional post offices...

swissinfo.ch: And it's difficult to find this balance?

C.B.: It's difficult because Switzerland is a rather conservative country which doesn't like change much. But Swiss Post operates in an economic sector which is rapidly changing.

If we don't embrace the innovation challenge, someone else will and we'll lose market share. If, on the other hand, we go down this road, for example through electronic letter transfer, we ultimately risk speeding up the demise of one of our traditional activities and basically scoring an own goal. What will we do with sorting offices that cost SFr1.4 billion ($1.3 billion)? What will we do with staff if we want to avoid mass layoffs?

swissinfo.ch: What should one do?

C.B.: Swiss Post is on extremely shaky ground, on stony ground with rocks that keep falling. On the one hand, we must try to create new businesses which will allow us to keep jobs; on the other, we have to find solutions which are a bit conservative. It's a bit like squaring the circle.

swissinfo.ch: Swiss Post is deciding the fate of around 400 post offices. Do you think restructuring of the network is inevitable?

C.B.: On the one hand, as our turnover is going down, we have to show a certain flexibility. On the other, however, we have a moral responsibility towards the peripheral regions, so therefore we can't go too far.

I think we have to enter into an equal dialogue with the communes. Rather than simply closing a post office, we have to give a future to these regions, by finding constructive solutions with local players.

swissinfo.ch: The government didn't want to grant you a licence for certain banking services (mortgages, small business credit). Will you try again?

C.B.: I think one day we'll get it. What we haven't yet managed to communicate is that a banking licence is principally a defence strategy. My fear is that our clients will withdraw their money. If we could offer them something more than money transfers and deposit accounts, we'd manage to keep them. It's a more equal relationship.

swissinfo.ch: You have said that you want to find new avenues. What are the possibilities?

C.B.: Essentially in the sector of e-business. Today we are only at the beginning and perhaps we are lacking a bit of courage and political support to launch bigger things. Nevertheless, I think it's necessary to start as soon as possible because when you start something in a new sector you don't see the profits in the first year, but have to wait four to five years.

C.B.: Abroad we should concentrate on the really lucrative markets because there we don't have a public service obligation. All the successful post offices operate like this. The French one is very conservative in France but acts in a totally different way abroad. If our neighbours take a differentiated approach, I really think we should as well.

There are certainly big opportunities. In India the post office wants to develop its financial services in rural areas, which have until now been limited to big cities. Our technology could be an attractive solution for ensuring these services. By managing to develop ourselves abroad we could also finance our presence in Switzerland.

During the Congress of the Swiss Abroad in Lucerne, Claude Béglé said that Swiss Post was seriously considering proposing that Swiss living in the United States should be given the opportunity of opening a Postfinance account in Switzerland.

The tax spat between UBS and the US tax authorities has pushed many Swiss banks into ending business relations with private clients living in the US. This includes some Swiss who feel discriminated against compared with Swiss residents or expats in other countries.

59-year-old Claude Béglé started his career in Nepal, before moving to Lebanon and Zimbabwe, where he worked for the foreign ministry and the international red cross.

He then went to work for the Nestlé group, where he stayed for 14 years in different countries.

As the managing director in Poland for Philip Morris, he presided over one of the biggest privatisations ever in Europe.

He started his postal career in 1997. He first worked for TNT Express Worldwide, then GeoPost International Management and DBP. In 2005 he worked for Deutsche Post. Since April 2009 he has been chairman of the board at Swiss Post.

A majority of people do not want to see changes to the Swiss Post's public service mandate, according to the results of a survey. Some 57 per ... 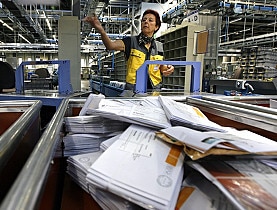 The watchdog of Switzerland's postal services says that Swiss Post is "massively overcharging" for postage stamps every year - by SFr300 million ... 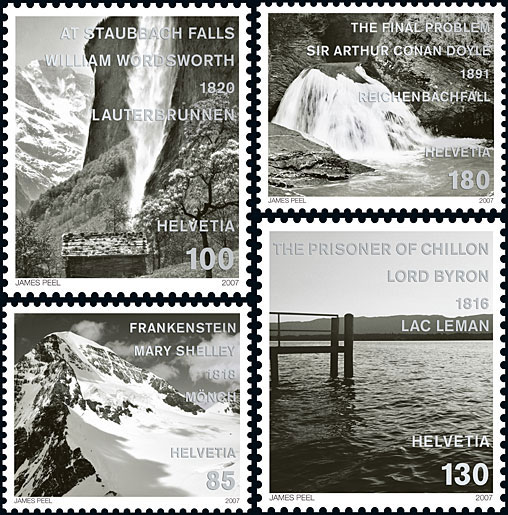 Swiss Post has released four stamps with an English literary connection as part of its series portraying Switzerland through the eyes of foreign ...

Special stamps from the past ten years. Collectors and customers appreciate the quality of Swiss stamps. Not only the design of the stamps but ...