Trees make more noise than previously thought, according to Swiss researchers, although human ears will never hear a sound.

How they actually create a continuous hum is still mystery, although the most plausible theory is that carbon dioxide plays a major role.

Trees have been known to emit so-called ultrasonic sounds since the end of the 1960s, when Scottish researcher John Milburn stuck a record player needle into a branch, hooked it up to an amplifier and put on a set of headphones.

The result was a perceptible click, making Milburn the first human to listen to the inner workings of a plant. What he heard was in fact the collapse of water columns – the tiny pathways that lead the liquid through the tree from the roots – when they begin to dry out and burst.

Most of this sound is emitted at ultrasonic levels. In other words, they cannot normally be heard by humans, but can be measured by sophisticated microphones.

Swiss researchers Roman Zweifel and Fabienne Zeugin travelled to canton Valais in the south of Switzerland to carry out measurements over two years in some of the country's driest forests.

Zweifel explained to swissinfo that that is where some of the toughest conditions for pubescent oaks and Scots pine can be found, since the area has both plenty of sun and low water levels.

Daytime measurements confirmed that ultrasonic emissions peaked when the trees suffered from a lack of water.

Water is one of the key components of photosynthesis, the process plants use to convert light into chemical energy. Water and carbon dioxide (CO2) are converted into oxygen and energy-rich carbohydrates.

This is why plants must continuously pump water out of the ground, moving it towards the leaves where the process takes place. Take the water out the equation, and the tree suffers as the water columns that transport the liquid burst.

At night and on cloudy days, moisture increases and noise levels drop off inside the tree trunks.

But the sounds don't stop completely. The two researchers found regular residual noise that was lower in intensity than the highest daytime emissions, but present all through the night and peaking before sunrise.

"This noise is probably drowned out by louder emissions when the trees are stressed," added Zweifel, who works for the Federal Institute for Forest, Snow and Landscape Research near Zurich.

The origin of this ultrasonic hum is unclear for the time being. However, the researchers think it definitely has something to with the movement of water through the tree.

Zweifel believes that the most likely explanation for the nighttime noise is the presence of tiny gas bubbles inside the tree trunk.

Previous studies have shown that when water levels build up again inside a tree, it begins to grow, and to produce new cells as well as carbon dioxide that is dissolved in the water.

German scientists have suggested that this CO2 eventually becomes tiny bubbles which generate the ultrasonic hums as they interact. But more research will be needed to confirm this and also to discover whether the humming is influenced by outside factors.

As to whether the trees use the humming to talk to each other, Zweifel believes that is not the case, but he admits he can't prove it for the time being.

"I believe it is a purely physical phenomena. The sounds we have observed have a very regular pattern between day and night, and if it was communication, there would be some kind of exchange," he said.

Oxygen makes up just 21 per cent of the air surrounding us. Carbon dioxide and other gasses make up a tiny portion of it, as little as one per cent, while the rest is nitrogen.

Some researchers believe that Earth's atmosphere would never have the oxygen we need without plants. Plants (and some bacteria) release oxygen during photosynthesis. Basically, this means that by using energy from the sun, a plant can transform carbon dioxide and water into glucose and oxygen.

Without the sun to feed plants (and the plants to release oxygen), we might not have breathable air. Plants also help control the amount of carbon dioxide, a greenhouse gas, in the atmosphere. And they release water into the air during photosynthesis. 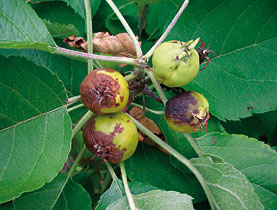 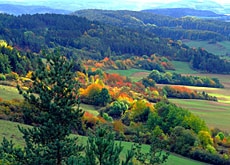 Forests seen as vital to quality of life

A ministerial conference on forest protection has ended with a call for sustainable management of Europe's woods, and increased use of forests in ... 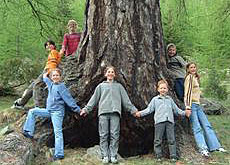 Experts are debating whether a larch in the Valais mountains, estimated at 1,500 years old, is indeed Switzerland's oldest tree. If it proves to ...