The deal is to settle the claim that UBS helped wealthy American clients evade taxes. It could expose some UBS customers to US Internal Revenue Service scrutiny and law enforcement action.

Officials at the US Justice Department said UBS had entered what is known as a deferred prosecution agreement on charges of conspiring to defraud the US by impeding the IRS, the US tax collection agency.

They described it as one of the biggest settlements ever.

Under the terms of the settlement, UBS admitted helping US taxpayers hide accounts from the IRS.

About 17,000 of 20,000 cross-border clients hid their identities and the existence of their accounts, with $20 billion in assets, from the IRS, the Justice Department said.

"We accept full responsibility for these improper activities," commented UBS chairman Peter Kurer in a statement.

"Client confidentiality, to which UBS remains committed, was never designed to protect fraudulent acts or the identity of those clients, who, with the active assistance of bank personnel, misused the confidentiality protections embedded in the Qualified Intermediary Agreement with US authorities by providing false declarations regarding their tax status," Kurer added.

The Justice Department did not say how many names of UBS clients would be disclosed but the Geneva newspaper Le Temps said in an article on its website on Wednesday the data would involve about 250 people.

The Swiss government has taken note of what it called the "arrangement" made by UBS with the US Justice Department.

In a statement on Thursday, the cabinet said that banking secrecy remained intact.

It serves to protect privacy. However, it does not protect tax fraudsters, it added.

After 18 months, the US government will recommend dismissal of the charges against UBS on condition that it honours the terms of the agreement.

The charges against UBS and the agreement represented the latest court developments in a long, high profile investigation.

The former head of the UBS wealth management business, Raoul Weil, was last month declared a fugitive after failing to surrender to US authorities on charges of conspiring to help wealthy Americans hide assets from US tax authorities.

A lawyer for Weil, Aaron Marcu, issued a statement expressing disappointment that Weil's indictment was not dismissed as part of Wednesday's settlement.

"Mr Weil is a highly respected banking executive in Switzerland who engaged in no misconduct.

"Indeed, following an extensive investigation, the Swiss Financial Market Supervisory Authority (Finma) expressly found in a report released today that there was no evidence that Mr Weil was aware of or participated in any conspiracy to violate US law," Weil's attorneys said in a statement.

The chairman of the US Senate's investigations subcommittee welcomed the settlement as a "tremendous breakthrough".

"Efforts to tear away the offshore cloak of secrecy are gradually succeeding and will continue," said Senator Carl Levin.

Under orders from Swiss market regulators, UBS agreed to immediately provide the US government with the identities of, and account information, for certain US customers.

It has also agreed to a speedy exit of the business of providing banking services to US clients with undeclared accounts.

The agreement called for UBS to pay a total of $780 million in fines, penalties, interest and restitution and was accepted by a federal judge in Fort Lauderdale, Florida.

"It will be interesting to see what this means for them longer term [in their relations] with high net worth people," commented portfolio manager Ralph Cole at Ferguson Wellman Capital Management.

"What does it mean to have a Swiss bank account now if your name can be turned over to the Feds? It was seen as a haven, but now it may not be that way."

John DiCicco, acting assistant attorney general of the Justice Department's Tax Division, said in a statement: "The veil of secrecy has been pulled aside and we will continue to aggressively pursue those who shirk their federal tax obligations or assist others in doing so."

Swiss banking secrecy is intended to protect information concerning bank clients from access by third parties, whether private or official. The ...

Settlement with Securities and Exchange Commission

The US Securities and Exchange Commission on Wednesday said that UBS would settle US regulators' claims that it acted as an unregistered broker-dealer and investment adviser.

The bank's actions helped certain US clients maintain undisclosed accounts in Switzerland and other foreign countries, which in turn enabled the clients to avoid paying tax obligations, the SEC alleged.

Between 1999 and 2008, UBS acted as an unregistered broker-dealer and investment adviser to thousands of US clients and offshore entities with US citizens as beneficial owners, the SEC said.

The SEC also alleged that UBS conducted business through client advisers located primarily in Switzerland, who were not associated with a registered broker-dealer or investment adviser.

A breakthrough in the US case against UBS came in June last year when former UBS banker, Bradley Birkenfeld, pleaded guilty to helping a billionaire hide $200 million in assets from US tax authorities and agreed to cooperate.

Finma says it welcomes the settlement reached between UBS and the US authorities, which avoid the "looming threat" of formal criminal charges against the bank in the US.

In order to avoid the "drastic consequences" such charges would have for UBS and the stability of the Swiss financial system, Finma has ordered that a limited quantity of client data to be handed over to the US authorities immediately.

Finma points out that a ruling by the Swiss Federal Banking Commision reprimands UBS for a severe breach of certain provisions of the Swiss Banking Act by individual staff members and serious shortcomings in dealing with the legal risks associated with its business with US clients. 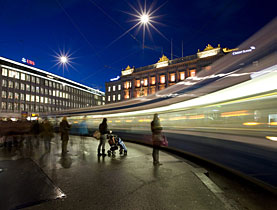 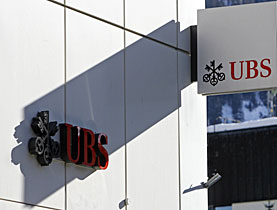 Switzerland's embattled largest bank, UBS, made a loss of almost SFr20 billion ($17 billion) last year, the highest ever by a Swiss group. It ... 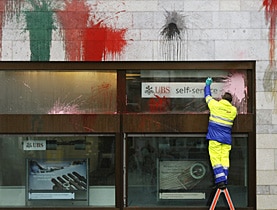 There has been a public backlash over a decision by Switzerland's largest bank, UBS, to pay out SFr2 billion ($1.77 billion) in bonuses after ... 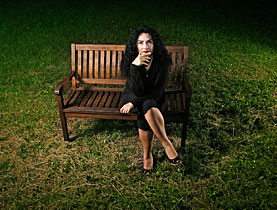 "UBS could have curbed losses to $500 million"

Swiss author Myret Zaki has taken a behind-the-scenes look at the financial debacle that has shaken Switzerland's largest bank. In an interview ...