The rightwing Swiss People’s Party is attracting more and more young foreigners at the expense of parties on the left, the traditional base for migrants.

Aleksander, Naveen, Anastasia, Shanky and Shahid: their names or skin colour betray their origins. What they have in common, however, is their allegiance to a party reputed to be the most hostile to foreigners in Switzerland.

“We’ve got nothing against foreigners – we welcome them with open arms!”

This catchphrase, repeated over and over at the People’s Party’s small grassroots gatherings, might look like a slogan, but the growing infatuation of secondos – children of immigrants – and other young foreigners for a party that is otherwise typically agrarian is very real.

“We don’t have statistics, but it’s a very real phenomenon,” said Silvia Bär, a political scientist and member of the party’s central staff in Zurich.

“I’ve been criss-crossing the country for around 20 years and I’ve never seen so many people with foreign origins at our meetings, whether they are members or just sympathisers.”

This trend is confirmed by the party’s vice-president, Yvan Perrin, who adds that the phenomenon is more pronounced in the German-speaking part of the country than in the French-speaking part.

“And we didn’t do anything to attract this demographic. It was they who came to us because they can see the difference between us and the other parties and they find our values appealing,” he said.

As the People’s Party defends its initiative to deport foreign criminals, which will go to a popular vote at an unannounced date, this development appears to be a blessing, if one looks for example at the comments of Shanky Wyser, born in India, adopted as a baby by a Swiss couple and currently an icon for this new political wave.

“All foreign criminals should be deported,” he writes on his Facebook page. “We want stricter laws against criminality.”

For the People’s Party it’s hard to imagine better standard-bearers than these “foreign” activists.

“Like other Swiss, they respect our laws and want to preserve those Swiss qualities which drew them here in the first place,” said Daniel Schär, from the party’s Fribourg section, which has a local representative of Indian origin.

For Nenad Stojanovic, a political scientist and former adviser to transport minister Moritz Leuenberger, this could be an “election manoeuvre” and “political marketing” on the part of the People’s Party.

“But what counts is that young people with foreign backgrounds are welcomed by all parties. In that sense, the attitude of the People’s Party is actually good news.”

Putting the issue of deporting foreign criminals to one side, the involvement of these new activists also boosts the party in areas with which it is less commonly associated.

In Renens, a traditionally left-leaning commune outside Lausanne in the canton of Vaud, three Swiss of foreign origin have given rise to a youth section of the party and could enable the People’s Party to make its breakthrough into the legislative elections in 2011.

“We recently produced a 30-page paper inviting those responsible for our regional sections to open their doors to activists. This document, which we closely guard from our political rivals, also provides many tips on how to approach this issue,” said Claude-Alain Voiblet, secretary-general of the People’s Party in canton Vaud.

Kurt Imhof, a sociologist and specialist in the role of minorities in society, believes it is the centre-left Social Democrat Party’s “enormous deficit concerning patriotism” that plays a central role.

“It’s precisely on this ground that the People’s Party could win over these new activists seduced by traditional Swiss values,” he said.

For Urs Meuli, a sociologist at Zurich University, “the People’s Party’s language, dynamism and uncomplicated methods correspond to what young people drawn to politics expect regarding immigration”.

He added that the Social Democrats, the traditional ground for such citizens, had become “too rigid and too elitist”.

Meuli believes young people coming from Eastern Europe would also be attracted by the rightwing’s conservative values and authoritarian tone.

“That’s totally absurd,” retorted Aleksander Naumovic, a cantonal delegate for the People’s Party in Zurich. “If I were to follow the political values in force in my country of origin when my parents emigrated, I’d be a dyed-in-the-wool socialist!”

Political scientist Stojanovic confirms this is a cliché that has nothing to do with reality.

“The political sympathies of young people with foreign origins go from one end of the scale to the other. Their origins play no role,” he said.

He is convinced that in a few years people will no longer be amazed that so-called secondos have an interest in Swiss politics and for rightwing parties in particular.

Imhof concludes that “the working-class activism of the first and second waves of migration from the south of Europe no longer appeals to young people, who prefer to belong to parties on the right, which they equate with social climbing”.

There are 500,000 people born to immigrant parents in Switzerland. About one-third have become Swiss nationals. 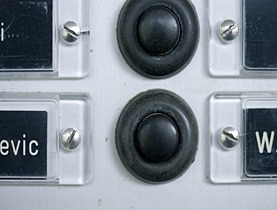 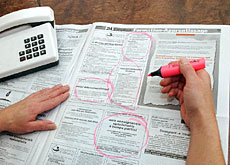 Second-generation foreigners in Switzerland still face discrimination on the labour market even if they have lived in the country from an early age. 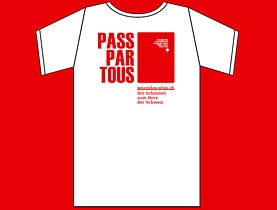 Second-generation foreigners in Switzerland – known as secondos – have formed a national group to fight for citizenship and equal opportunities. ...