The director of Tandoori Love, "the first Swiss Bollywood-style film", begs to disagree.

Oliver Paulus tells swissinfo how he came up with the idea for his culture-clash comedy, which had its world premiere in Zurich on Saturday, and why he thinks it will be a hit with Swiss audiences.

"I was in an Indian village 17 years ago watching a Bollywood movie and suddenly Switzerland appeared on screen!" he said.

"At that time I had no idea that Bollywood shot movies in Switzerland – I don't think most people knew! But since then I've always thought it would be nice to bring Indian culture to the Swiss mountains and to use that for comedy, with the two cultures – and their prejudices and ideas – clashing."

Indian directors have been interested in the Alps for years – more feet of film are shot every year in Switzerland by Indian film crews than by native ones – but Paulus, 38, said that until a few years ago it was "completely impossible" to get people interested in his project.

But when Western interest in Bollywood did grow – cricket epic Lagaan won the Prix du Public at the Locarno film festival in 2001 – Paulus took his idea "out of the drawer" and started rewriting the script three years ago.

"There's nothing in the world more commercial than Bollywood – Hollywood is like an art house factory in comparison!" he said. "But a lot of the films touch me somehow, much more than many European dramas. I always wanted to take this emotion and use it in a film that is told in a European style for a European audience."

Tikka chance on me

Tandoori Love, a Swiss, German and Austrian co-production with a budget of SFr4.3 million ($4 million), tells the tale of a personal cook of an Indian film diva who falls in love with a beautiful – but engaged – waitress at a restaurant in scenic Interlaken.

You don't have to be psychic to predict the plot of a Bollywood film, and you can be pretty sure that what follows involves the main characters – accompanied by many minor ones – singing and dancing their way out of a love triangle towards a happy ending.

Paulus is aware however that a hero who bursts into song at the sight of his sweetheart's ankle is not everyone's cup of chai.

"Many of our audience might not like the dancing sequences in Bollywood movies, so we tried to make it acceptable for a European audience," he said.

"So for example when the first dance suddenly appears, the main female character is disturbed by the Indian guy singing for her – she reacts like the audience would probably react."

In addition, the Indian soundtrack was written by two composers in Germany and the choreography was by a Brazilian living in Switzerland. "This gives us a different view on the dancing and the music, because the main target audience is Europe rather than India."

Tears on my pilau

Failure by Swiss producers and directors to know their audiences has recently resulted in a list of embarrassing flops, including the misjudged "anti-capitalist fable with puppets" Max & Co, at SFr30 million the most expensive Swiss film ever but which sold fewer than 30,000 tickets.

Paulus however is aiming wide: "Tandoori Love is a romantic comedy, but it would also appeal to people who like to travel and who are interested in foreign culture and good food."

The shoot, which Paulus said went "very well", consisted of seven weeks in Switzerland, one week in Germany and one week in India.

In fact the premise of Tandoori Love is not unlike Heimatfilme ("homeland films"), popular in German-speaking countries after the Second World War. These were set in a sentimental and morally simplistic alpine world untouched by the hazards of real life, i.e. war and destruction.

"There are a lot of similarities between the Heimat films of the Sixties and Bollywood films, especially of the Eighties and Nineties," Paulus admits.

"But things have changed a lot – for example kissing is not that taboo any more. In the latest film of Yash Chopra [a Bollywood director who popularised Switzerland as a film location] they built the advertising on the fact that they kiss 26 times during the film!"

Do people kiss in Tandoori Love? "They do. I mean, it's a family comedy so there's no on-screen sex, but they kiss."

Oliver Paulus was born in 1969 in Dornach, canton Solothurn.

He attended the College of Fine Arts in Basel before he studied directing and screenwriting at the Filmakademie Baden-Württemberg in Germany.

In 2005 he was invited to direct the latest Parisienne People commercial, following in the footsteps of directors such as Jean-Luc Godard, Robert Altmann, the Coen Brothers, David Lynch, Emir Kusturica and Roman Polanski.

Tandoori Love had its world premiere in Zurich on August 16 and will go on general release in Switzerland in January.

Bollywood is an informal term for the part of the Indian film industry based in Mumbai.

According to Business Week magazine, in 2001 Bollywood produced 1,013 films, with ticket sales of 3.6 billion. Wordwide revenues were $1.3 billion. The average production cost per film was $1.5 million, with $500,000 for marketing. Hollywood by contrast produced 739 films over the same period at an average cost of $47.7 million (and an additional $27.3 for marketing), selling a total of 2.6 billion tickets with a worldwide revenue of $51 billion.

The song routines used to be shot in Kashmir, Indian mythology's standard land of longing. But political unrest and border disputes with Pakistan have pretty well ruled out the Kashmir valley as a location. Switzerland, with its impeccable infrastructure and its mountains, has become the most popular substitute.

Recently people who are in a position to do so have started to check out this paradise for themselves. More and more middle-class Indians are travelling to Switzerland to sing their beloved idols' songs on the summits of Rigi and Titlis.

In 2007 Swiss cinemas for the first time sold more tickets for dubbed versions of foreign films than for subtitled versions. In the old days only ... 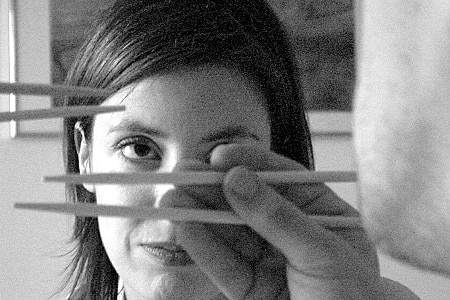 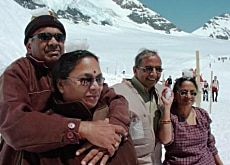 For the first time, a number of Swiss tourist regions have joined forces to develop a strategy to minimise the negative effects of climate change.