Swiss Economics Minister Johann Schneider-Ammann has downplayed concerns that Swiss-based American firms might relocate to the United States in the wake of tax reform.

Speaking in Davos ahead of a visit by US President Donald Trump, Schneider-Ammann said that if he were head of an American company he would think twice before such a relocation, since there is no guarantee the tax breaks will still be in place a few years from now.

Echoing similar statements to the Swiss media at the weekend, Schneider-Ammann added that Washington had every right to woo American companies, and competition was welcome.

But he said Switzerland could offer an unbeatably stable political system, along with fresh plans to reform the corporate tax system following voters’ rejection of an overhaul last year.

In an interview with the Swiss News Agency, SDA-ATS, Schneider-Ammann also said a planned ministerial meeting of members of the World Trade Organization (WTO) in Davos on Thursday would try to put negotiations on multilateral trade accords back on track.

He said it was a difficult task to take in the interests of all the WTO member states.

Opening the World Economic Forum (WEF) in Davos on Tuesday, Alain Berset said that 2018 must be the year when the importance of international ...

The presence of United States President Trump at next week’s WEF meeting is a chance for Switzerland to discuss American corporate tax reform. 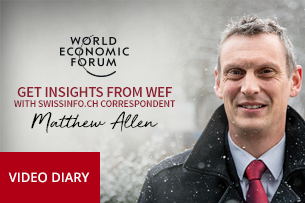