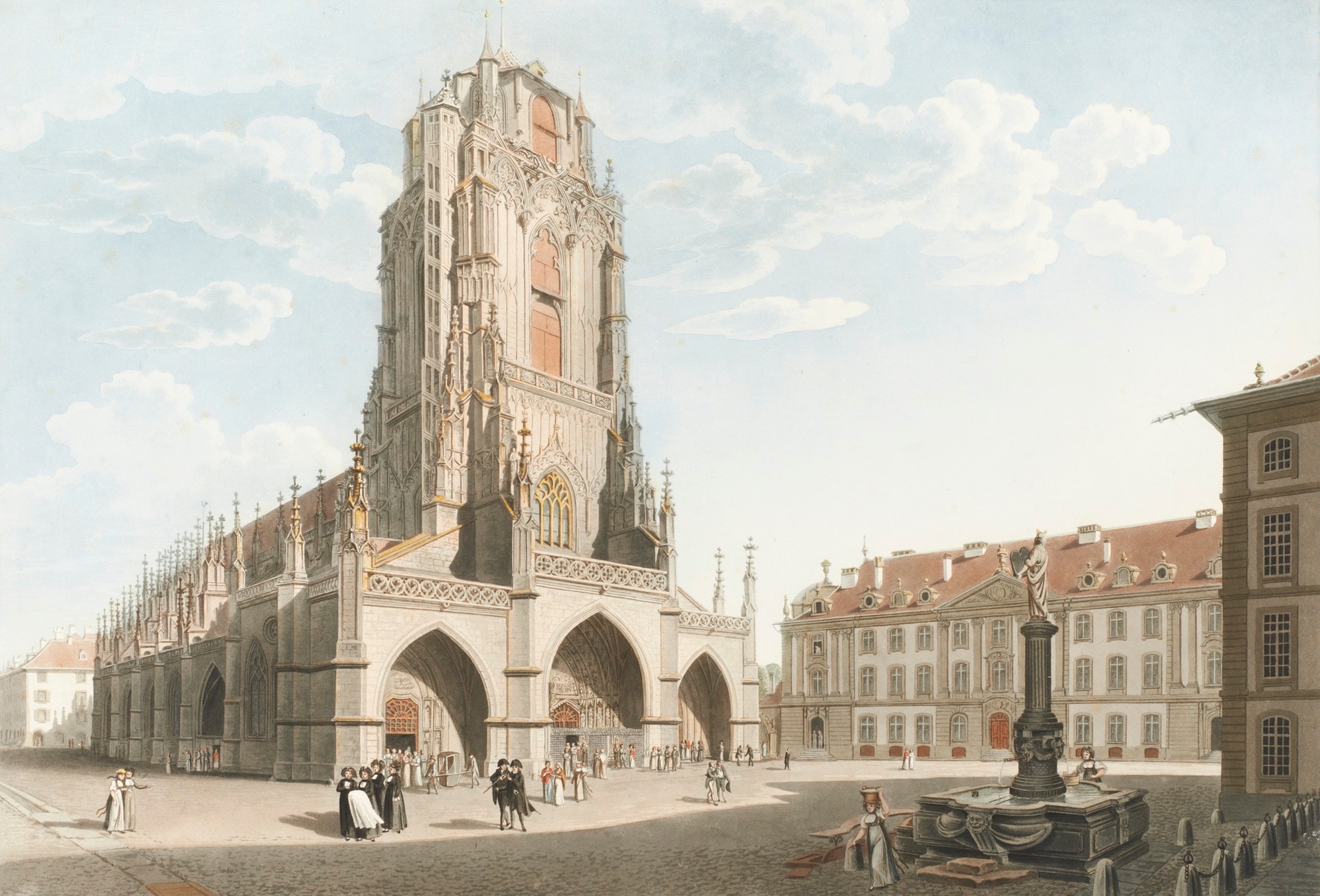 The late Gothic church before 1893. (Wikipedia) 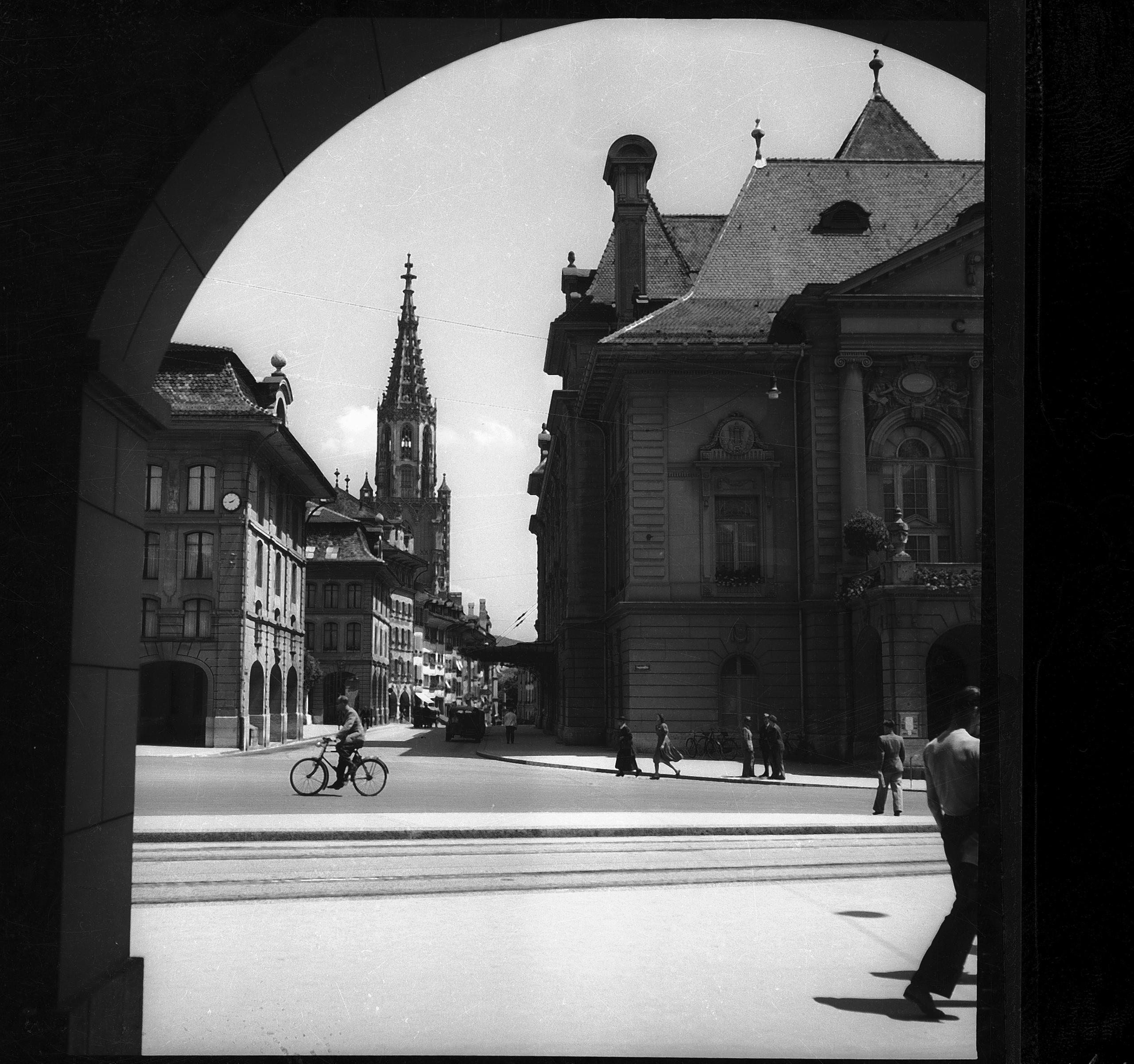 A view of the cathedral from below the Kirchenfeld bridge in 1942. (RDB/Klameth) 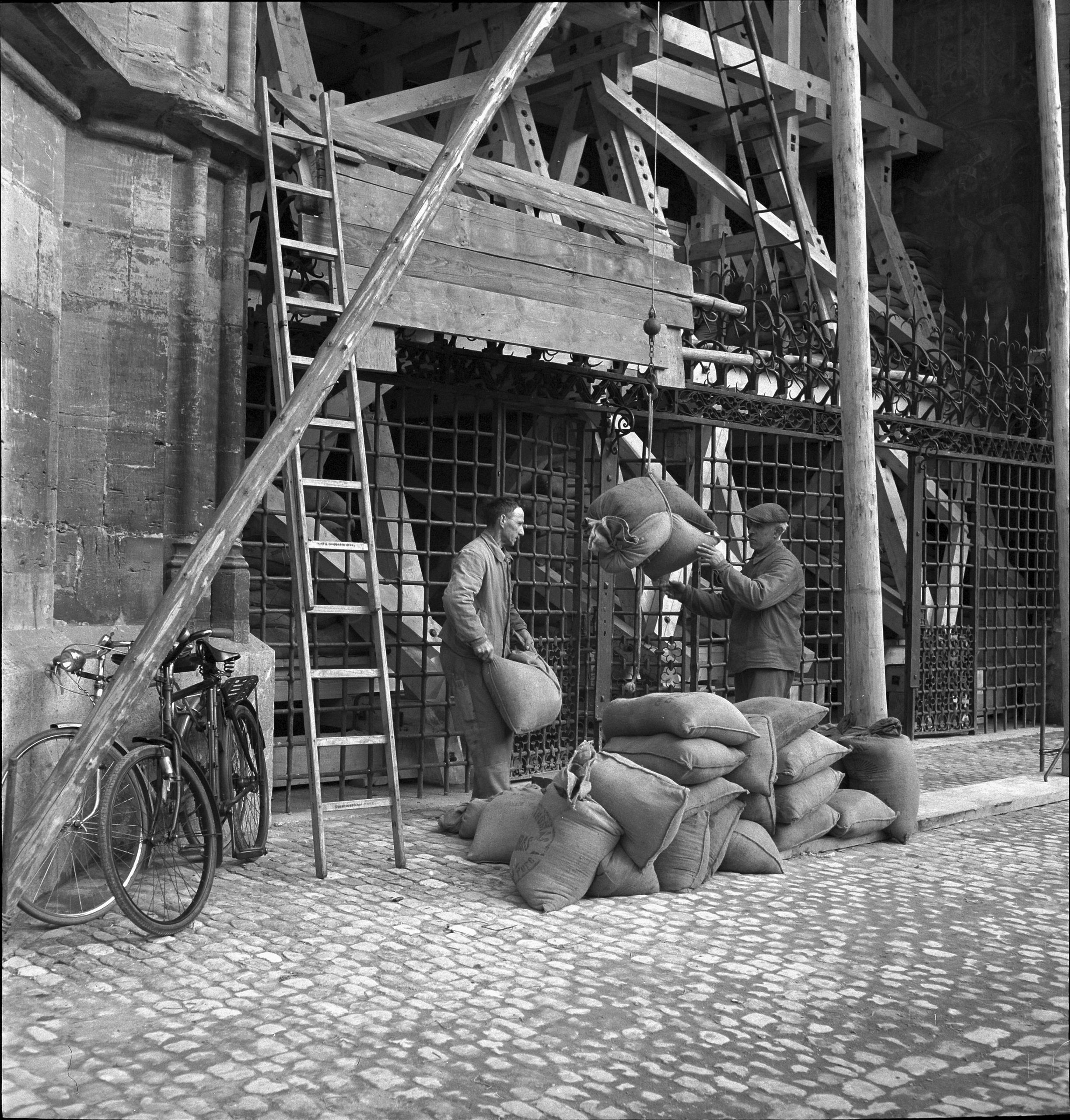 Efforts were made in 1940 to protect the building from possible bombing during the Second World War. (RDB/ATP/Klameth) 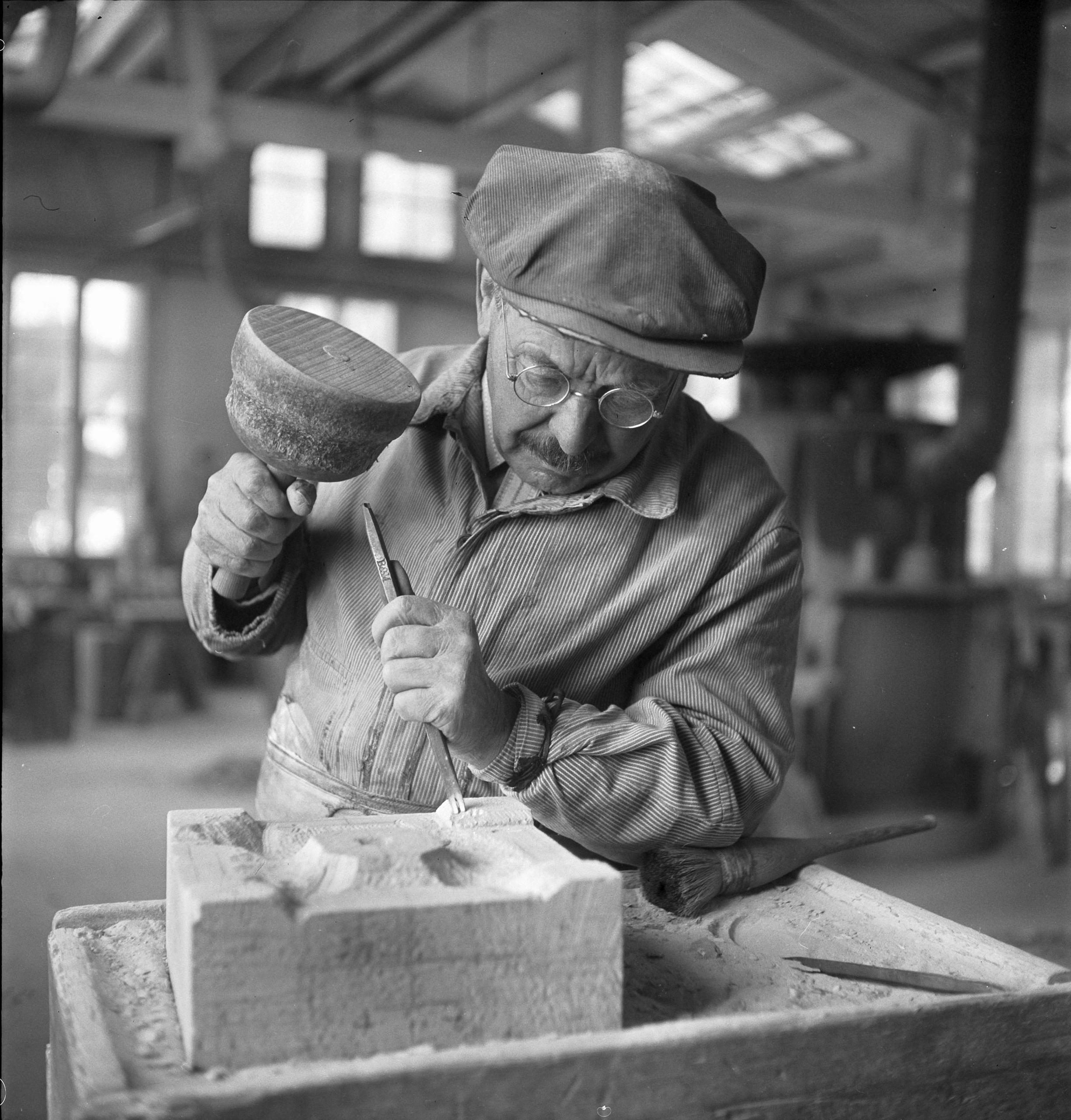 A stonemason works on a block of sandstone in 1941. (RDB/ATP/Klameth) 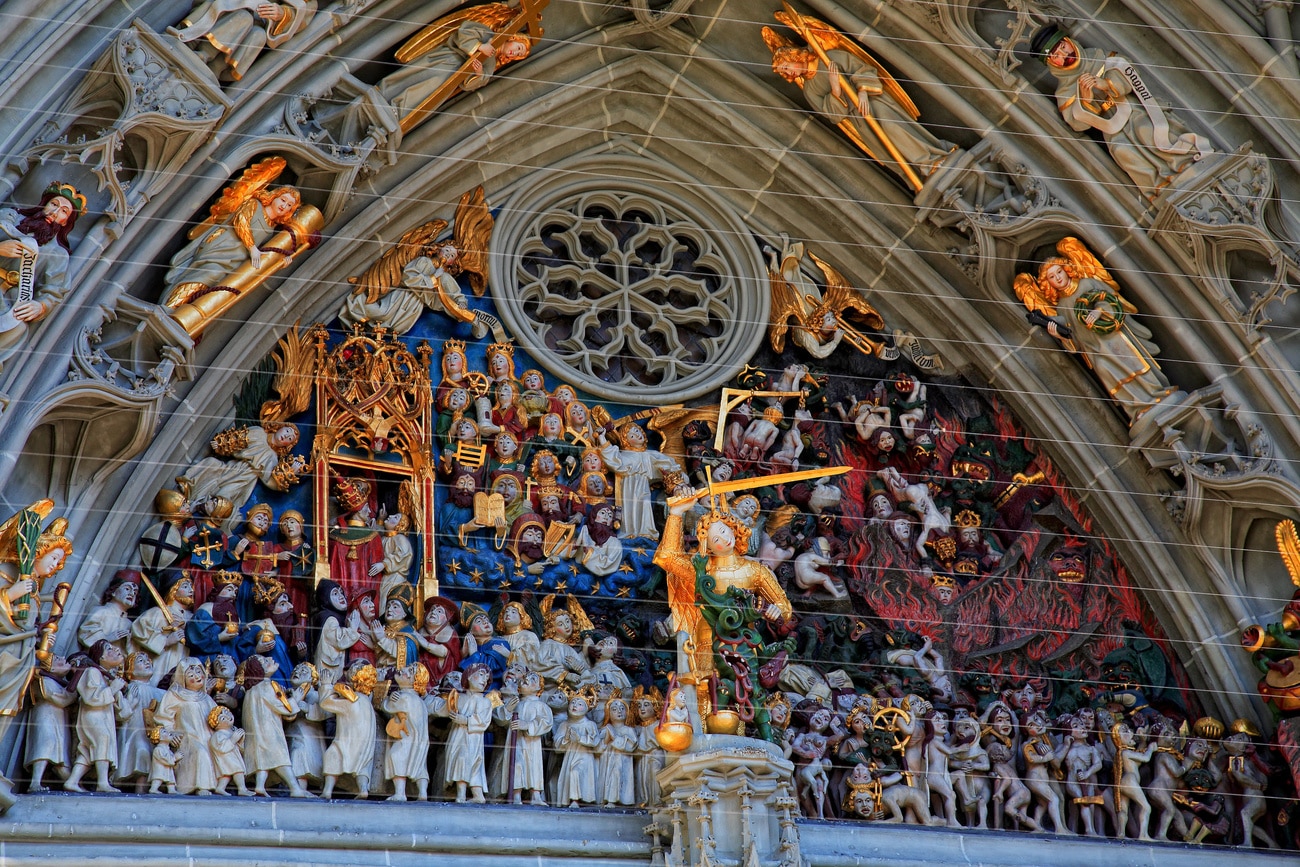 The 234 sandstone figures in the Last Judgement above the entrance are considered a work of international acclaim. (Wikipedia) 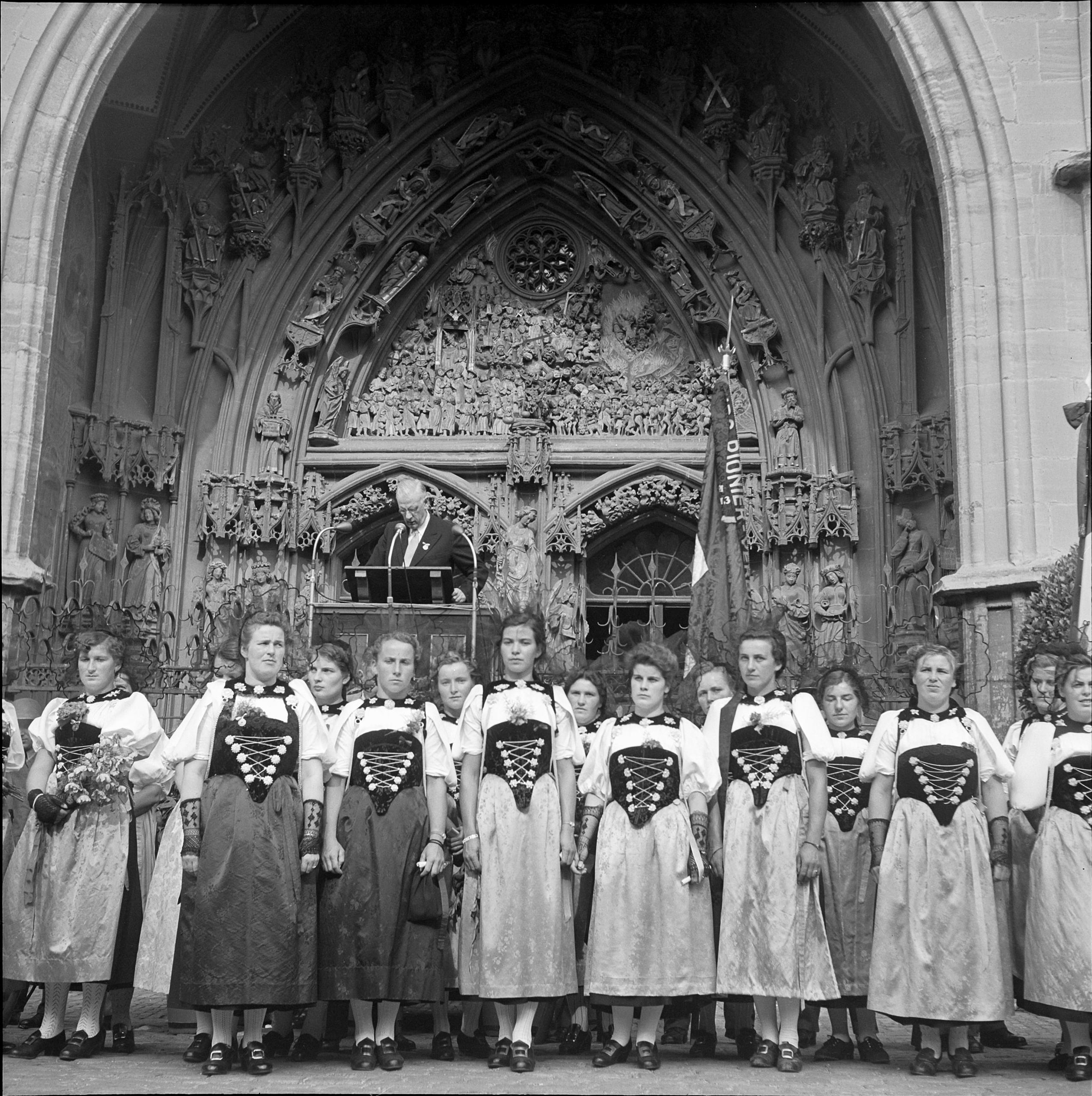 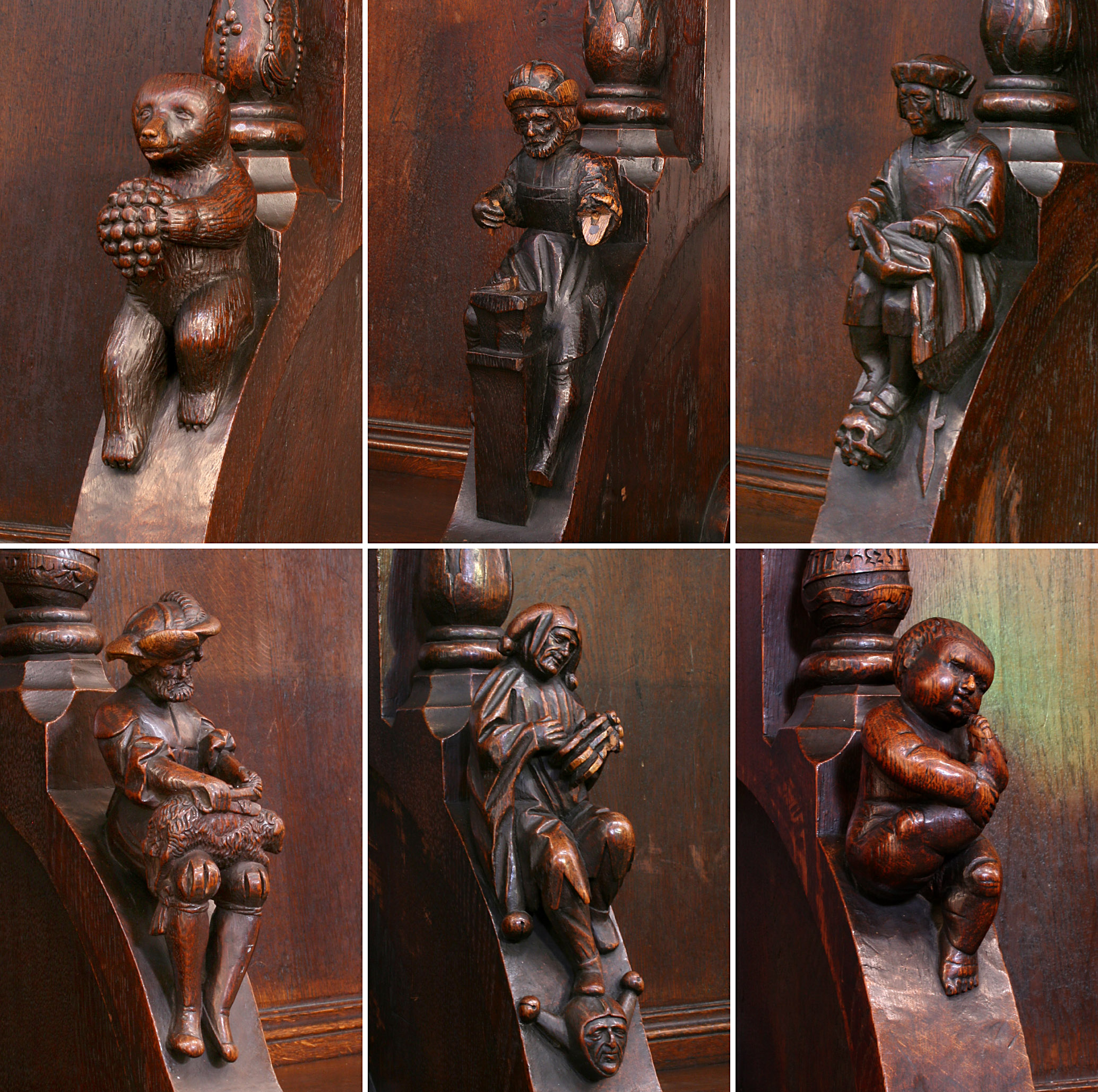 The choir stalls were completed between 1522 and 1525 by Jacob Ruess and Heini Seewagen. The carvings depict biblical scenes and people going about their daily lives. (Wikipedia) 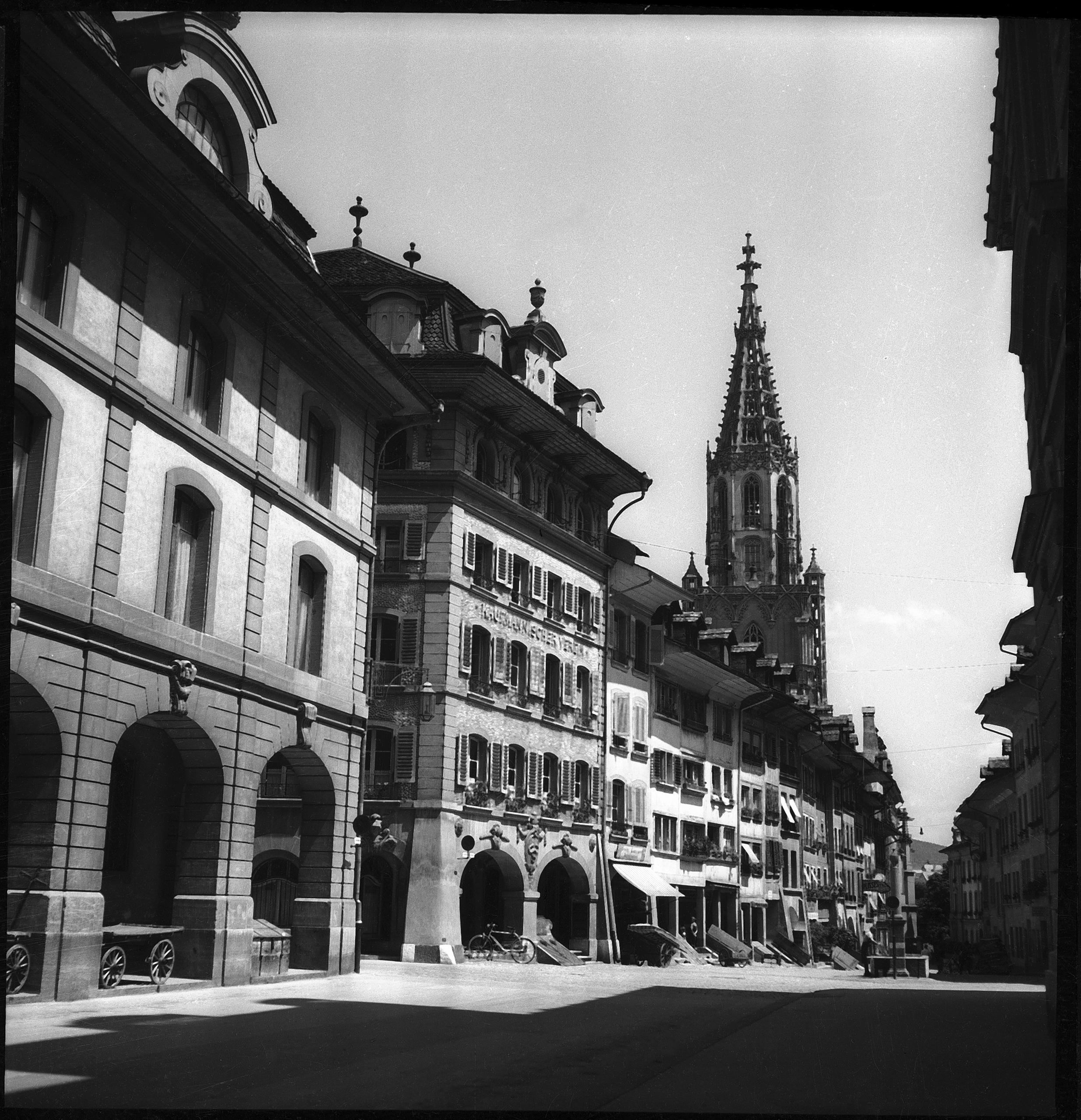 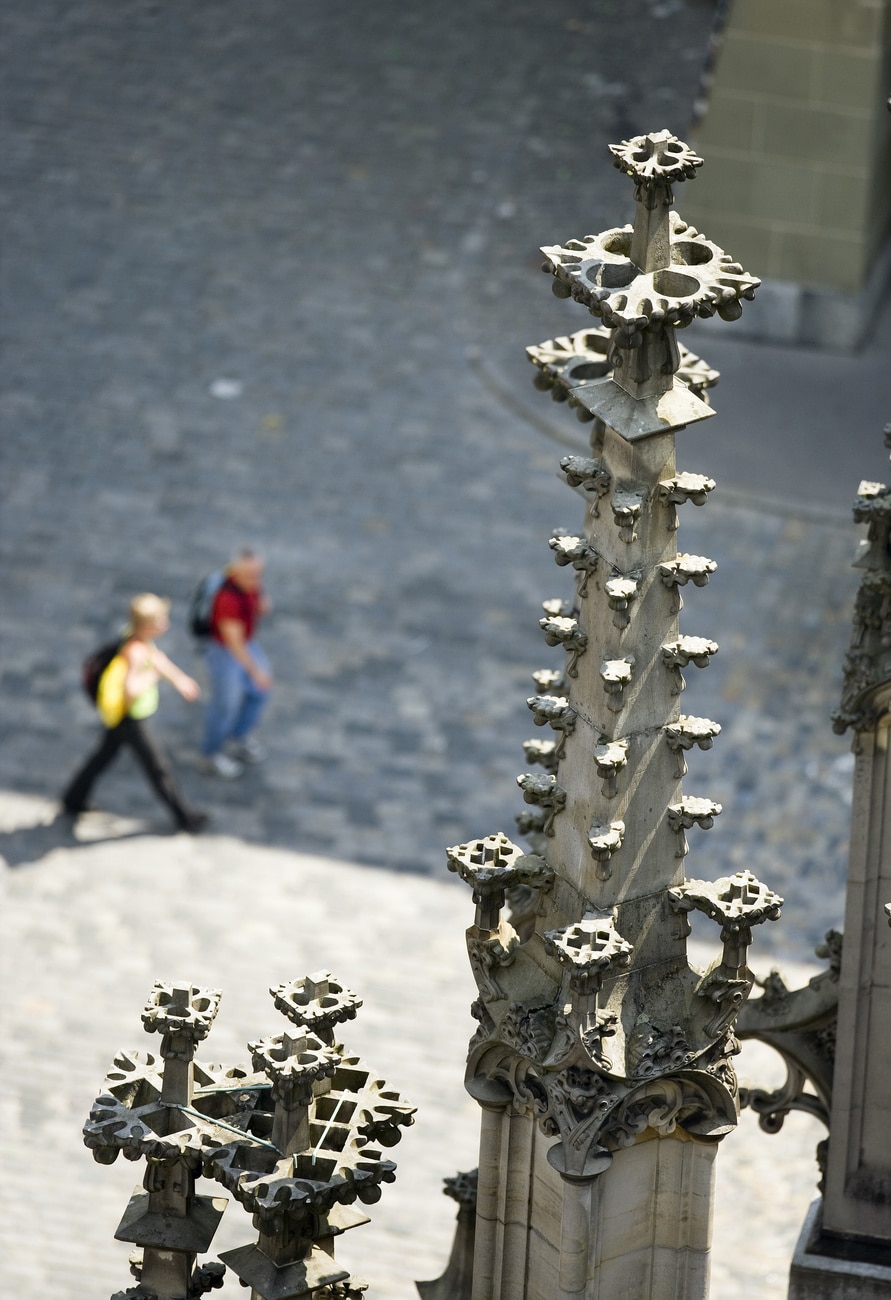 Looking down on one of the cathedral's minor towers. (Keystone/Gaetan Bally) 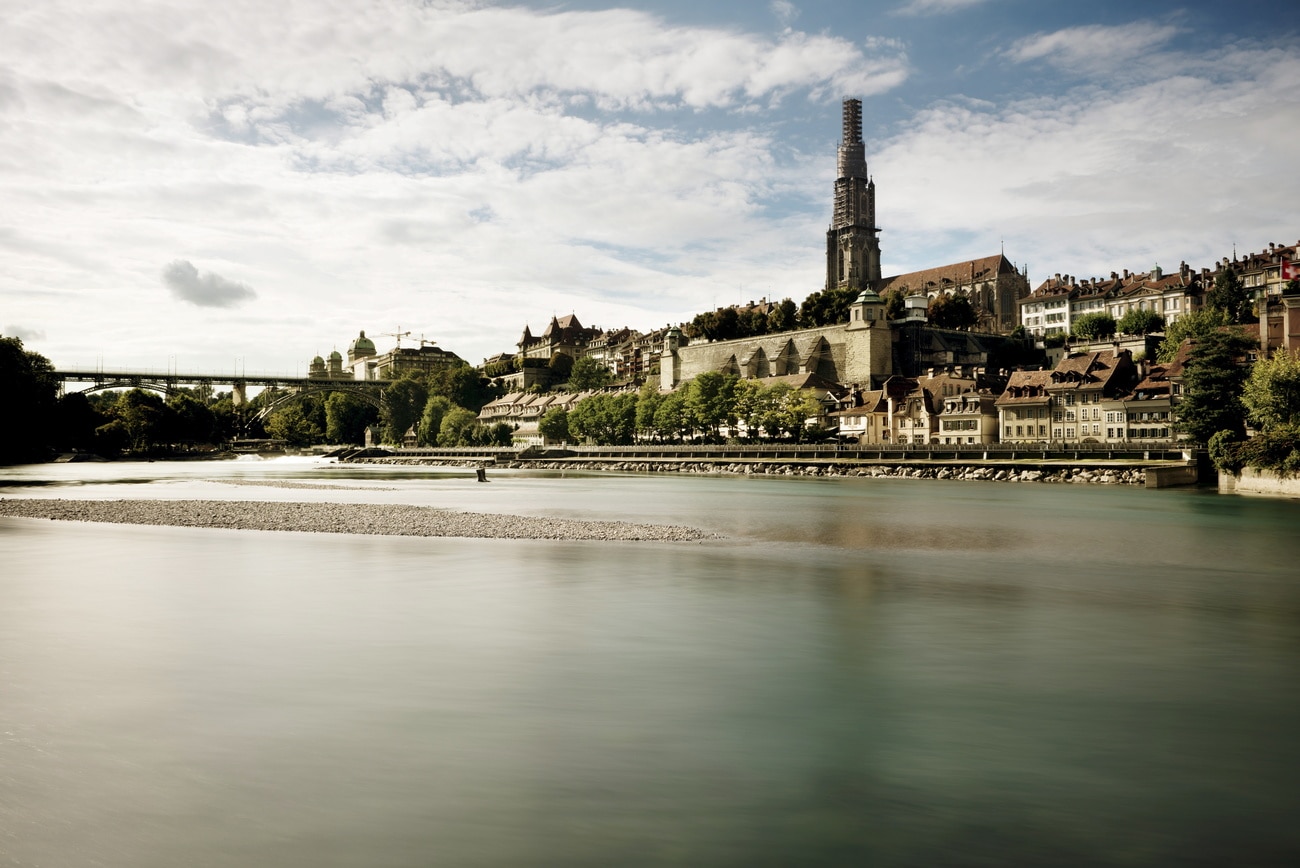 Begun in 1421, generations of constructors worked on the masterpiece of a building following late Gothic guidelines. It was completed in 1893. (swiss-image/Terence du Fresne) 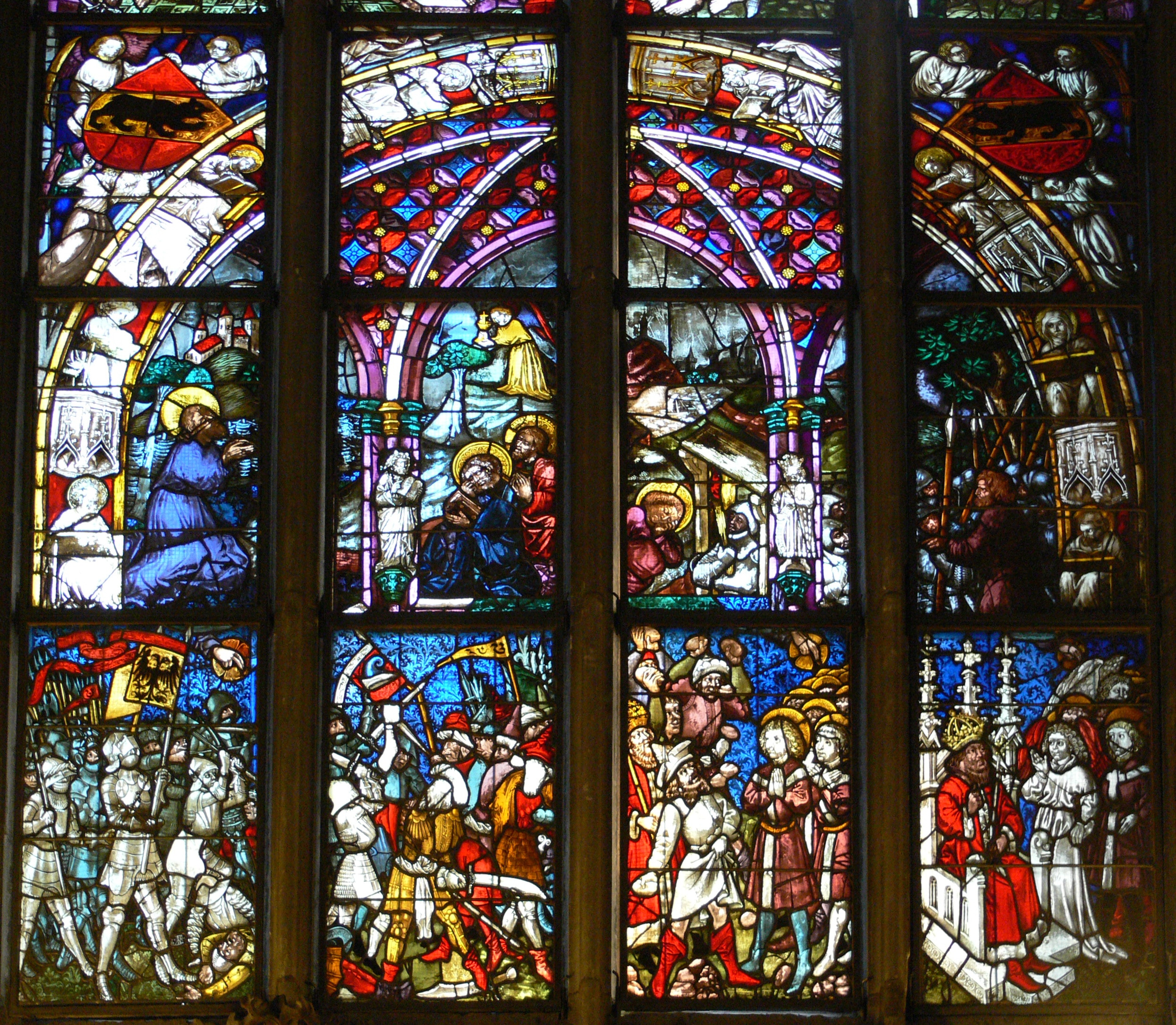 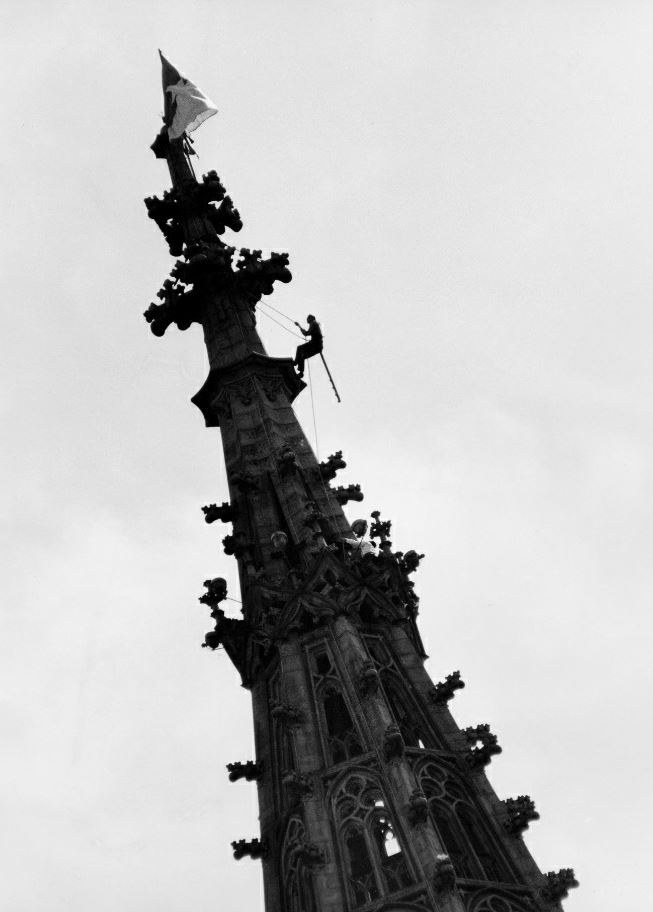 The National Front for the Liberation of South Vietnam called attention to its cause in 1968 by hanging its flag from the landmark building. (Bild: Sergius Golowin) 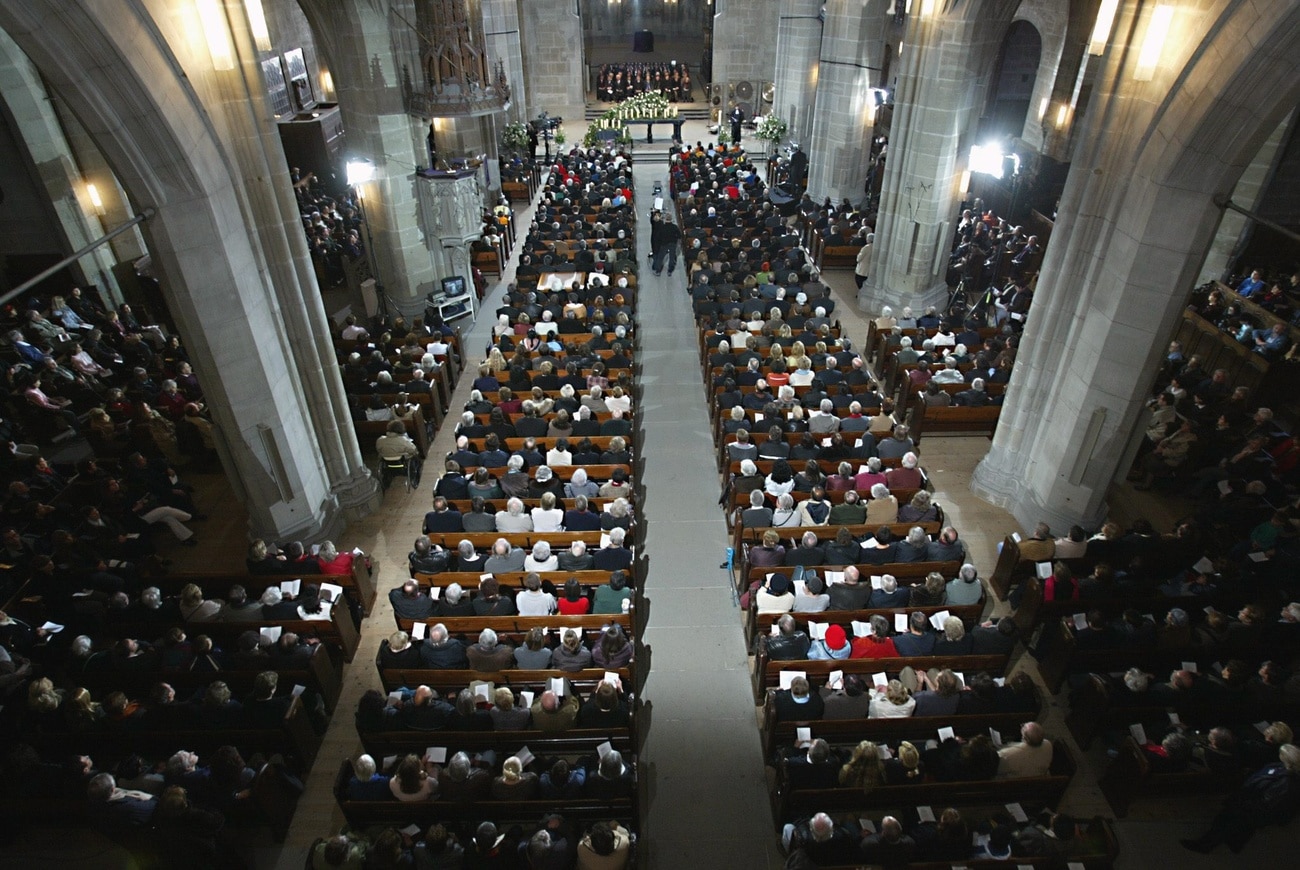 More than 1,000 people took part in a memorial service on January 5, 2005 for the victims of the tsunami that hit large parts of south and southeast Asia. (Keystone/Monika Flückiger) 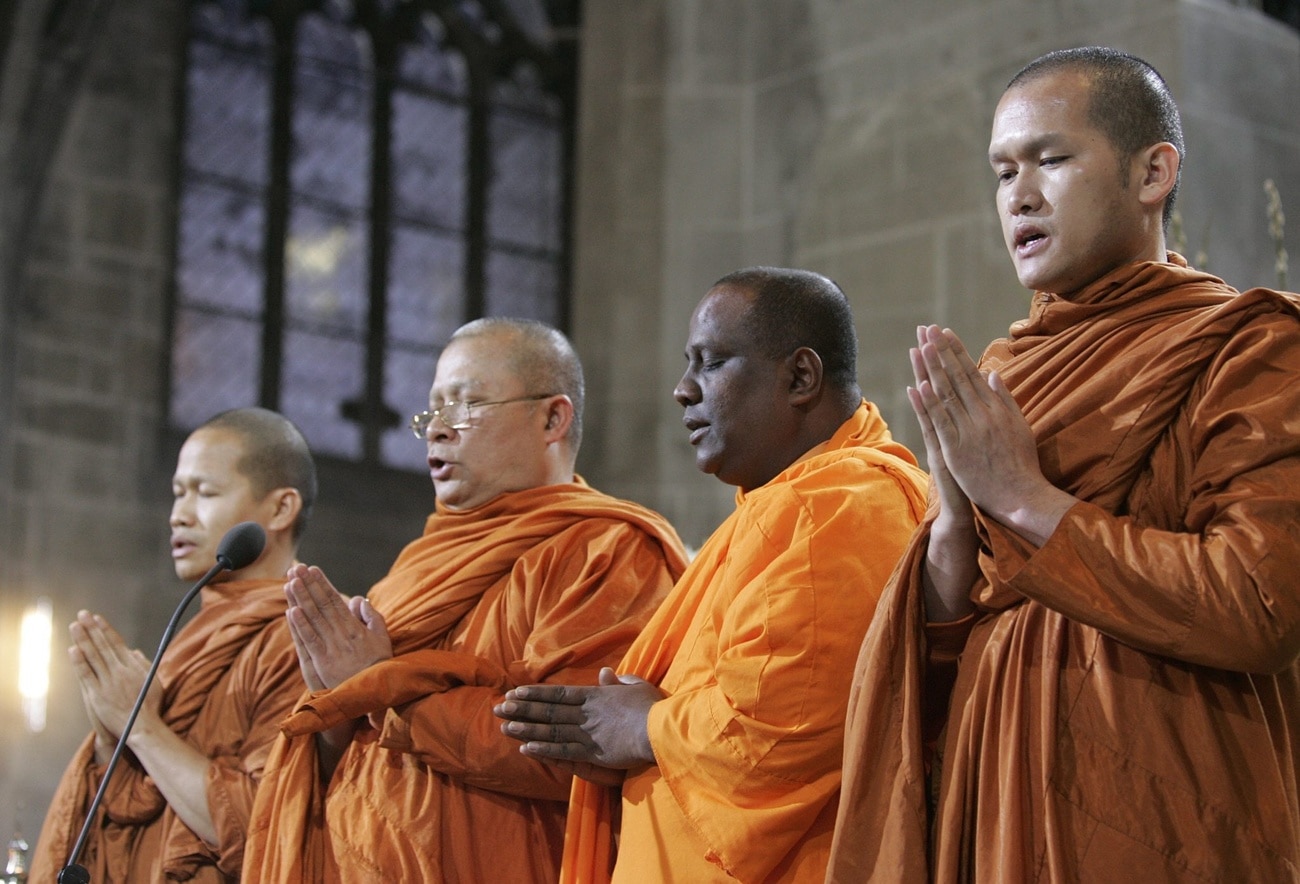 Buddhist monks pray for the victims during the service. (Keystone/Yoshiko Kusano) 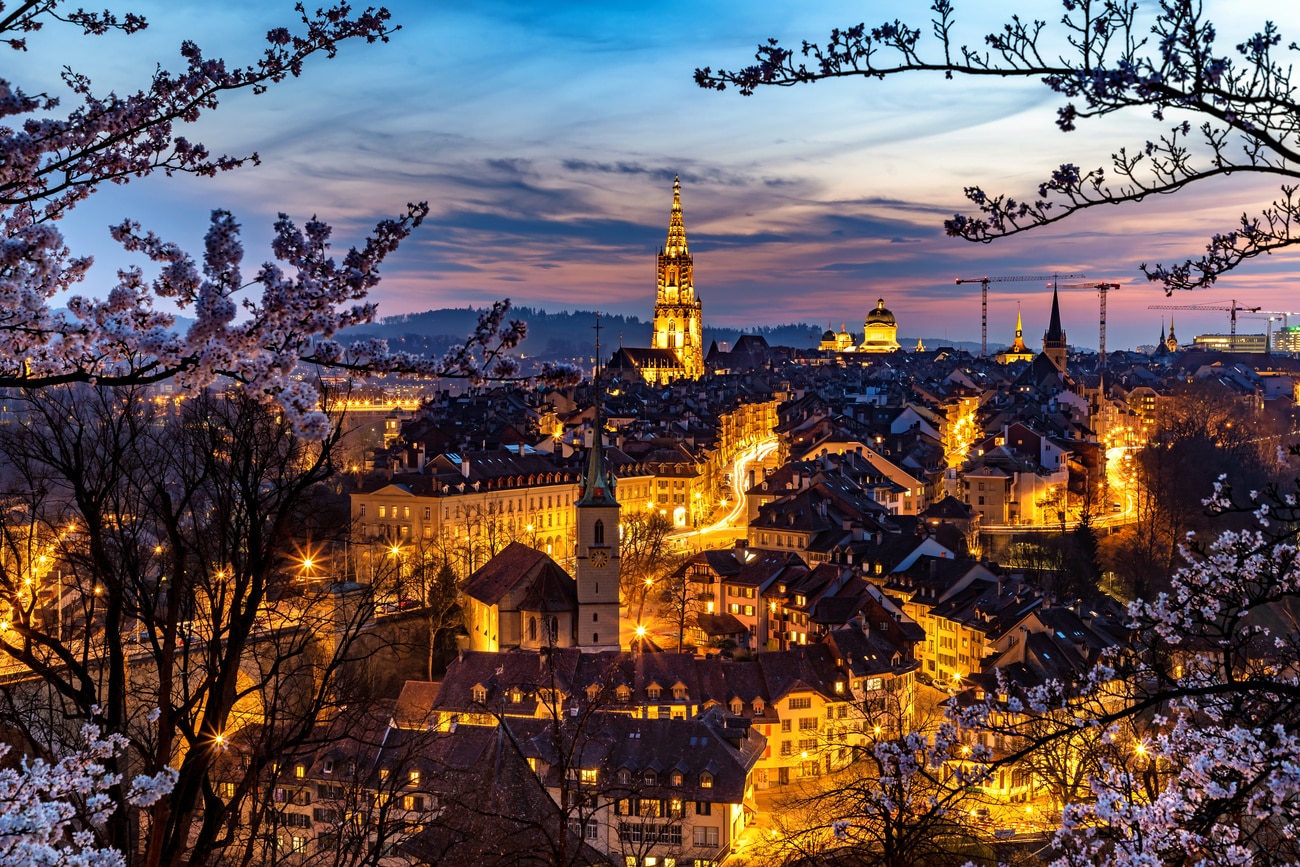 Classic postcard shots of Bern's old town would not be the same without the cathedral. (swiss-image/Christof Sonderegger) 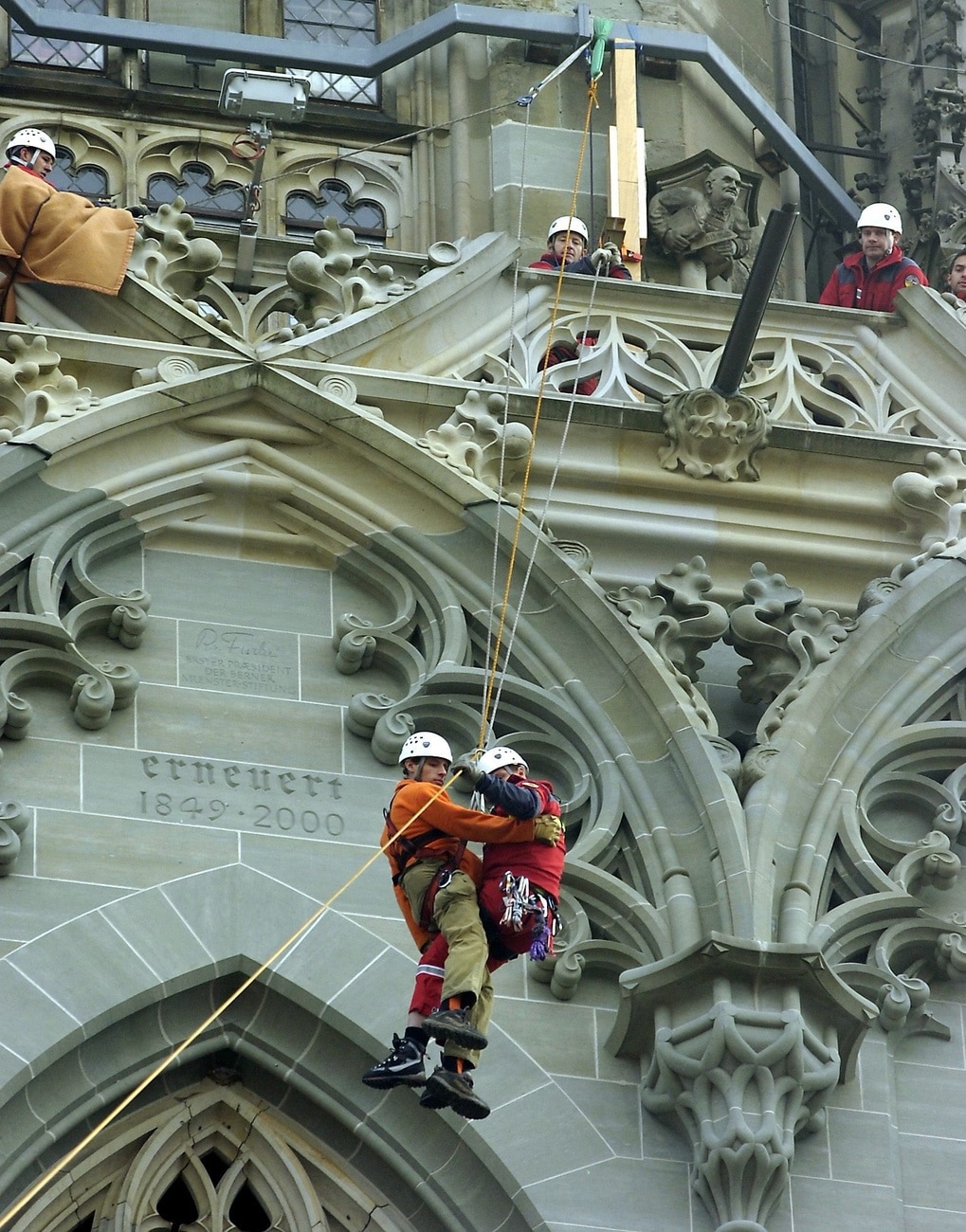 Firefighters "rescue" the cathedral custodian from his apartment near the top of the tower during this exercise in October 2005. (Keystone/Lukas Lehmann) 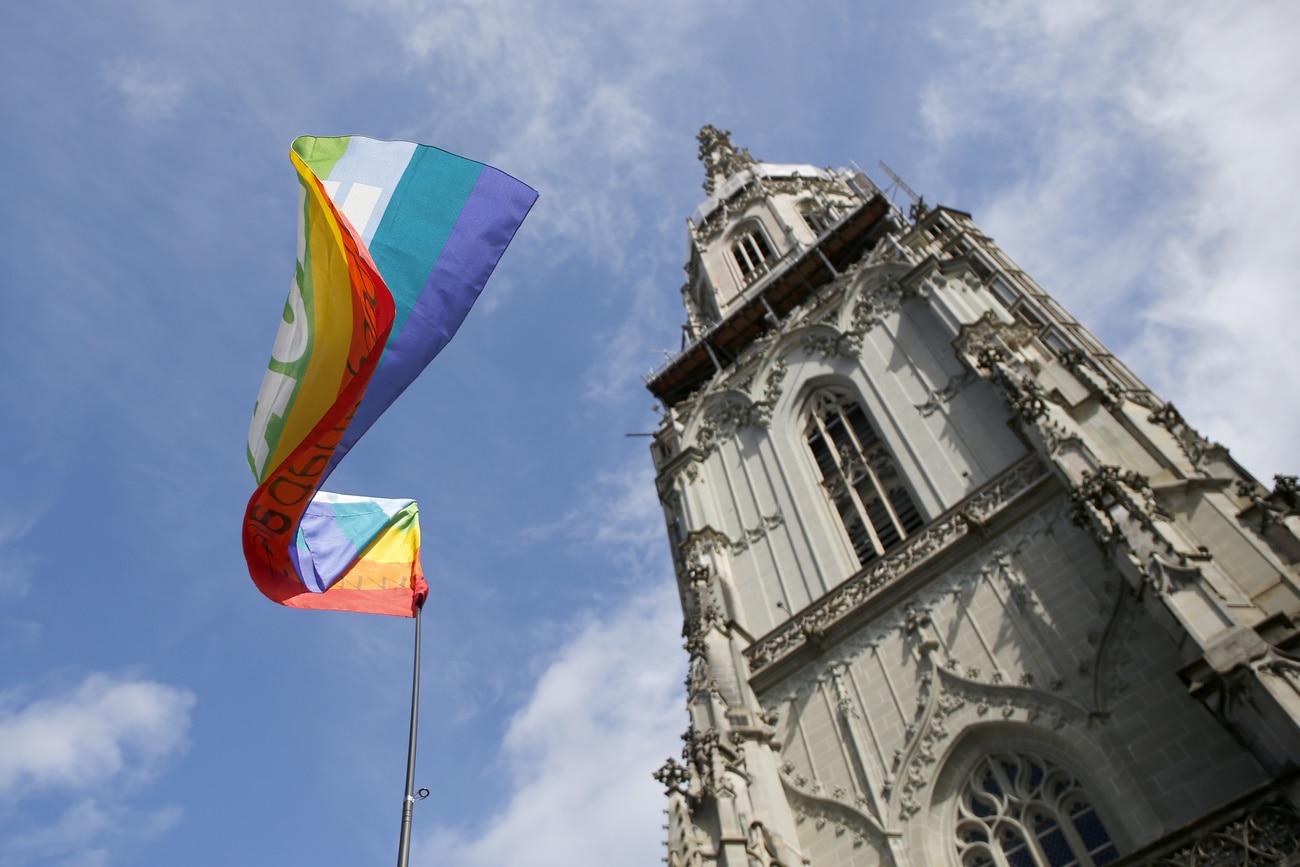 Looking up from the cathedral square. (Keystone/Martin Ruetschi) 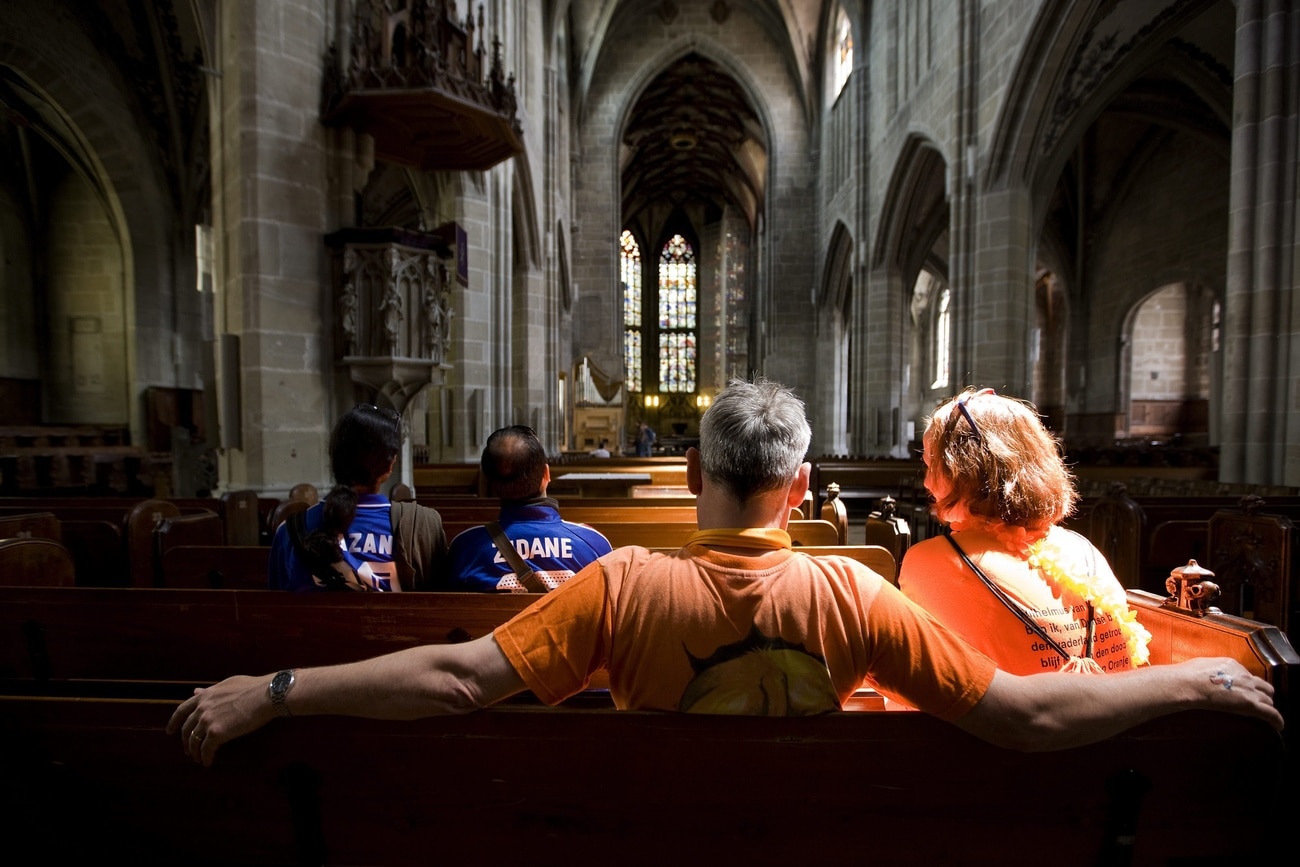 Dutch and French football fans seek some quiet in the tranquil cathedral interior during the European championships, held in Switzerland, in June 2008. (Keystone/Alessandro Della Bella)

The cathedral in Bern is the magnum opus of the late Gothic period in Switzerland.

A symbol of what was once the largest city state north of the Alps towers above the old town of Bern. Its foundation stone was laid in 1421 but disease, war and static miscalculations delayed construction for many years. The tower was completed in 1588 at a height of 55m. The new gothic tower crown - nearly doubling its height - was not added until late in the 19th century.