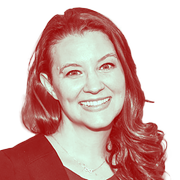 Cassie Flynn is a strategic advisor on climate change at the United Nations Development Programme (UNDP). She is head of the UNDP Climate Promise programme, which supports 115 countries under the Paris Climate Agreement. She was the former advisor to the prime minister of Fiji. A graduate of Yale, she was named by Onalytica as the 13th most influential person on climate change in 2017.

Five years ago in Paris, lengthy negotiations and a rare consensus brought 196 countries to adopt the Paris agreement. The goal was ambitious: to deliver a global response to the threat of climate change by keeping the global temperature rise this century well below 2 degrees Celsius above pre-industrial levels. The means was Nationally Determined Contributions (NDCs) – each country's efforts to reduce national emissions and adapt to the impacts of climate change.

This content was published on Dec 11, 2020 Dec 11, 2020 CO2 is the best known greenhouse gas, but not the only one. This is how emissions of other gases have evolved in Switzerland and around the world.

Though the first round of NDCs was a mad dash, the Paris Agreement set the mechanism for countries to re-submit their goals, increase their ambition over time and do better. UNDP’s Climate PromiseExternal link, the biggest worldwide support programme to assist 115 developing countries scale up their pledges, gives us an opportunity to identify three prominent trends, shaping how the world is designing future climate policies.

What is striking is the prominent legacy of leadership of developing countries since 2015. Despite their size and negligible contributions to greenhouse gas emissions, small island developing states (SIDS) around the world are leading the way on climate action and climate advocacy.

If there is one thing the Covid-19 pandemic showed the world, in painful yet sharp clarity, is that in times of trouble, the most vulnerable – people and countries - are the hardest hit. Yet when it comes to the bigger hurdle still facing humanity – climate change – that might make Covid-19 look like a dress rehearsal, it is the same vulnerable ones that are taking the lead in steering this planetary ship to safety.

Many of them, through the Covid-19 crisis, have realised the opportunities to leverage NDC enhancement processes to push for a greener and more sustainable development pathway, making the Covid-19 crisis a catalytic moment for transformation. Costa Rica and Thailand are just a two examples. They have incorporated NDC-related recommendations into their COVID-19 recovery plans and models. The governments are seeking fiscal incentive options for climate action that could also advance economic recovery. This is the true embodiment of "recover better".

Finally, developing countries are combining climate, gender and youth policies to drive change. Climate ambition has become the basis for a social inclusive approach. Developing countries recognise rightly that women and youth can trigger high ambition, accountability and climate justice. At the five-year mark, the majority of the Climate Promise countries include gender-responsive activities in their work plans. Same goes for youth-related priorities: while in 2015 only 40% of first generation NDCs included direct references to children or youth, 75% of Climate promise countries are now prioritizing youth.

Only last week, while giving the 'state of the planet address', the UN Secretary General spared no words as he warned from the "suicidal" war humanity is waging on nature, a war that will lead to "climate catastrophe". So where are the developed countries in all this? Although some long-term strategies of high emitters are bold and aligned with the goals of the Paris agreement, their timeframes are decades into the future.

The two main needs from developing countries to pursue their ambitions are finance and technical assistance. Article 6 of the Paris Agreement aims to promote international cooperation through carbon markets. For example, countries  can buy carbon credits against infrastructure development such as with the recent Internationally Transferred Mitigation Outcomes (ITMOs) between Ghana and Switzerland. They system might not be perfect, but it injects capital where it is most needed. Switzerland can play an important role in influencing global capital markets in aligning finance with climate action. Developed countries need to look at the leadership legacy of the developing world, see the example set by the most vulnerable, and start increasing their ambition, right here, right now.

Cassie Flynn is a strategic advisor on climate change at the United Nations Development Programme (UNDP). She is head of the UNDP Climate Promise programme, which supports 115 countries under the Paris Climate Agreement. She was the former advisor to the prime minister of Fiji. A graduate of Yale, she was named by Onalytica as the 13th most influential person on climate change in 2017.

This content was published on Nov 20, 2020 Nov 20, 2020 Switzerland and Peru have become the first signatory states to conclude an international carbon offsetting deal under the Paris climate agreement.