The national treasure from canton Ticino died unexpectedly on July 19, 2016. Just two days before, the 80-year-old had performed on Monte Verità near Locarno.

Born in Ascona in 1935, Dimitri already knew he wanted to be a clown at age seven. After an apprenticeship as a potter, he studied acrobatics, ballet, music, acting and pantomime. He won many awards for his artistry. 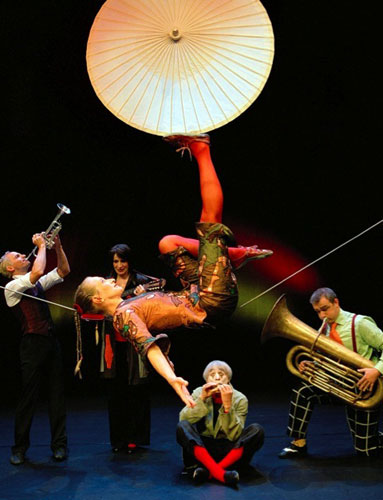 On 42nd street, in the heart of New York's theatre district, La Famiglia Dimitri performs to the delight of both children and adults. In an area ...