Welcome to the first newsletter on direct democracy from swissinfo.ch, the international service of the Swiss Broadcasting Corporation.

In the last five years we have developed a journalistic platform covering active citizenship and participatory democracy both in Switzerland – where the tools of direct democracy are most comprehensively and regularly practiced – and around the world.

This first edition of our newsletter comes after two recent popular votes in Switzerland: on May 19 citizens overwhelmingly approved stronger gun regulations as well as a reform of corporate taxes combined with a financial injection into the pension system.

This content was published on May 19, 2019 May 19, 2019 Voters have endorsed a controversial reform of Swiss gun law to bring it in line with security regulations of the EU.

But not just the Swiss were called to the ballot boxes this spring: in fact, more than two billion eligible citizens across the globe participated in what has been called the most extensive democratic practice ever: from Java to Illinois and from Australia to Austria, elections and referendums took place around the world in April and May.

Rising turn-out rates in mayoral elections in India and Indonesia – and more recently the European elections – show that people are more keen to participate than ever, underpinning the notion that more participation makes representative democracy more representative.

(Speaking of Brussels, here was the reaction of the Swiss press to the recent vote, and here the views of leading Swiss politicians about how Switzerland should deal with the ”new Europe”.) 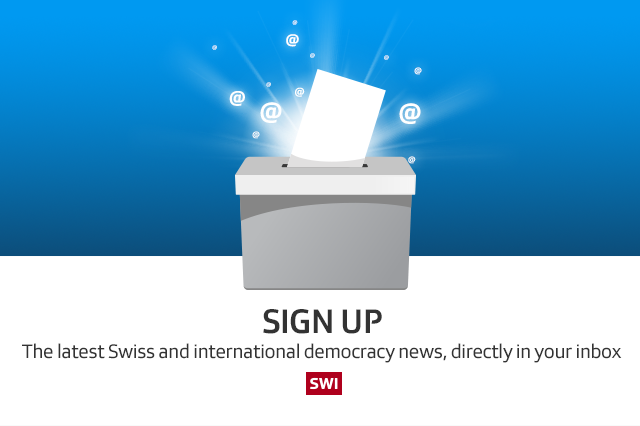 Elsewhere, however, democracy has seen some major setbacks. The latest edition of the V-Dem-Report confirms a worrying trend towards autocratisation at the nation-state level: one-third of the world’s population now live in autocratising regimes, the report finds.

And yet, at the same time, participatory and local democracy is gaining ground in many cities and regions across the globe. Overall, the ranking finds that the five most participatory democracies worldwide are Switzerland, Taiwan, Uruguay, Slovenia and New Zealand.

As swissinfo.ch’s global correspondents for politics and democracy issues, we’re happy and proud to welcome you to the most comprehensive media platform focussing on modern direct democracy in Switzerland and beyond. Welcome to the encouraging and challenging world of #deardemocracy.